The top 3 craft breweries in Kelowna as voted by you

Here’s who you voted as the top three craft breweries in Kelowna for 2018!

This one is hardly a surprise, especially given the recent renovations they’ve made. BNA Brewing Co. snagged gold in this category for the second straight year. After bursting onto the scene three summers ago, BNA has become a staple of downtown Kelowna and there’s plenty of reasons why.

With nearly 10 housemade beers on tap and a lot of other options for beer, wine and spirit drinkers as well, there’s a drink for everyone at BNA. There’s also a large menu of delicious food that changes by the season so there’s always new treats to try out. BNA doesn’t have to be your typical sit, eat and drink bar either, as they’ve recently added six lanes of bowling and plenty of fun arcade games to go with their classic indoor bocce court.

A lot of the breweries in the running for Best of Kelowna this year are relatively new, but that’s not the case for Tree Brewing. Tree Brewing has been around for more than two decades, providing Kelowna residents and visitors with delicious craft beer, and nearly five years ago they opened the Tree Brewing Beer Institute. Located in a nice, intimate spot near the lake on Water Street, the Beer Institute is a great place to go for a pint or even a delicious pizza.

A post shared by Tree Brewing Beer Institute (@treebeerinstitute) on Jul 4, 2018 at 9:15am PDT

Known best for their delicious Hop Head IPA, Tree always has around half a dozen beers on tap in their tasting room. You can always try the Hop Head IPA, Common Ale or classic Pale Ale, along with three or four of their rotating taps, which are usually interesting new creations or your favourite seasonal beers like their Winter Ale. If you’re hungry, try one of their scrumptious pizza creations because it’s easily some of the best pizza in town.

The newest of the three breweries to grace this list, Kettle River Brewing has made a big impact on Kelowna’s craft beer scene in a very short time. A hidden gem of sorts, tucked away on Baillie Avenue in north Kelowna, Kettle River has become a quick favourite for beer drinkers in the Okanagan. Beyond their great beer, the tasting room is a really cool space that hosts events like open mic nights and even the odd yoga session.

But back to the beer, which Kettle River has plenty of. Their three flagship beers, which you can find in 650 ml bottles in liquor stores all over the Okanagan, are their Loose Canoe IPA, Under the Weather Stout and Open Season Saison. If you visit the brewery, however, you’ll be able to try a number of their other tasty creations. The Raspberry Milkshake IPA, Cougars Hand Red Ale and Ahead by a Century Pale Ale are some of their latest brews that have beer lovers rushing back for more. 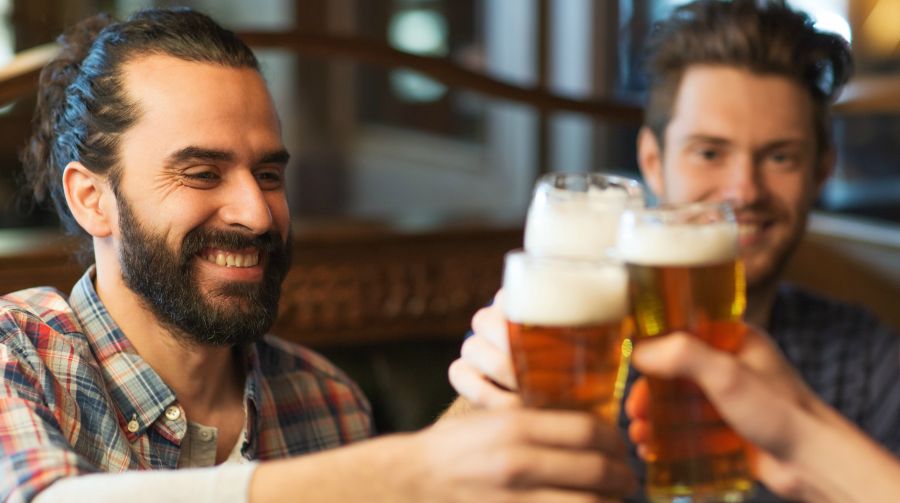 So there’s your top three in Kelowna, do you agree or disagree with the selections that were voted as the Best of Kelowna this year? We have to also give a shoutout to Bad Tattoo in Penticton, which isn’t even a Kelowna brewery but was still voted into a tie for third with Kettle River. There’s also a number of other great craft breweries in Kelowna that were nominated and fell short of the top three this year, but all are worth a try if you’re a beer fan!

Other nominees in this category:

To view the final results for all of the categories in the Best of Kelowna 2018, click here.