More Hungry Mouths to Feed This Year in the Okanagan

Despite Canada's economic and social privilege, we just can't seem to find the resources to feed everyone. In fact, according to the 2014 Hunger Count report by the Food Bank of Canada, since 2008 the number of people utilizing the services offered by the organization has risen 25 per cent. In March 2014 alone, 841,191 people received food from a Food Bank organization across Canada.

“While the level of food bank use clearly evolves in response to larger economic factors like unemployment, the number of people receiving food assistance in Canada has not dropped below 700,000 per month for the better part of the past 15 years,” read a statement from the 2014 Food Bank Hunger Count.

Nationally, the use of food banks has gone up by one percent with six out of 10 provinces claiming an increase this year.

The results are staggering and rather disappointing considering the country's considerable economic stability. Why is it that hunger remains a prevalent issue in 2014? The Canadian Food Bank suggests that the lack of development when it comes to social assistance is partially to blame.

“Given that 50 per cent of households helped by food banks live primarily on social assistance benefits, and that these benefits have largely not increased with the cost of living for about 20 years, the state of social assistance would seem to account for a large piece of the explanation,” reads the report. 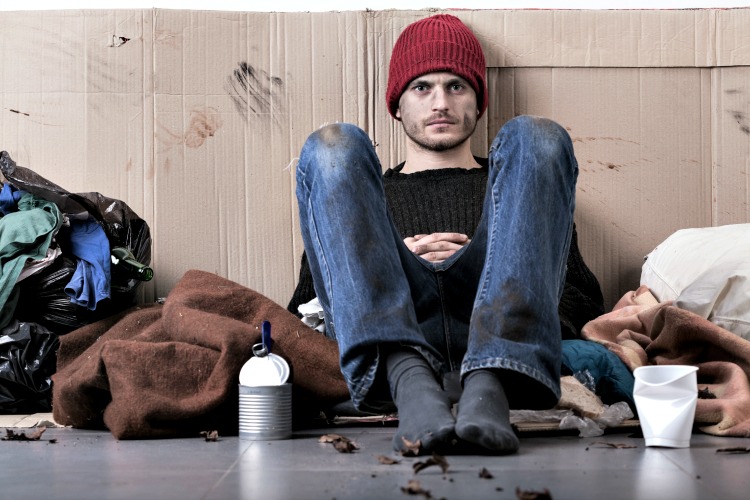 In addition, there are few services provided for low-income individuals without children. Parents can rely on the Canada Child Tax Benefit for some assistance, although not much, but the unattached, employed individuals do not have access to similar services.

There are several other reasons for the increase use of food banks across the country including, lack of education assistance, lack of affordable housing for Canadians, and decreased assistance programs for those with disabilities. For the full detailed report, click here.

Food Bank Canada concludes their report with a few recommendations they believe will significantly reduce the need for food banks in Canada:

-investments in affordable housing at the federal level.

-allocating additional funds towards education in order to help Canadians with low levels of literacy to upgrade their skills for the jobs of today.

Sadly, the percentage of funding and investment for social programs, healthy food initiatives, and job employment sectors is more often than not, well below the 50 per cent mark. Whereas, the percentage of those individuals relying on Canada's Food Bank program continues to rise.

An increase percentage of food bank users will undoubtedly put a strain on resources. In the Central Okanagan specifically, the Food Bank will need help during the winter months as more and more individuals will utilize the organization's services. To get involved, check out the Food Bank website.