The captain of the Kelowna Rockets is turning heads at Team Canada’s National Junior Summer Development camp in Sherbrooke, Quebec.

Madison Bowey scored the final goal of the game halfway through the third period to lead Canada to a 5-2 win over Russia in exhibition play. Bowey scored on his only shot on goal during the game, but his defensive play was also critical to the win. His goal-line save in the second period preserved the healthy lead for Canada. 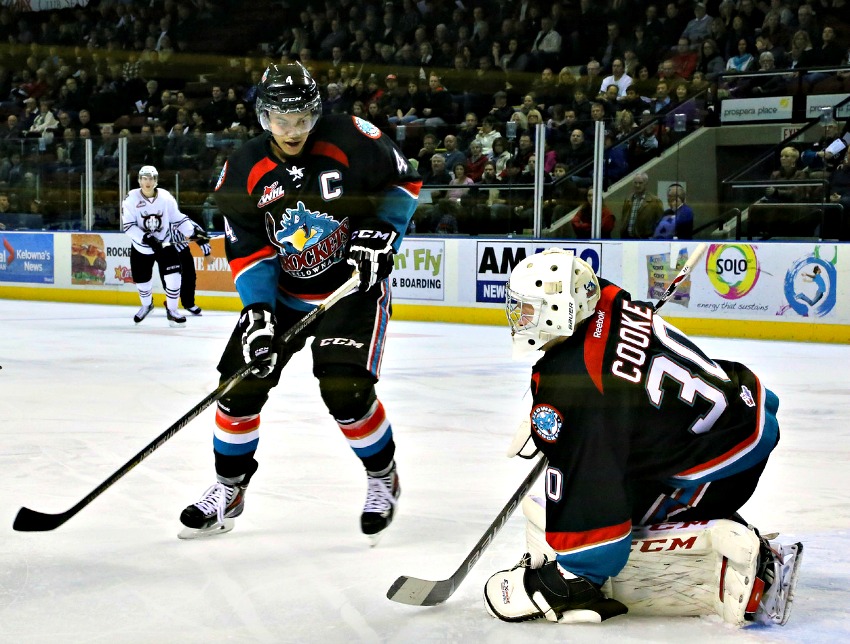 Canada also defeated the Czech Republic squad on Tuesday, but Bowey was not in the lineup for that game.

Bowey was an offensive force for the Rockets last season, putting up a club-record 21 goals by a defenseman. He gained some consideration to crack the Under-20 roster in December, but was ultimately passed over as an 18 year-old. This year, Bowey entered as one of the older players at the camp, and his maturity showed in Wednesday’s win.

The Winnipeg native was selected in the second round of the 2013 NHL draft and is entering what is likely to be his fourth and final full season with the Kelowna Rockets this fall. Team Canada continues their week-long exhibition series Thursday against Russia once more before ending the tournament with another game against the Czech Republic on Friday.