It was a scary few hours on the Coquihalla Highway Monday evening after a semi caught fire and closed the highway. 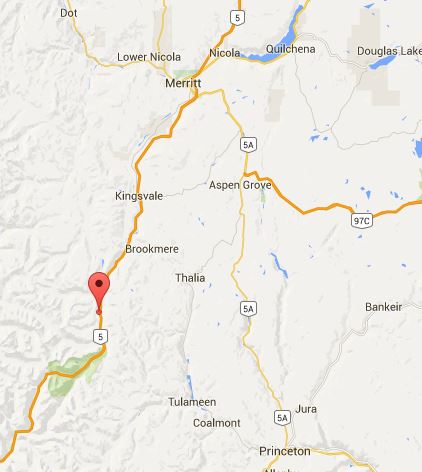 The north bound lane of the highway was closed between Hope and Merritt due to the fire, and motorists were stuck on the road for several hours. According to witnesses, the semi-truck jackknifed and the trailer caught on fire as a result. It is unknown what caused the fire about 55 kilometres south of Merritt. 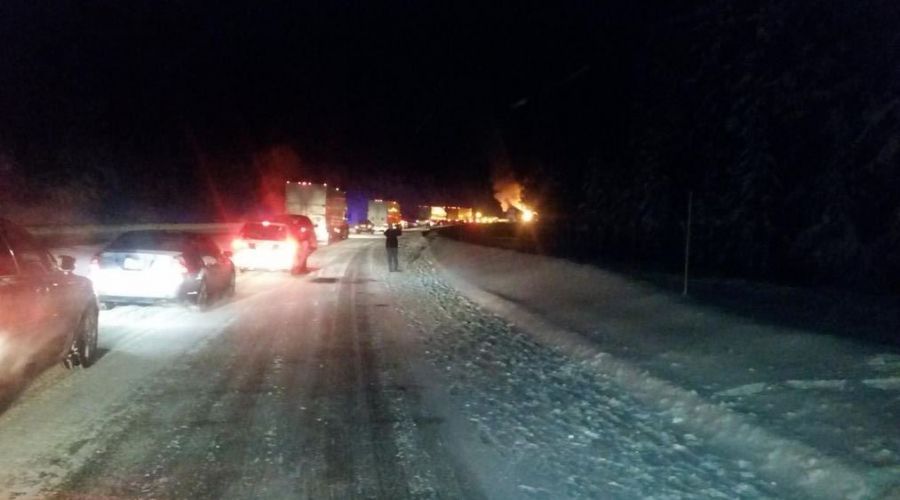 A single north bound lane was opened to traffic near the Coquihalla Summit just after midnight and motorists were allowed the pass through the area. The highway has since fully reopened but conditions on the highway are considered very slippery. There is compact snow and black ice being reported by motorists along Highway 5 as well as the Okanagan Connector.

Finally got through the #Coquihalla blockage!!! The truck was almost burnt to nothing so scary. Hope the driver's ok pic.twitter.com/NBoUQrsCTU