A hiker in her late 50s had made her way to the top of Bitter Root Trail. On her way back down, however, she'd slipped and severely injured her ankle.

Nine COSAR members came to her rescue, including one truck, two ATVs, and one motorcycle. After reaching the injured woman, they treated her ankle and evacuated her with an ATV. An ambulance was waiting at the bottom of the trail to transport her to Kelowna General Hospital where she was treated for her injury. 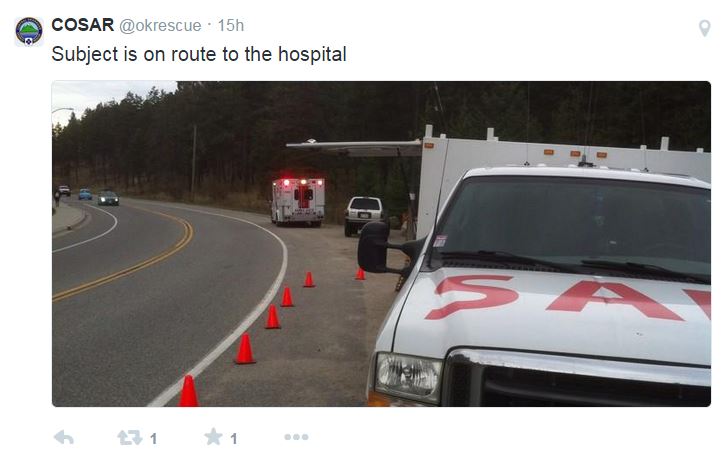