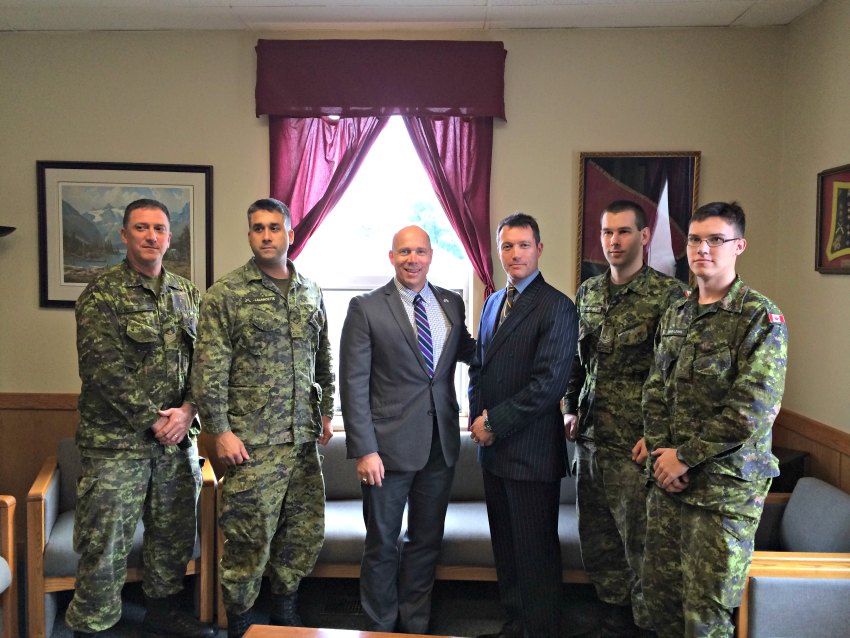 Kelowna Lake Country MP Ron Cannan was on hand to welcome a new Kelowna and Canadian citizen who was able to gain citizenship through the recently launched fast track provision. Available to those who are members of the Canadian Armed Forces, the new citizenship reform helped Lieutenant Colonel Michael McGinty become a Canadian one year faster than normal.

The new measures improve the Citizenship Act in four ways, according to Cannan.

“Firstly to reinforce the value of citizenship, secondly to strengthen the integrity of the system and counter fraudulent attempts to gain citizenship,” explains Cannan. “Third is to improve the process by which new comers become Canadian citizens and help applicants get their citizenship sooner and lastly, we honour those who helped serve our country and the Canadian Armed Forces and fast track their citizenship.” 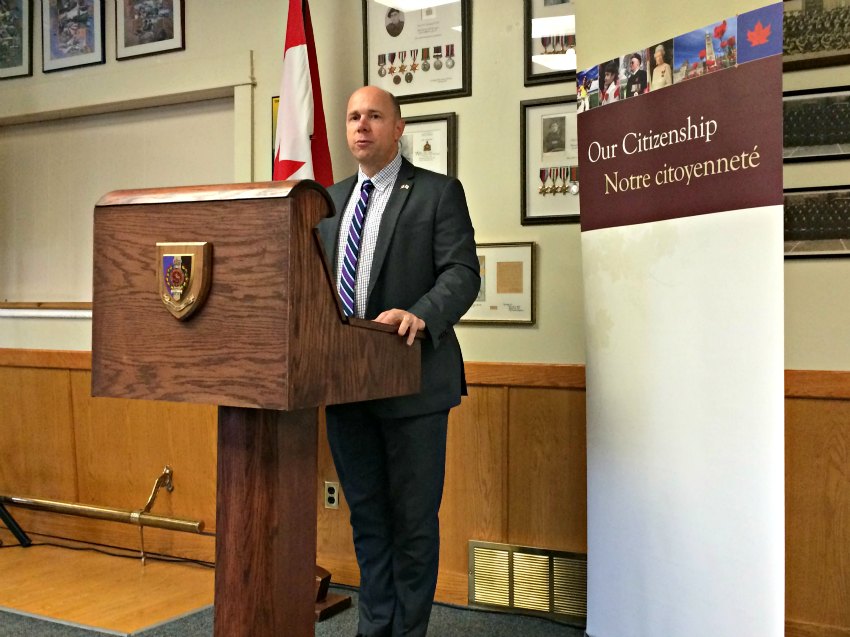 On September 12th, 2014 McGinty became the first person in Kelowna to become a Canadian citizen under the new measures. McGinty, originally from the United Kingdom, said the decision to bring his family to Canada was an easy one.

“Much of the reason I brought my family to Canada is because of Canada’s global reputation as a nation that not just recognizes but perpetuates those values of citizenship,” said McGinty. “Not only at home but overseas, I am extremely grateful to the government and people of Canada for having offered this fast track of citizenship for those of us who were not citizens but nevertheless served with the Canadian Armed Forces and have been recognized for having stood on guard for Canada.” 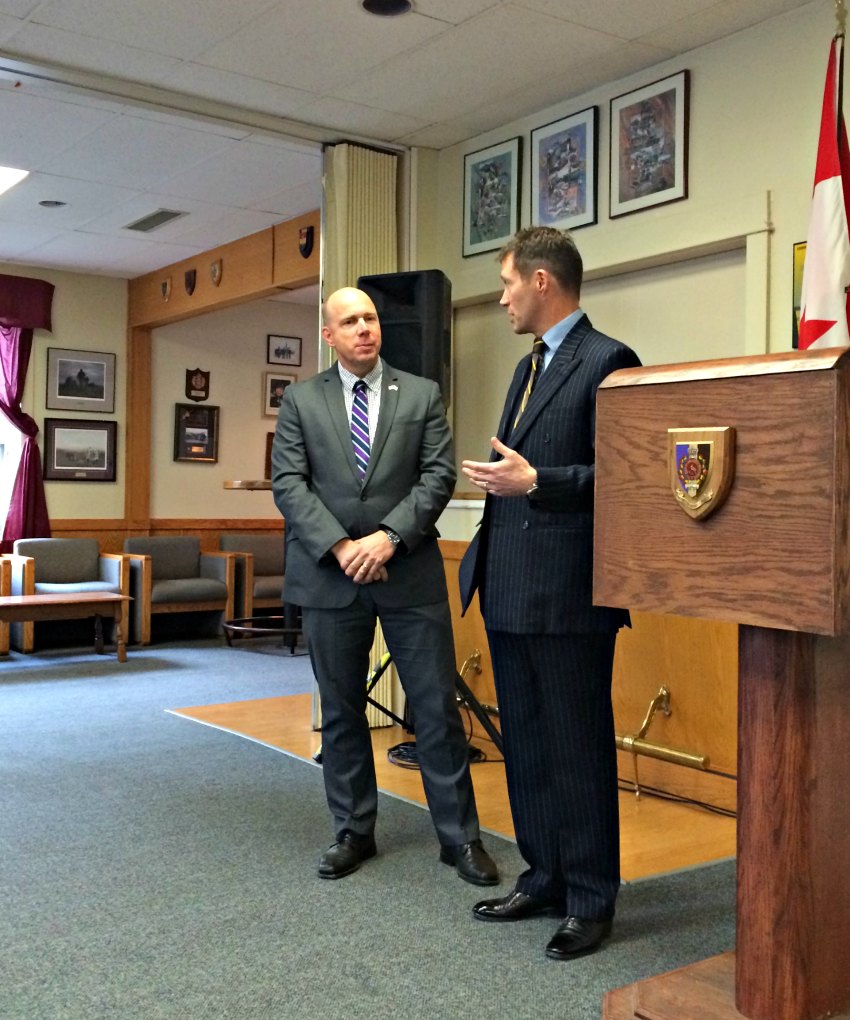