On Wednesday, the Coquihalla Highway (Hwy 5) reopened to all forms of traffic just two months after it suffered significant damage in a mid-November storm.

Much like the highway reopening to commercial traffic on Dec. 20, the news came as a shock to many as the early estimates pegged the route to be shut down for months.

Transportation Minister Rob Fleming called the early reopening “another significant milestone in our recovery from the devastating storms” that battered the province in November.

However, the minister also warned drivers that it is not the same Hwy 5 as we’ve known before the recent storms.

“Some stretches of the Coquihalla are two-lane traffic only with one lane in each direction and multiple speed reductions are in place,” he explained. 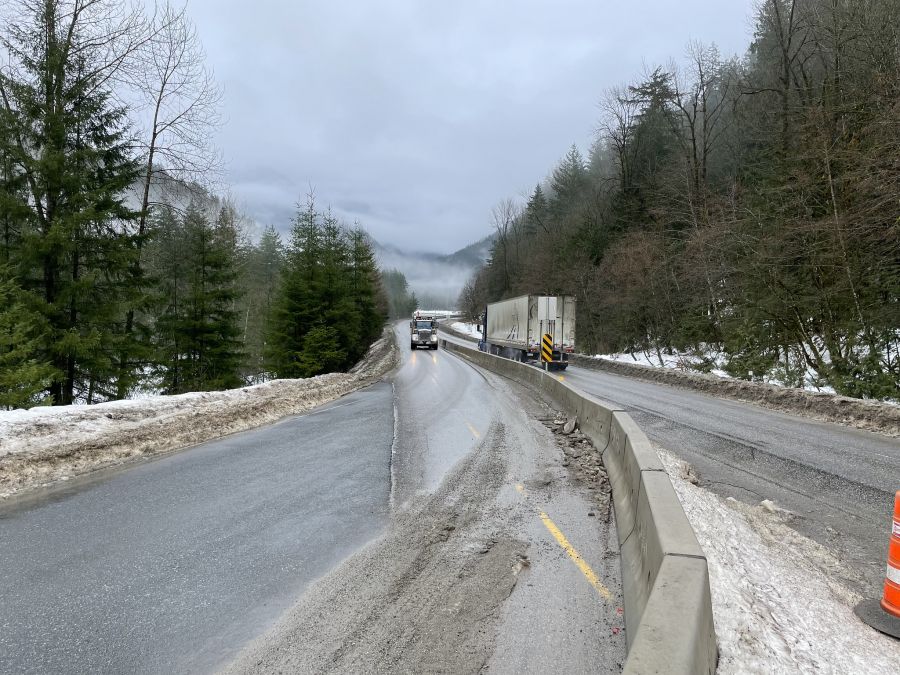 Most have not had a chance to drive Hwy 5 since it opened 48 hours ago, but a BC-based trucker did the trip for the first time on Wednesday.

He said he is “beyond amazed” at the state of the highway, adding that the work done “is so incredible that the delays were less than what we had in the summer from construction.”

He posted a timelapse of his journey, giving people a chance to see some of the work done in areas that were damaged the most and get a glimpse into the monumental temporary repairs.

That includes spots like Bottletop Bridge, Kingsvale Bridge, Murray Flats and the Othello area, where the route is barely recognizable due to the changes.

His full journey is available to watch here, but a slightly shorter version that cuts out the area between Merritt and Coldwater that saw little damage can be watched below.