The federal government has approved the controversial Trans Mountain pipeline expansion in B.C. and Alberta, as well as the Line 3 pipeline replacement from Alberta to Manitoba.

Meanwhile, it has rejected the Northern Gateway pipeline proposal, and put a moratorium on crude oil tanker traffic on B.C.’s northern coast. 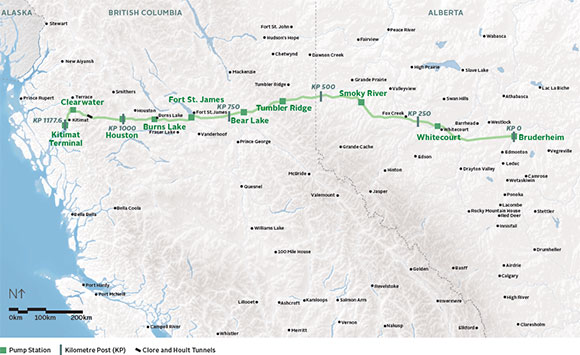 In a press conference this afternoon Prime Minister Justin Trudeau said the four decisions “were all made after rigorous consultation and examination of the evidence,” and that together, they will “spur Canada’s clean energy transition.”

Speaking about Enbridge’s Northern Gateway Pipeline, Trudeau said the government decided to dismiss the application in part to protect the sensitive ecosystem of the Douglas Channel, which is part of the Great Bear Rainforest in B.C.

The proposed twinned pipeline would have carried natural gas and diluted bitumen from Bruderheim, Alberta to Kitimat, British Columbia.

Trudeau also said his government would soon put into law a moratorium on crude oil tanker traffic off of B.C.’s northern coast, a decision he said was made after consultation with local indigenous groups.

Trudeau said the government’s approval of Kinder Morgan’s Trans Mountain Pipeline was the “right thing” for the country. The project, he said, meets the “strictest” environmental standards, and Kinder Morgan will have to adhere to 157 binding conditions to move the project forward.

According to the federal government, the $6.8-billion project will create 15,000 new jobs during construction, as the existing pipeline from Edmonton, Alberta to Burnaby, British Columbia is twinned.

“We have made this decision because we are convinced it is right for B.C.,” Trudeau said.

Meanwhile, the Prime Minister said his government chose to move ahead with the Line 3 replacement, which will replace more than 1,000 kilometres of aging pipeline from Alberta to Manitoba, because of the “obvious economic benefits” and to make it more safe. 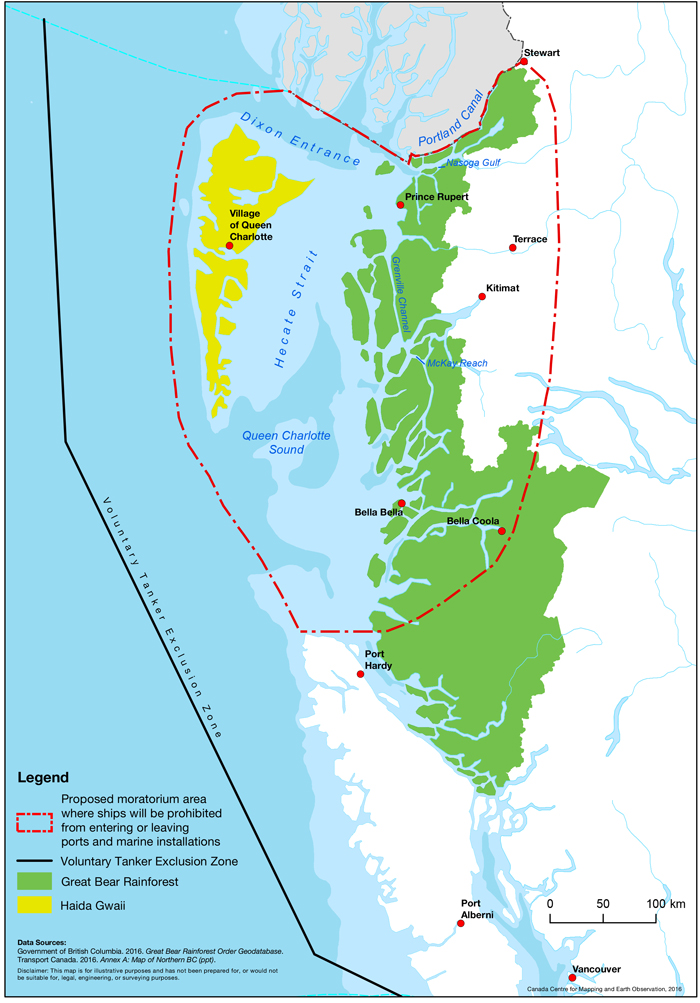 The project, he said, will create 7,000 jobs and can only move forward if the company adheres to 37 binding conditions from national energy board.

Trudeau, along with Minister of Environment and Climate Change Catherine McKinna, said the suite of decisions are part of the government’s strategy to eventually transition away from fossil fuels.

McKinna pointed out that production from the Alberta oil sands is expected to increase in the near future, and current pipelines are at capacity. Not having the pipeline infrastructure to move the product means it will have to be moved by rail, a much more expensive, dangerous and environmentally harmful method.

Trudeau said the transition off of fossil fuels “can’t be done right now .. it has to be built over the coming months and years. And that’s exactly what this decision is all about.”

Critics were quick to jump on the decision to approve the Trans Mountain pipeline. 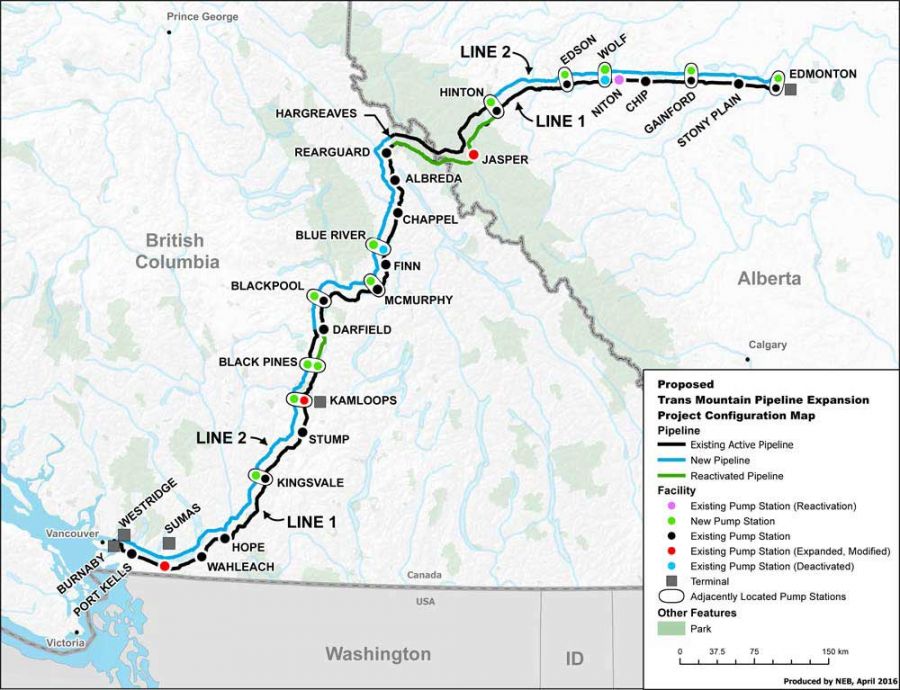 Andrew Weaver, the leader of the B.C. Green Party, said Trudeau “has betrayed the trust of British Columbians,” as his government “steamrolls” their pipeline agenda over First Nations and B.C. communities.

“Canadians, and especially British Columbians, have said loud and clear that we don’t want this reckless pipeline coming anywhere near the Pacific coast,” said Peter McCartney, Wilderness Committee Climate Campaigner. “To ignore the deeply held views of the vast majority of people who live on this coast is outrageous.”

“The federal government’s approval is a betrayal of promises made in the last election to act on science, gain public approval and respect Indigenous rights. People are furious that they have been lied to,” McCartney continued.

At the press conference announcing the decisions, Trudeau said he accepts that not everyone will agree with his decisions, but that they were made in the best interest of all Canadians.

Rona Ambrose, the interim leader of the Conservative Party of Canada, said she was disappointed with the government’s decision to reject the Northern Gateway Pipeline.

The decision, she said means 4,000 jobs will disappear, and “billions of dollars of economic opportunities” have been thrown out the door.

She said the Trans Mountain pipeline “has very little chance of being built,” and that the government should have “left all options on the table.”