Bloomberg released it's 2017 World Health Index today and the world's healthiest country may come as a bit of a surprise.

Italy, the land known for pasta, pizza and wine has been named the healthiest country by the index. 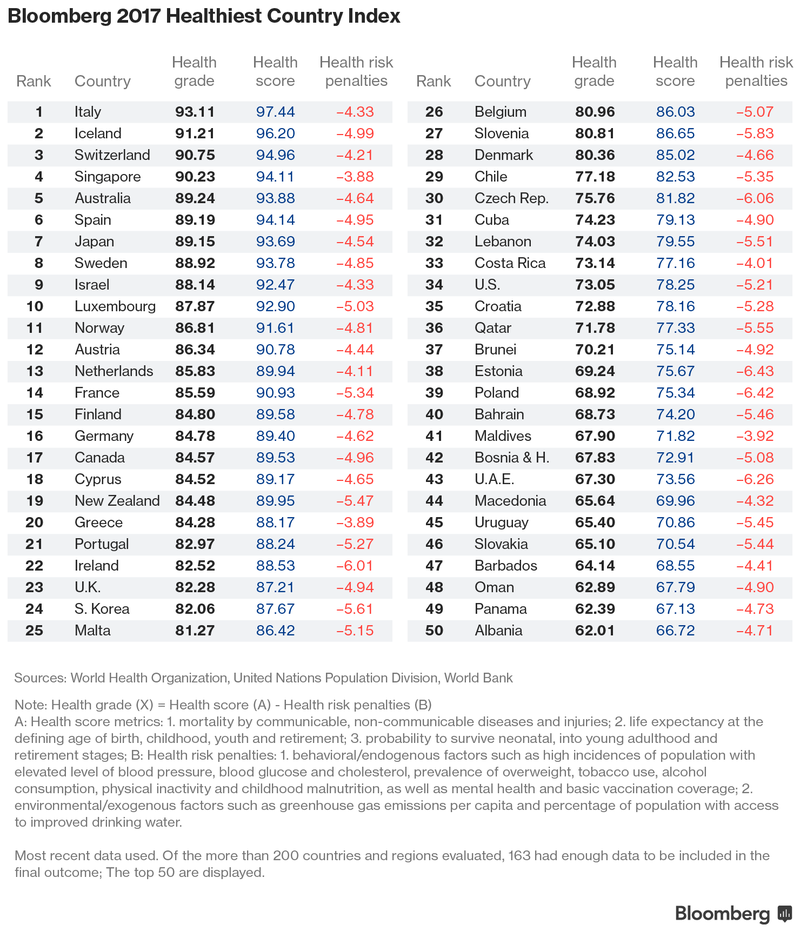 The index, released on Monday, graded 163 countries based on variables such as life expectancy, causes of death and health risks such as high blood pressure, malnutrition, the availability of clean water and tobacco use.

Italians are in better shape than their peers in other developed nations, with lower blood pressure and cholesterol, Bloomberg found.

Canada entered the index at 17th place with an index score just over 10 points off the healthiest country at 84.57. 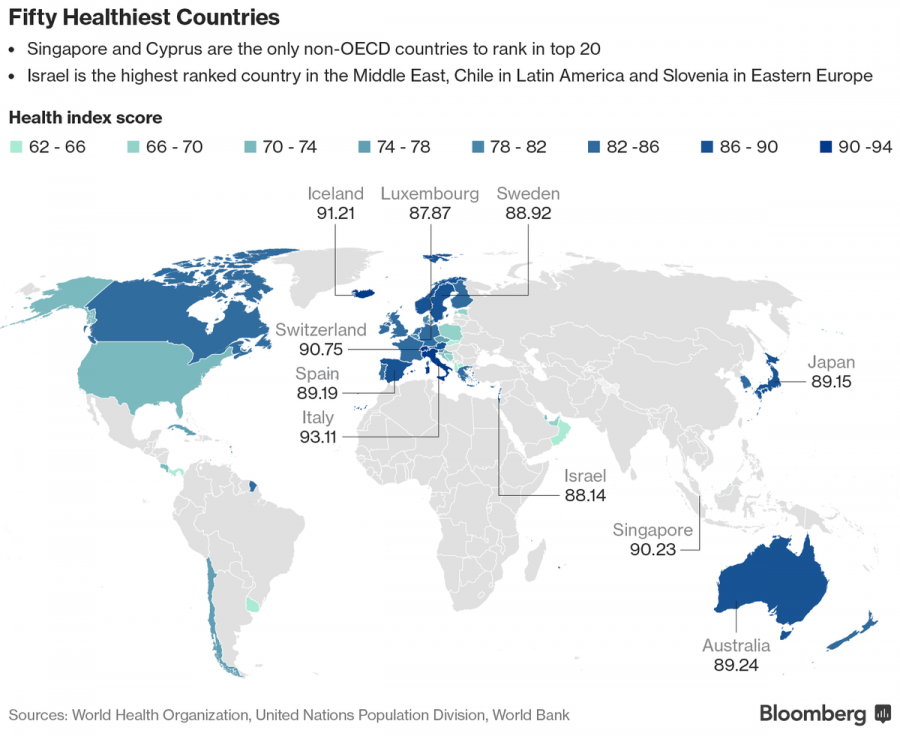