A report released on Wednesday by Clean Energy Canada reveals great news for the environment and supporters of clean renewable energy.

As revealed in The Transition Takes Hold, the latest report in Clean Energy Canada’s annual Tracking the Energy Revolution series, renewable energy has been the preferred choice for new power since 2011.

As well, clean energy is meeting - as well as sometimes beating out - fossil fuels as the world's lowest-cost source of electricity. 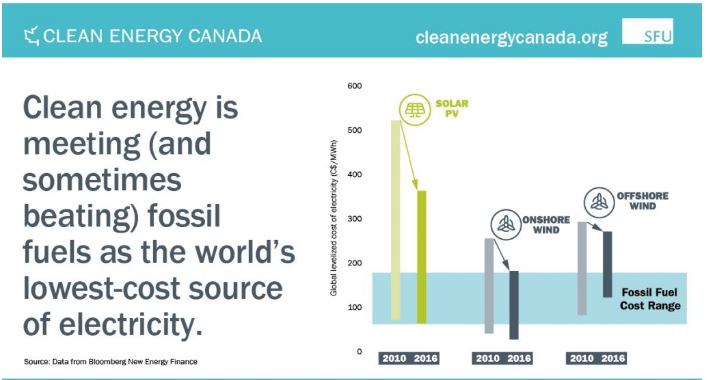 According to Dan Woynillowicz, Policy Director of Clean Energy Canada, the report reveals great news both for the environment and economies worldwide.

“Thanks to falling technology costs, many renewables are competing with fossil fuel alternatives, creating new jobs and cutting pollution. And those costs are projected to keep dropping," " said Woynillowicz.

Indeed, 6.7 million people worked in clean energy worldwide in 2015. And employment in this sector is projected to rise, with the world’s three largest electricity markets - China, the United States and India - increasing their investments into clean energy each year. 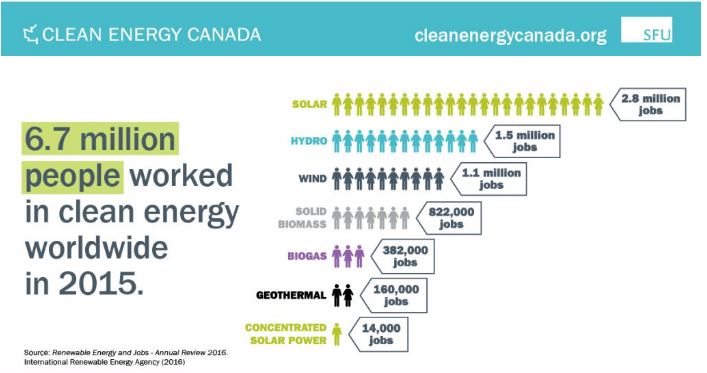 “The clean energy transition now appears irreversible. In developed and developing countries alike, fossil fuels are being beat out by renewable power that is clean, increasingly cost-competitive and a source of economic opportunity," said Smith.

As well, the report reveals massive economic opportunities for Canada.

“China, India, the U.S. and Europe are actively seeking clean energy solutions, and Canada is well-positioned to deliver them with some of the world’s most promising clean energy technology companies," said Smith. 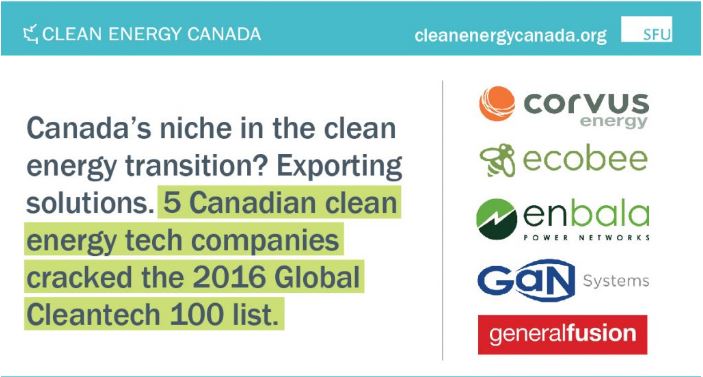 Granted that the information provided by the report is accurate, it's only good news for Canada's environment and economy.