(Update: Oct. 17 at 1 pm): A group of oil and gas supporters is planning a counter−rally when Swedish climate activist Greta Thunberg shows up at the Alberta legislature.

Glen Carritt, who organized the United We Roll convoy that travelled to Ottawa in February, says a similar convoy will start in Red Deer, Alta, on Friday morning and make its way to Edmonton.

Carritt says the trucks are expected to arrive at the legislature at noon, when a climate rally is to begin with 16−year−old Thunberg.

He says Albertans in the oil and gas sector are frustrated with celebrities visiting the province and telling them how to run their business.

Premier Jason Kenney has said the Alberta government won’t seek out a meeting with the teen, but hopes she takes time to learn how the province has some of the greenest oil and gas rules in the world.

(Update: Oct. 16 at 11am): Teenage climate activist Greta Thunberg will be joining protesters at a rally outside the Alberta legislature on Friday.

Climate Justice Edmonton and Extinction Rebellion are among the hosts of the "Strike for Climate Action" event.

On the event's Facebook page, the hosts have written: "OUR HOUSE IS ON FIRE — LET’S ACT LIKE IT." 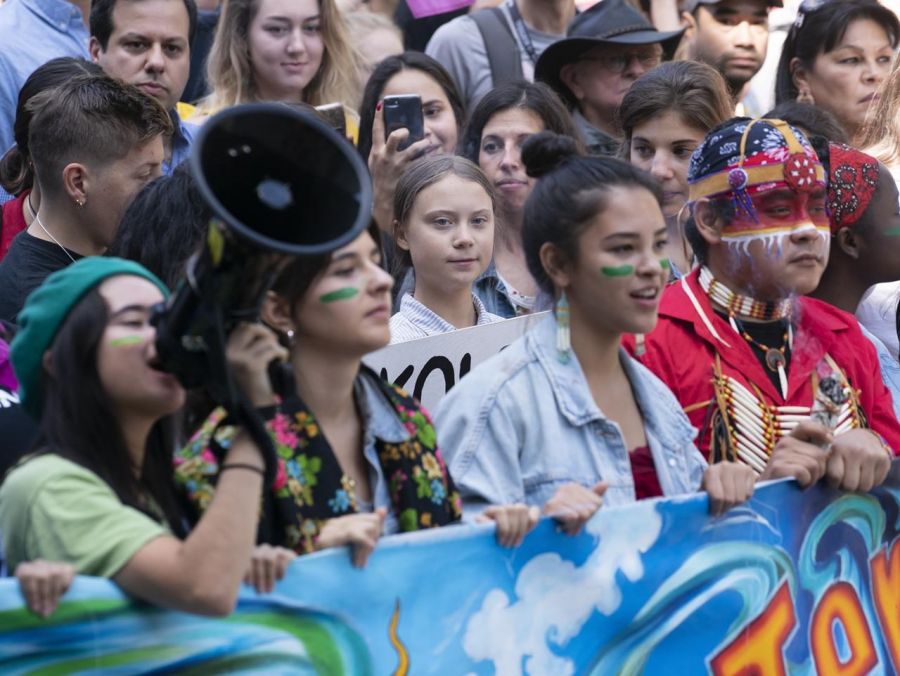 They added: "Here in the heart of oil country, young people are at the forefront of fighting for a liveable future."

(Update: Oct. 15 at 2:25 pm): The Alberta government won’t seek out a meeting with teen climate activist Greta Thunberg, but Environment Minister Jason Nixon said he hopes the Swedish girl takes time to learn about the province’s oil and gas industry.

"We have the most environmentally friendly place in the world to produce oil and gas products."

The 16−year−old Stockholm student is currently touring North America and took to social media on the weekend to say she will be visiting Alberta in the coming days. She didn’t say when or what she will be doing.

Her media co−ordinator, Connor Turner, said in an email that he could not provide details of her itinerary. 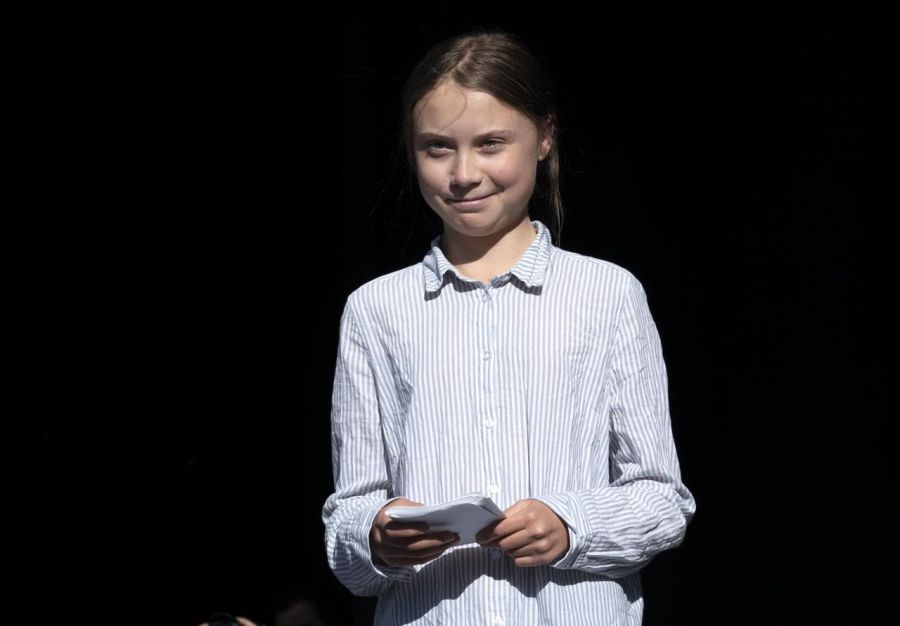 NDP Opposition Leader Rachel Notley urged Alberta’s United Conservatives to meet with Thunberg as part of a larger commitment to embrace climate change as a reality and to do something about it.

"While I obviously don’t agree with every prescription that Greta is proposing, I definitely do agree that we have a (climate change) problem and we need to take that problem seriously," Notley said.

"We need to be leaders. We don’t need to be cowards. What’s happening right now, by blaming everybody else, our premier is being a coward."

Edmonton Mayor Don Iveson and Calgary Mayor Naheed Nenshi have both said they would meet with Thunberg to discuss their climate initiatives.

Thunberg has become a lightning rod of debate over climate change, being lauded as a plain−speaking trailblazer and vilified as a misguided melodramatic doomsayer.

In Alberta, she will find herself in the vortex of an increasingly angry and polarized debate: how to meet and prosper from the reality of a present−day carbon economy while embracing a greener, low carbon future.

Premier Jason Kenney and his government have blamed the federal government and the previous NDP government in Alberta for impeding pipelines and driving down oil and gas investment.

The province has launched a $30−million war room and a public inquiry targeting those they believe are funding and encouraging eco−protesters to shut down Alberta’s nest−egg industry.

It has also killed much of a climate change plan brought in by Notley, which included a consumer carbon tax, shutting down coal−fired electricity generation and moving to more renewable energy sources such as wind and solar.

Kenney’s government said the solution is technology, and in the coming weeks his government will introduce a new plan to tax large−scale greenhouse gas emitters to fund technological innovation.

Notley said what Kenney and his United Conservatives should not do is further polarize the debate as they did two weeks ago, when demonstrators marched on the legislature as part of a global day of action on climate change.

No one from the government spoke and staff in the premier’s communications office put signs up in windows saying "I Love Canadian Oil and Gas."

The NDP labelled the signs a juvenile stunt. The signs remain in the windows.

Notley said if that happens again with Thunberg, the UCP won’t be able to undo the bad press it will create.

(Original story: Oct. 13 at 11:15 am): Teenage climate activist Greta Thunberg is heading to Alberta, she has announced.

The 16-year-old Swede has been at the centre of recent environmental action in the Western world, attracting enormous amounts of media attention.

She addressed the United Nations and met Prime Minister Justin Trudeau in September.

Heading north again. Now follows a few days of well needed rest while enjoying the spectacular nature of Wyoming, Idaho and Montana. Then on to Alberta, Canada! #slowtravel pic.twitter.com/iTfyF9ROCb

“Now follows a few days of well needed rest while enjoying the spectacular nature of Wyoming, Idaho and Montana.

“Then on to Alberta, Canada! #slowtravel”.

In response, the United Conservatives – the party of Alberta premier Jason Kenney – posted a statement on their Facebook page.

A spokesperson explained that Premier Kenney has "high hopes" for Thunberg's visit.

"We trust that Ms Thunberg will recognize Alberta’s leading human rights and environmental standards, especially in comparison to oil-producing dictatorships such as Saudi Arabia, Iran, Russia and Venezuela – which she will presumably visit next – as well as major growing emitters like China,” the spokesperson said.

Thunberg’s fame began when she led demonstrations outside Sweden’s parliament, skipping school once a week to highlight her concerns about global warming.

Last week in South Dakota, she spoke about the Keystone XL pipeline, which is designed to take oil from Alberta into the US.