Finance Minister Chrystia Freeland drew a direct link between Canada’s economic and national security on Thursday as she defended the Liberal government’s decision to declare a public order emergency to end the "Freedom Convoy" protests.

The assertion came during her testimony to the Public Order Emergency Commission, where the government has faced questions about the legal basis upon which it invoked the Emergencies Act in February to clear protesters from Ottawa and several U.S. border crossings.

That comment appeared to provide the clearest insight yet into the Liberal government's rationale for using the Emergencies Act, which gave police and financial institutions extraordinary powers, for the first time since it became law in 1988.

The act identifies a public order emergency as a threat to Canada’s security, as defined in the Canadian Security Intelligence Service Act. 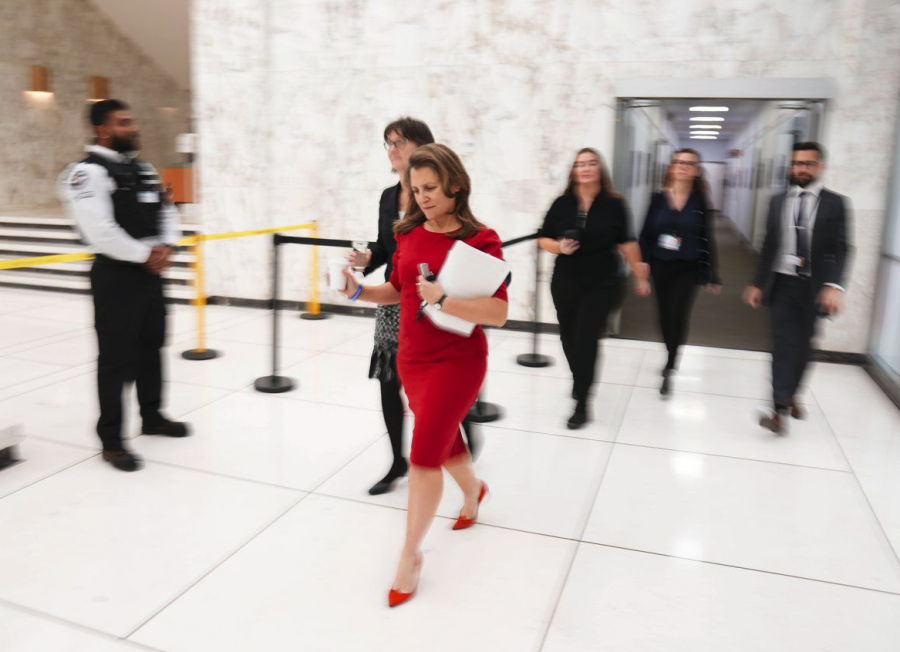 That definition includes espionage or sabotage of Canada’s interests, foreign influence, acts of serious violence against people or property with political, religious or ideological objectives, or the violent overthrow of the Canadian government.

But while the clerk of the Privy Council testified last week that the government took a wider interpretation, including threats to Canada’s economic security, the federal Liberals have refused to release the legal advice that formed the basis of their decision.

Freeland testified that the protests coincided with a period of fragility for the Canadian economy, with supply chain challenges, American plans to exclude Canada from electric-vehicle incentives and the looming Russian invasion of Ukraine all causing uncertainty.

Freeland, who is also deputy prime minister, said she did not initially involve herself in dealing with the protests, which started on Jan. 29 when thousands of people and dozens of trucks gathered in downtown Ottawa to protest COVID-19 vaccine mandates and pandemic restrictions.

But when protesters blocked the Ambassador Bridge in Windsor, Ont., the busiest trade route between Canada and the U.S., she said: "From a finance, economic perspective that escalated things exponentially. That's what made it a hugely significant economic action."

The White House was also seized with the Windsor bridge blockade as the director of U.S. President Joe Biden's national economic council, Brian Deese, made it clear to Freeland that the United States wanted Canada to get the situation under control. 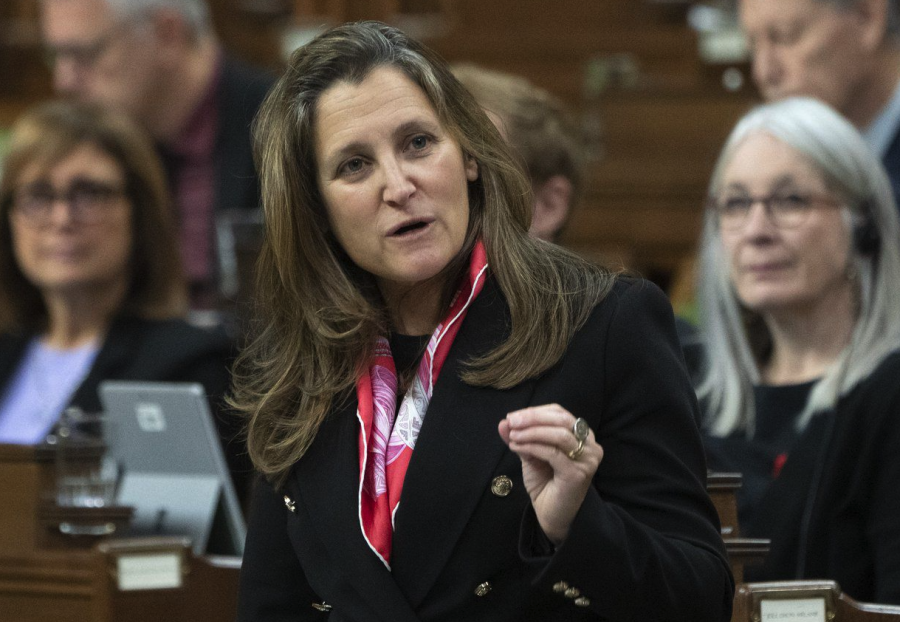 The commission was shown an email exchange between Freeland, her chief of staff and deputy minister following the Feb. 10 call from Deese, where Freeland wrote: "They are very, very, very worried."

She added: "If this is not sorted out in the next 12 hours, all of their northeastern car plants will shut down."

Freeland had spent a lot of time trying to convince Deese in 2021 that the U.S. needed to create an exemption for electric-vehicle incentives that initially excluded Canada, the inquiry heard Thursday.

Part of her persuasion was making the point that Canada was a reliable trading partner — a reputation that Freeland testified was challenged once protesters began blockading the Ambassador Bridge.

Freeland repeatedly raised the spectre of the U.S. opting to decouple its economy from Canada if the protests were allowed to continue, which she suggested would have a profound impact on Canadians and the country's overall economy.

There was concern U.S. protectionists would use the convoy blockades as a way to advance their own interests, she testified.

"They're the people in a steel mill in Hamilton who would lose their job as that relationship fell apart, the people in an aluminum smelter in Quebec," she said.

Freeland also told the inquiry that by Feb. 13, she had started hearing concerns from some of Canada’s banking CEOs. Following a call held that day, a Sunday, she testified thinking to herself: "Wow, this is really serious."

A readout from that call shows some CEOs suggested the government list some of those involved in the protests as terrorists, which could allow banks more quickly choke their funds.

Undated handwritten notes taken by Freeland, which were submitted into evidence at the inquiry, appear to confirm that a terrorism designation was one way to allow banks to freeze assets.

It was the same day as the call with the bankers, Feb. 13, that cabinet met to discuss invoking the Emergencies Act. They announced the special measures on Feb. 14, including economic orders that gave financial institutions the ability to freeze the accounts of convoy participants.

Besides the economic damage the blockades were creating for Canada, Freeland also said she was worried about Russia's impending invasion of Ukraine, which she was hearing from intelligence sources could happen any day.

According to the summary of her pre-interview, Freeland told commission lawyers that had the invasion happened while the convoy protests still raged, it would have "completely discredited Canada as an ally in support of Ukraine."

It said Freeland noted how Russian media would have "been focused 24/7" on the protests in Canada, which would have made the country appear weak.