(UPDATE: July 5 @ 10:35 am): The Crown is seeking to revoke bail for Tamara Lich, a leader of the Freedom Convoy, after she appeared alongside a fellow organizer in an alleged breach of her conditions.

Lich was charged in February with mischief, obstructing police, counselling others to commit mischief and intimidation for her role in the massive protest against COVID-19 restrictions that gridlocked downtown Ottawa for more than three weeks.

She was released the next month with a long list of conditions, including an order not to communicate with key convoy organizers except through counsel or in the presence of counsel. She was also banned from using all social media.

Crown prosecutor Moiz Karimjee told an Ottawa court on Tuesday that Lich breached one of her conditions by being seen with fellow protest leader Tom Marazzo at a recent gala, where she accepted an award for organizing the protest.

He argued that she should be detained. 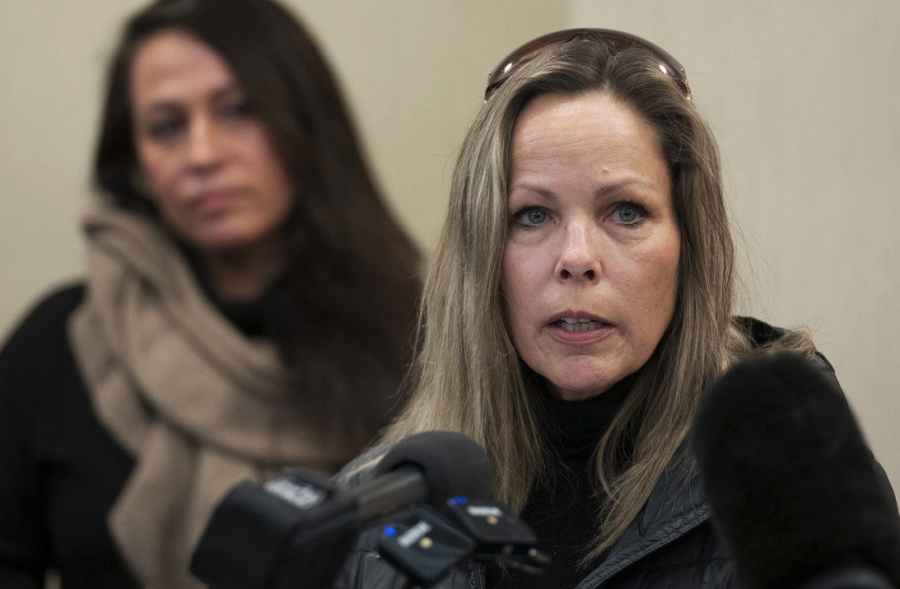 Lich's lawyer, Lawrence Greenspon, said he will contest the revocation of Lich's bail and seek her release with conditions.

Ottawa police Det. Chris Benson, who is the lead on Lich’s case, told the court he reviewed video of Lich and Marazzo appearing together at the awards gala.

Greenspon asked Benson if he knew of any other evidence that Lich and Marazzo communicated before or after the brief interaction in the video, which took place in "less than three seconds."

He asked the detective if he was aware that some lawyers from the Justice Centre for Constitutional Freedoms were present, some of whom are acting as her lawyers in civil matters.

Benson said he believed a photograph showing Lich, Marazzo and others posing together at the award ceremony shows that she breached her conditions due to her physical closeness to him.

Lich monitored the hearing remotely from an Ontario detention centre, watching on video conference and listening in from a cellphone, her blond hair in a high bun.

Both Marazzo and Lich were key spokespeople of the winter convoy protest. Marazzo is also a leader of a group called Veterans 4 Freedom, which staged several rallies in Ottawa over the Canada Day weekend.

Police sought a Canada-wide arrest warrant for Lich for the alleged breach of her bail conditions and she was arrested last week in Medicine Hat, Alta., where she lives.

Benson said he oversaw Lich’s transport from Alberta to Ottawa after she was arrested.

Lich's surety, whose identity is protected by a court-ordered publication ban, said they became aware of the photo of Lich and Marazzo a few days after the event, and immediately contacted Lich about it out of concern that a possible violation of bail conditions took place.

The surety explained that Lich assured them that legal counsel was present at the gala.

Greenspon pointed out the evidence brought against Lich to argue she broke the bail condition consists of a very brief congratulatory interaction between her and Marazzo, adding lawyers approved the photo and were just off-camera.

He argued Benson didn’t provide any evidence that contradicted the terms of the bail conditions.

"These actions were so minimal as to amount to not being prosecuted, let alone convicted," he said.

The purpose of the bail condition was not to preclude the brief interaction and photo that took place, Greenspon said — rather, it was to prevent a similar event to the one that took place in Ottawa earlier this year. He argued the interactions in question do not risk reoffence.

The matter should have been brought to a judicial referral hearing or some other recourse rather than the Canada-wide warrant that has led to Lich being detained for nine days, he said, noting an email showing the Crown sought the expansion from an initial Ontario-wide warrant.

Justice of the Peace Paul Harris reserved his decision until the next court appearance on Friday.

Lich is charged for her role in the Freedom Convoy along with a co-accused, Chris Barber, who remains out on bail.

On Tuesday morning, Barber's lawyer was granted a publication ban on court documents showing Barber's cellphone communications, except for those with Lich.

(Original story: July 5 @ 5:10 am): Tamara Lich, an organizer of the Freedom Convoy, is set to appear in an Ottawa court today for a bail hearing after being arrested last week for allegedly breaching one of her bail conditions.

She was arrested in Medicine Hat, Alta., where she lives, on a Canada-wide arrest warrant sought by the Ottawa police.

Police transported her to the capital and she briefly appeared before an Ottawa judge on Thursday before remaining in custody over the weekend.

Lich was a key figurehead of the massive protest that overtook the capital’s downtown streets for more than three weeks in February.

She and fellow protest organizer Chris Barber are jointly accused of mischief, obstructing police, counselling others to commit mischief and intimidation.

She was released with a long list of conditions, including a ban from all social media and an order not to support anything related to the Freedom Convoy.

Police have not said which condition she's accused of breaching.