In all of Ryan Mihilewicz's 47 years, he's never seen anything like it.

"It's like a rolling rock concert," said the trucker from Prince Albert who's driving in Freedom Convoy 2022.

"I've never experienced anything like it in my life and likely never will again. It's amazing. The convoy stretches 50 to 60 kilometres and in every town and all along the highway people are honking and waving and cheering."

"I can't really even put it in words. I'm near the front of the convoy and you can feel the momentum. It's huge," he said.

"Some truckers are doing the whole trip from Vancouver to Ottawa and others are just joining for as long as they want."

Meise has a feeling the convoy is "making history."

"We're getting worldwide attention," he said. 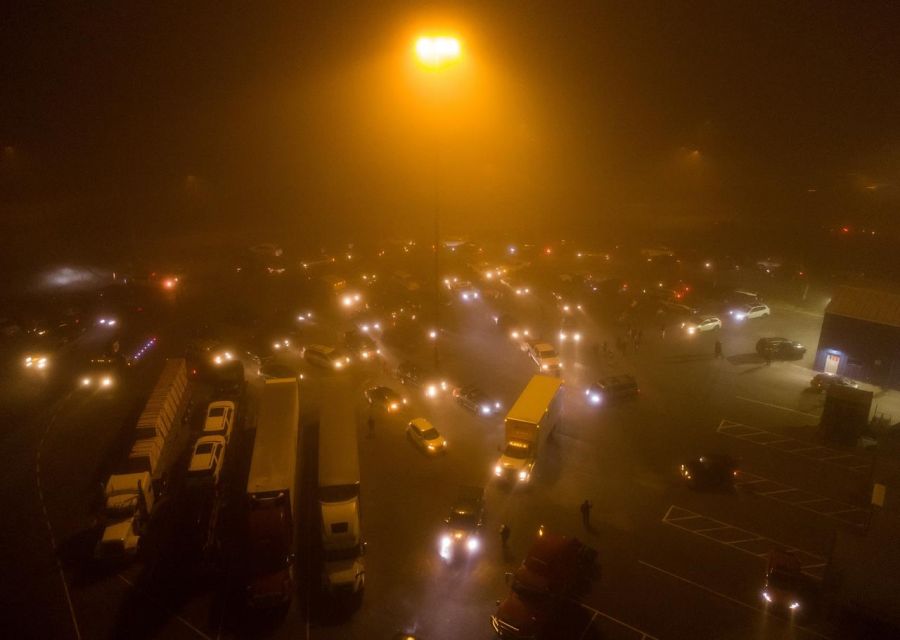 Freedom Convoy rolled out of Vancouver on Sunday with hundreds of truckers.

The convoy is now nearing Winnipeg on the Trans Canada Highway and is estimated to have grown to thousands of truckers stretching 50 to 60 kilometres as more and more truckers converge with the convoy.

The goal is to make it to Ottawa on Saturday, surround Parliament Hill and demonstrate for the end of mandatory COVID vaccines for truckers crossing the Canada-US border, the end of mandatory vaccinations for other groups and an end to mask mandates, vaccine passports and any remaining pandemic lockdowns.

"This is not just a trucker protest, it's an all-Canadian protest," said Mihilewicz.

"Truckers are not anti-vaxxers. We just want to stand up for our rights and freedoms."

Mihilewicz estimates 30% of the convoy is truckers in big rigs and semis, but the other 70% is truckers in regular vehicles and other Canadians in their cars and pick-ups supporting the freedom initiative.

It's estimated that over 80% of cross-border truckers are vaccinated.

That fact proves truckers have organized Freedom Convoy as an expression of their, and all Canadians rights, not as anti-vaxxers, according to Mihilewicz.

Provincial and national trucking associations don't endorse the convoy, saying truckers should get vaccinated if they want to drive cross-border.

It's Canada-Unity.com/Bearhug that's organized the convoy, a coalition of groups that "stand opposed to the current unlawful restrictions and discriminatory (COVID) mandates."

A GoFundMe campaign to support the truckers with money for fuel, food and lodging associated with the convoy has so far raised $4.64 million from 60,000 donors, convincingly surpassing its original goal of $1.1 million.