Federal workers are increasingly cynical, skeptical and disillusioned about the idea of reporting wrongdoing in the public service, says a recent survey.

That pessimism is more "palpable and widespread" now than it was before the pandemic, and bureaucrats have become more likely to fear reprisals for whistleblowing.

Research firm Phoenix Strategic Perspectives Inc. delivered the report in March to the Office of the Public Sector Integrity Commissioner, which investigates serious abuses within the federal government.

Commissioner Joe Friday says there is a maze of oversight mechanisms available to public servants and it can be discouraging or exhausting to figure out where to lodge a complaint.

He says he thinks public servants are feeling more isolated and disconnected during the pandemic, making it more difficult to feel confident in coming forward — let alone to gather the sort of documentation that whistleblowers require.

Chris Aylward, the president of the Public Service Alliance of Canada, says the protections in place for whistleblowers are inadequate and the regime must be strengthened.

"It’s discouraging to see that federal workers have grown more cynical about whistleblowing and reporting wrongdoing in the public service, but it is not surprising," Aylward said in a statement.

"It can be intimidating to come forward as a whistleblower, and our members are right to fear retaliation. Strong measures are needed to protect workers that speak out. Instead, there are too many conditions on whistleblowers that unnecessarily restrict disclosure."

The report, based on nine focus group sessions held in March, found that workers feared a wide variety of hypothetical repercussions, many of which are premised on the fear that confidentiality could be compromised.

These included a negative impact on the physical or psychological well−being of the whistleblower, a lack of support, the idea that they would acquire a reputation as a troublemaker, diminished trust and division among co−workers and "damage to the image or reputation of the public service."

Some said they feared their careers would be derailed — that they’d be given poor evaluations, be taken off projects, be assigned less challenging work or have their workloads increased.

Compared to a similar report undertaken in 2015, public servants were more likely to say that their attitudes toward whistleblowing had changed over time. This time around, they described themselves as having become "less naive," "more pessimistic," "more cynical," "more jaded," "less bright−eyed" and "more disillusioned." 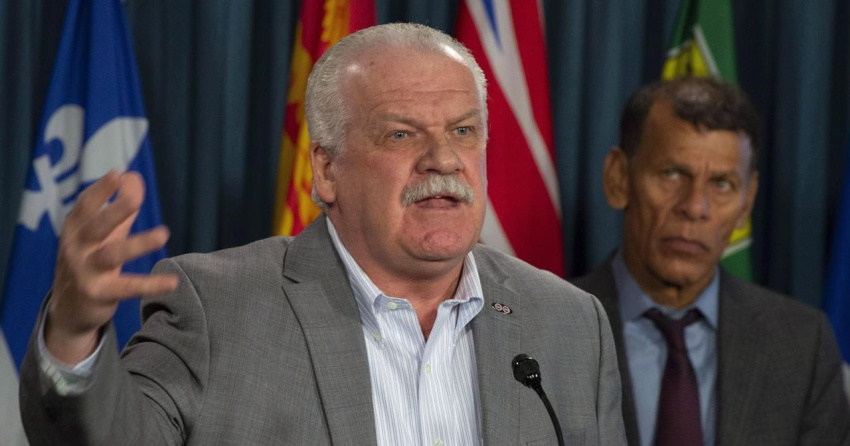 Workers tended to see whistleblowing as a good thing and described whistleblowers as brave people who should be encouraged and supported. But they emphasized that prospective whistleblowers "need to understand what they are facing": a process that is "long, arduous, stressful and uncertain as to the outcome."

And while participants reported an increase in awareness and education about the process of reporting wrongdoing, they didn’t trust it.

"Many held the view that such changes amount to ’virtue signalling’ or ’window dressing’ as opposed to constituting real cultural change," the report says.

A little over half of the focus group attendees were unaware of the existence of the office that commissioned the research in the first place.

That’s not necessarily such a bad thing, Friday says.

"I think if every public servant woke up every morning and first thing on their mind was, ’How do I bring wrongdoing to light,’ that might suggest that there’s more wrongdoing than anybody thinks there is," he says.

Still, it’s apparent that many don’t know how the whistleblowing process works, or don’t have trust in it if they do. "Clearly, there’s more to do," he says.

It can be frustrating to push for cultural change on the margins of a 300,000−person organization, Friday says — and with no influence or authority over the internal, department−specific procedures that govern most of the whistleblowing system.

Still, his office of 35 people has reached thousands of public servants with events and presentations over the course of the pandemic, he says, in an attempt to demystify the process.

In the seven years he’s been commissioner — and during his time as deputy commissioner and legal counsel before that — Friday says he’s never given a presentation that didn’t result in a followup with someone in the audience who was considering reporting wrongdoing.

"We’re talking about something very personal, very often something that someone has not yet spoken to anybody about," he says, lamenting that the pandemic has resulted in fewer opportunities to have face−to−face conversations.

"We’re trying our damnedest to continue with our outreach efforts."