Tamara Lich, a key organizer of the Freedom Convoy, has been arrested in Alberta on a Canada-wide warrant for one count of failing to comply with a release order, police say.

The Ottawa Police Service said Tuesday that it sought the warrant for Lich's arrest and that it was bringing her to Ottawa, where she is scheduled to appear in court Wednesday.

The Medicine Hat Police Service said in its own statement that it arrested Lich on Monday. She was held in custody and on Tuesday morning appeared in court, where she was ordered to be remanded for six days, it said.

Ottawa police will transport Lich "in the next day," Medicine Hat police said.

Police did not answer questions about which bail conditions Lich was accused of breaching, or when and where the conditions were breached. 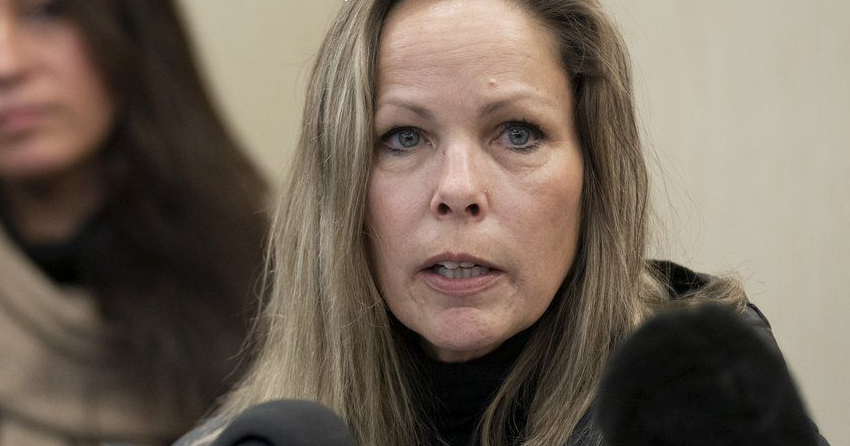 Eric Granger, one of Lich's lawyers, had confirmed the arrest in an email Monday evening, saying they were awaiting further details and the arrest appeared to be related to Lich's bail conditions.

Lich lives in Medicine Hat and travelled to Ottawa for the massive protest that overtook the capital’s downtown streets for more than three weeks in February.

A judge initially denied Lich bail after her arrest during the convoy protest, but she was released in March after a review of the court decision.

She was released with a long list of conditions, including a ban from all social media and an order not to "support anything related to the Freedom Convoy."

"We are not aware of anything that could have prompted this and are surprised by this development given the recent bail review hearing in Ontario where Ms. Lich's positive record for complying with her conditions was one reason why some of her conditions were relaxed at that time," Granger wrote in an email.

In May, an Ontario judge ruled Lich could remain on bail until her trial after a Crown prosecutor argued she'd violated one of her bail conditions by agreeing to accept an award for her leadership during the Ottawa protest, and should be sent back behind bars to wait for her court appearance.

Ontario Superior Court Justice Kevin Phillips said he made his decision because Lich had followed her bail conditions, her surety supervised her well and she'd already had a "taste of jail," which he said lowered her risk to reoffend.

Phillips amended her release conditions to allow her to visit Ottawa, but not the downtown core. He maintained the ban on Lich's access to social media, saying that prohibiting such access remained warranted.