The Conservatives' cheeky term for inflation under the Liberals has got some MPs into trouble in the House of Commons, where saying "Justinflation" has been deemed verboten.

Speaker Anthony Rota repeatedly chastised Tory MPs this week for breaking the rules, asking them to "correct the error" when their "play on words" was indirectly violating procedure.

The House of Commons has long dictated that members of Parliament must use each other's titles during debate, but never their first names — so anything that deliberately includes "Justin," the prime minister's first name, is out.

Conservatives have yet to be deterred, however, with the daily transcript of proceedings in the House of Commons recording their use of the term more than a hundred times since last November. 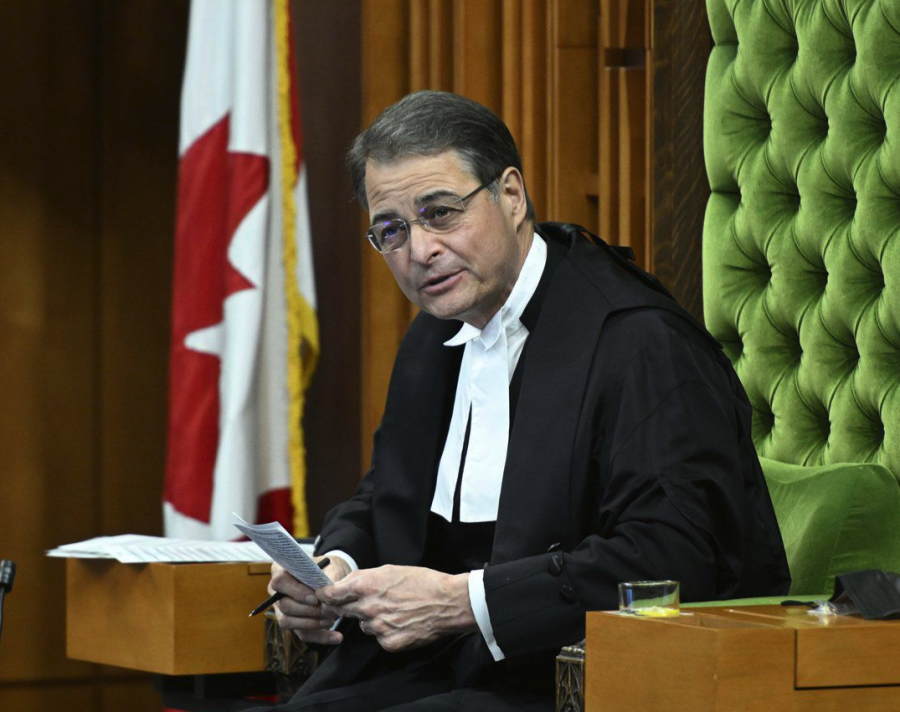 That's when Pierre Poilievre, who was finance critic at the time and has since become Conservative leader, began to popularize the term.

Some MPs seemed to respond to Rota's warnings by adding an exaggerated pause between the two words on Wednesday — just in case.

The Liberals rose to complain about the term as far back as March, and again this week, after Conservative MP Garnett Genuis said "Justinflation" three times in one speech.

Liberal MP Kevin Lamoureux said he had been "somewhat patient with the member" but that three times was enough to tell that Genuis was using the "unparliamentary" and "inappropriate" phrase intentionally to flout the rules.

Longtime NDP MP Charlie Angus chimed in, complaining that Genuis uses the term all the time. "It is a little lame and I do not think it is appropriate. We can lead a horse to water, but we cannot make it think. The Speaker should ask the member to withdraw his lame comment."

The assistant deputy Speaker, Carol Hughes, said: "I know the member is working it into his speech a little differently, but again I want to caution him on the use of that word."

Conservatives, who have been working it into their speeches a little differently at myriad opportunities, aren't the only ones in on the joke.

NDP MP Niki Ashton, in a statement to the House last week, alluded to it by saying that while Prime Minister Justin Trudeau and Poilievre have little in common, they are both "just in bed with their corporate buddies."

Trudeau himself has only uttered "just inflation" on one occasion in the House, when he tried to turn the tables on the Tories last December.

"They tell Canadians about the problems they are facing with decreased affordability, increased prices on everything, difficulty buying gas, difficulty buying computers, and they shrug and say, 'Oh, it's just inflation,'" he said.

"Well, it is not just inflation; it is the focus that we have to have to continue to invest in Canadians."

He never said it again.