“The onus that an applicant must meet to obtain a stay of legislation is extremely high,” Chief Justice Glenn Joyal of the Manitoba Court of Queen’s Bench said in his rare weekend ruling.

“I do not believe that the applicants meet their burden of showing that (they) will suffer irreparable harm if the injunction is not granted.” 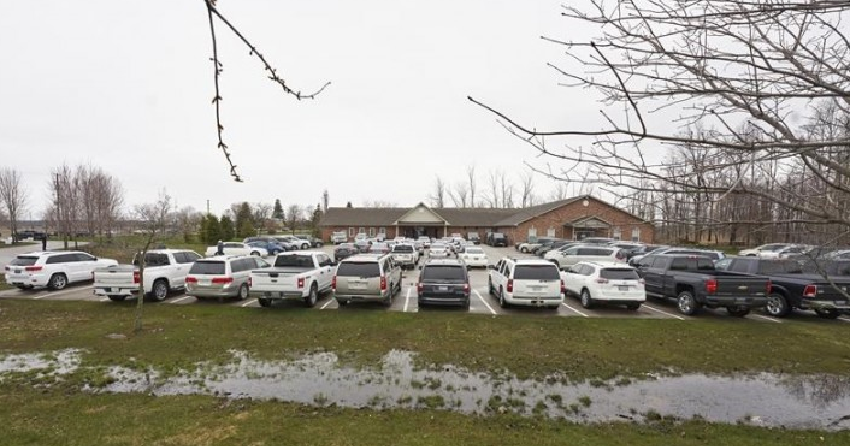 Joyal held a special Saturday court hearing in a case brought by Springs Church, which has faced more than $32,000 in fines for drive-in services in recent weeks and wanted a ruling before a planned service later in the day.

The church argued the latest provincial public health order, which requires religious services to be only available online or via broadcasts, violates freedoms of religion and association under the Charter of Rights and Freedoms. The order also bans public gatherings of more than five people.

Springs Church asked for a temporary stay of enforcement of the order so that drive-in services could continue until a full hearing on the Charter issue could be held. Its lawyer argued the drive-in services do not pose a threat to public health, since attendees are told to remain in the vehicles while a pastor speaks from the stage.

“They’re not allowed to enter the church buildings or sanctuaries, even to use the washrooms,” church lawyer Kevin Williams told court.

Government lawyers argued the restrictions on in-person gatherings, both generally and for religious services, are needed to slow the spread of COVID-19. Manitoba has one of the highest per-capita rates of new infections among provinces.

“It cannot be business as usual,” government lawyer Heather Leonoff said, arguing there’s no way to guarantee that congregants don’t mingle while in the church parking lot.

Joyal ruled the church failed to show evidence that being able to sit in a car while listening to a church service is a necessary alternative to sitting at home.

Joyal also rejected other arguments made by the church, including a claim that a service with people attending in cars is not a public gathering, which is limited to five people.

“It has persons. They are grouping. They are in general proximity to each other, and they have assembled for a common purpose or reason,” Joyal said.

Springs Church said, via a notice on its web site, that it would cancel drive-in services this weekend while it plans its next move.

“We have strategies and will be coming to you with more details in the coming days. We’re not done yet,” the notice read.

A date has not been set for a full hearing on the church’s Charter argument. Manitoba’s current public health order is scheduled to expire on Friday, although Premier Brian Pallister has said some form of restrictions will have to be extended.

Manitoba is not the only province facing a legal fight over its COVID-19 rules.

The Justice Centre for Constitutional Freedoms filed a challenge Friday with Alberta’s Court of Queen’s Bench on behalf of two churches and two individuals, alleging the province’s public health orders infringe on charter freedoms and violate the Alberta Bill of Rights.

The application challenging the public health orders will be heard Dec. 17 in Calgary.

“Measures imposed by the (chief medical officer of health) to lock down society and short-circuit the economy, both in the spring of 2020 and again now as the holiday season approaches, have imposed tragic levels of harm that dwarf the harm that unfortunately has and may continue to be caused by COVID-19,” the group’s court application stated.

Health officials reported 354 new cases in Manitoba on Saturday and a record-high 19 deaths. The Canadian military, meanwhile, announced it would send reservists to the Shamattawa First Nation in northern Manitoba to assist the community with a COVID-19 outbreak the chief said has pushed it to “a breaking point.”

An unclaimed BC lottery ticket worth $15M will expire this week