The Alberta Opposition says Premier Jason Kenney’s United Conservatives have a new “sugar daddy” in Prime Minister Justin Trudeau and should not accept a federal COVID-19 wage subsidy the party has applied for.

NDP finance critic Shannon Phillips says Kenney and his colleagues need to do more for Albertans fighting to get through the pandemic and a spiralling economy.

“Worry about yourself first, even if it means making Justin Trudeau the UCP’s sugar daddy, but do nothing for working people.” 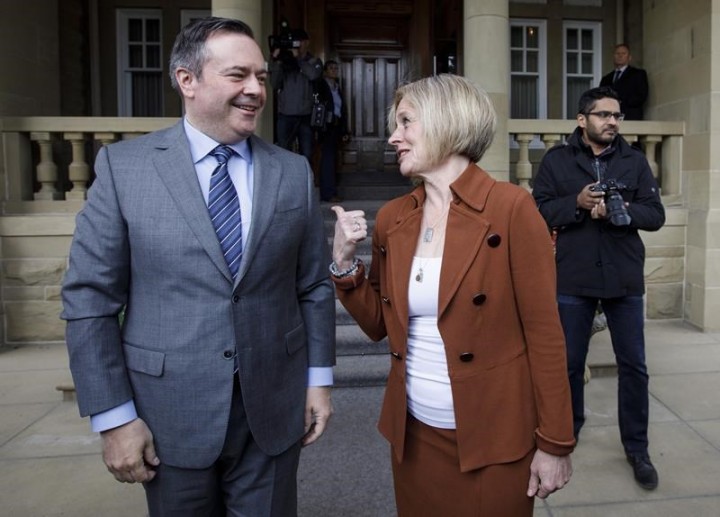 Kenney’s party recently said it was applying for the federal wage subsidy because it was the best way to pay staff in a locked-down economy that erased party fundraising opportunities.

Notley’s New Democrats are not taking the subsidy. She reminded Kenney his party is asking for help from a federal leader he publicly disparaged in 2018 as a dilettante and a lightweight.

“An empty trust fund millionaire who has the political depth of a finger bowl,” said Notley. “That’s the premier describing his new biggest donor: the prime minister.”

Notley said the wage subsidy is meant for businesses that have lost revenue due to the pandemic.

“They are exploiting a loophole to get their hands on federal cash, while thousands of Alberta businesses get left out in the cold,” she said.

“Will the premier stop distracting and instead … step up to make sure federal money can get to the struggling Alberta businesses it is meant for?”

Kenney did not respond directly, but instead accused NDP of shameful behaviour for sending out fundraising letters tied to the growing COVID pandemic.

“Unlike the NDP, the UCP suspended partisan fundraising for weeks following the beginning of the pandemic out of respect for Albertans,” said Kenney.

“But on March 17, the day a public health emergency was declared, the NDP sent out a begging letter trying to monetize the pandemic. Shame on them.”

The letter from education critic Sarah Hoffman asked for a donation and noted that “the COVID-19 outbreak reminds us of the importance of a well-funded public health-care system and a government that has the backs of everyday people.”

While Kenney’s UCP won the provincial election in the spring of 2019, it finished the year with a $2.3-million deficit and net liabilities of $1.1 million.

Federally, the Liberals, Conservatives, NDP and Green party have all applied for the wage subsidy. The Bloc Quebecois has not.

Under the $73-billion program, Ottawa will cover 75% of wages — up to $847 a week per employee — for companies and organizations that saw revenues from January and February decline by 15 per cent in March or 30 per cent in April and May.

Political parties as non-profit entities are eligible to apply.