The second in a series of atmospheric rivers moved in Saturday bringing steady rainfall that Environment Canada doesn’t expect to let up until this afternoon. However, a third atmospheric river, possibly one of even greater intensity, is forecast to arrive on Tuesday. 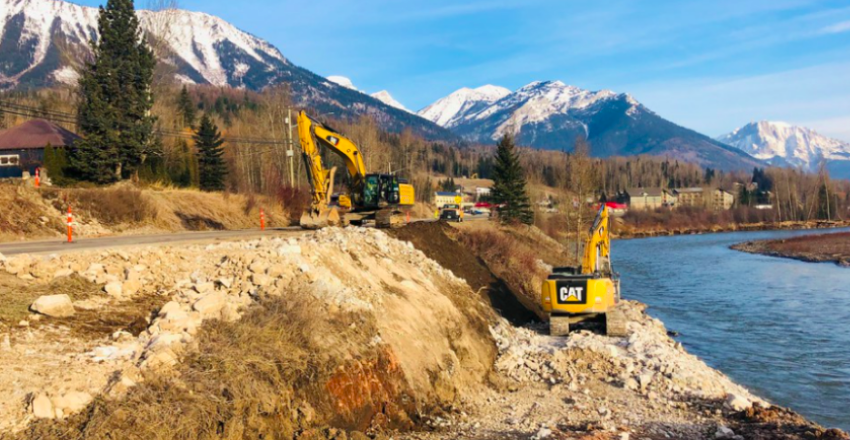 Meanwhile, the Squamish-Lillooet Regional District has issued an evacuation alert for 18 properties in the Pemberton Meadows area, while the Thompson-Nicola Regional District has done so for another 49 properties outside Merritt and Spences Bridge. Residents there have been advised to pack essential items and be ready to leave at a moment’s notice if conditions worsen.

Dozens of communities remain on flood watch and weather alerts are currently posted across southern BC.

As a preemptive measure, Highway 1 through the Fraser Canyon, Highway 3 between Hope and Princeton and Highway 99 between Pemberton and Lillooet were closed yesterday amid storm warnings. The Transportation Ministry notes the highways were previously impacted by extreme weather, and it says their reopening will depend on weather conditions.

BC Drive also reported overnight that flooding had forced the closure of a 4.8 kilometre stretch of Highway 7 in Maple Ridge.

In the prime agricultural area of Abbotsford, Mayor Henry Braun said yesterday that while he was confident the city could handle this weekend’s rainfall, it could not handle another overflow of the Nooksack River into Sumas Prairie.

The Nooksack runs south of the border and Braun says American officials have informed him its dikes were damaged in the last flood.

The mayor says that he has spoken with Prime Minister Justin Trudeau and Premier John Horgan about the importance of supporting critical diking and drainage infrastructure in the long term.