A new report says provincial governments are not moving fast enough to protect homes and other buildings from the ravages of flooding.

The report from the Intact Centre on Climate Adaptation at the University of Waterloo says on average provincial governments get a grade of C for flood preparedness.

Centre chair Blair Feltmate says that’s an improvement from a C-minus in a similar report four years ago, but it’s not enough progress when climate change is bringing bigger flood risks every year. 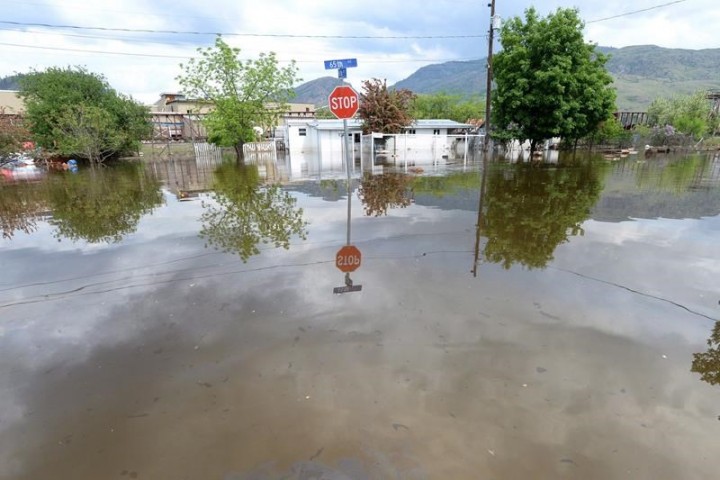 Feltmate says provincial governments should be updating their flood maps every five to seven years but Newfoundland and Labrador is the only province that has fully updated its river, coastal and rainfall risk maps since 2015.

“We need to do more work almost universally across the country to update floodplain maps on a regular basis,” he said. “And we need to make these maps publicly available and user-friendly.”

Many jurisdictions are reluctant to make such maps public: when new assessments find homes and businesses are at higher risks of flooding, property values suffer.

Feltmate said that the research and knowledge are there to mitigate those higher risks, either with public infrastructure like berms, or individual homeowner efforts such as sloping the ground away from foundations and installing proper backwater valves in basements to keep drains from backing up when sewers overflow.

“The good news is we know what to do. The bad news is we aren’t deploying those measures quickly enough,” he said.

The report also shows most provinces don’t have any regulations preventing new developments from going up in high flood-risk spots, and several also haven’t done much to assess and protect critical buildings like hospitals and schools.

Flooding is Canada’s most expensive type of natural disaster, and the number and frequency of floods has increased in recent years, largely attributed to climate change. Warmer air holds more moisture, which means heavier rains.

A report by the World Resources Institute earlier this year warned the yearly cost of overflowing rivers and rising seas could triple by 2030 without more effort on flood mitigation. It also predicted the number of Canadians affected will grow from 200,000 in 2010 to 350,000 in 2030.

The Insurance Bureau of Canada also shows insured costs for extreme weather, a majority of which is for flooding, averaged $400 million between 1983 and 2008, but in eight of the nine years between 2009 and 2017, that cost was over $1 billion. The bureau also said for every dollar in insurance paid out for disasters, governments, home and business owners pay three to four dollars more.