The Conservative Party has jumped ahead of the Liberals in voter intention following the election of Pierre Poilievre as leader, a new survey has suggested.

According to a poll from the Angus Reid Institute, 37 per cent of a sample of Canadians polled said they would vote for the Conservatives.

Only 30 per cent said they would choose the Liberals, while 20 per cent would back the NDP.

Angus Reid said the new poll lead for the Tories coincides with the ascent of Poilievre, who was elected leader earlier this month.

The pollster said it’s the first time the Conservatives have had a lead in voter intent for three years.

“Since the 2019 election, the two parties have been locked in what has mostly amounted to a statistical tie in national vote intention – generally driven by the rise and fall of the fortunes of the Trudeau government in the moment rather than momentum for the Conservatives,” Angus Reid explained. 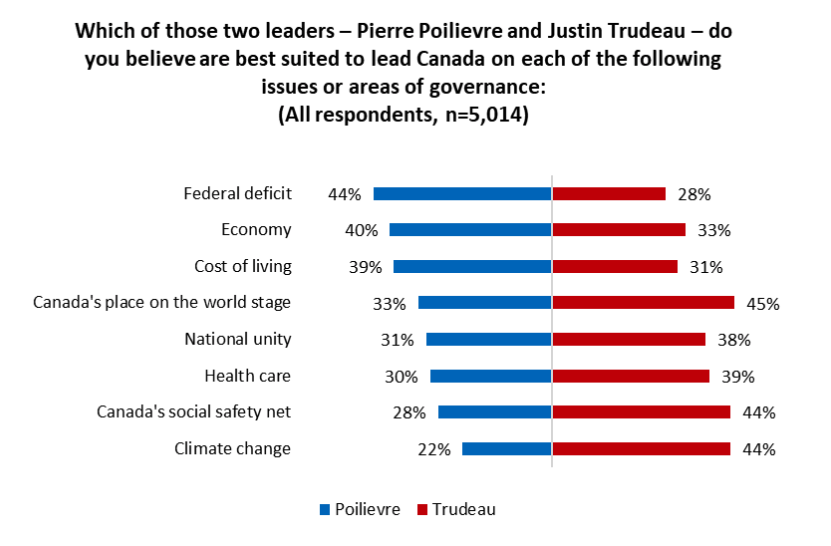 “Now the opposition party – which last month elected its third leader in as many years – is pulling together a right-of-centre base that includes not only its own supporters but those who turned out for the People’s Party in the 2021 general election.”

Justin Trudeau, however, is still the preferred choice among Canadians on foreign policy, welfare, climate change and health care.

Poilievre leads on the economy and cost of living.

To see the full set of data, head here.