Trudeau only one in dark makeup at 2001 party but nobody took offence: attendee

A man who attended an “Arabian Nights” gala held by a private school in Vancouver says no one besides Justin Trudeau attended in skin-darkening makeup — but no one else was dressed as Aladdin, either.

Wayne Hamill went to the 2001 party because his kids were West Point Grey Academy students and he said the future Liberal leader’s costume was “great” and in keeping with the theme. 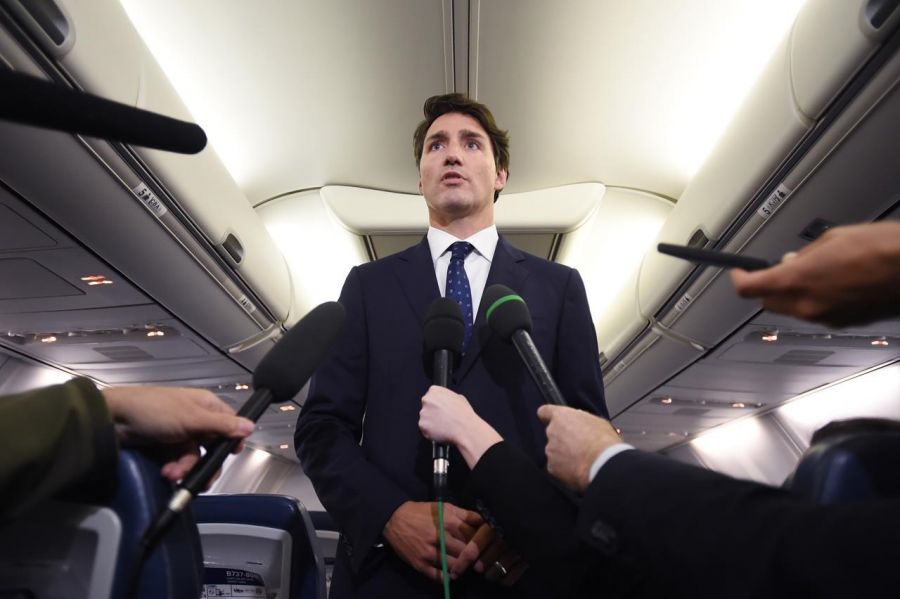 Other attendees, including other white people, were dressed as belly dancers or wearing saris or veils, Hamill said, adding he doesn’t recall anyone being offended by Trudeau’s costume or makeup.

“He didn’t do anything out of the ordinary. That’s what he did. He was a drama teacher,” said Hamill, who is white. “It’s a costume and it was in the context of the theme of the party.”

Trudeau has apologized after photographs from the event surfaced along with other images of him made up in brown face or black face. He said he had a blind spot because of his privilege and he deeply regrets behaviour he now recognizes as racist.

Numerous Canadians of colour, including NDP Leader Jagmeet Singh and Indigenous federal candidates, have said Trudeau’s use of dark face paint is hurtful and insulting. Trudeau said Friday he would call Singh to personally apologize.

West Point Grey Academy released a statement Thursday saying its 2001 gala was organized by a culturally diverse group of parent volunteers and was intended to be celebratory and respectful. However, it said, it recognizes that cultural sensitivities have evolved over the past 18 years.

Another party attendee who was photographed with Trudeau, Sunny Khurana, a turban-wearing Sikh, said Thursday he didn’t view the costume as racist and the school had no tolerance for discrimination.

Hamill, a Vancouver real estate agent, said he’s not a Trudeau supporter but he believes the uproar is unfair. He never once, over the years, thought of coming forward with a yearbook photo to “expose” Trudeau for his costume at the event, he said.

“Expose him for what? For being a good costume-dresser?” he said. “It’s so taken out of context. It’s applying today’s standards to yesterday’s actions. … At the time, it wasn’t as much of an issue to do that.”

He said Trudeau, who was 29 at the time, was a very expressive, enthusiastic and friendly teacher. Hamill also said the student population was diverse and included kids of South Asian, Middle Eastern, East Asian and First Nations descent.

Asked whether Trudeau’s costume was the most elaborate, Hamill replied, “If there was a prize for best costume, he probably would have won.”

Trudeau wrote in his 2014 memoir, “Common Ground,” that teaching at West Point Grey gave him new insights into the “privileged lives” of private-school students that he didn’t glean from his own advantaged upbringing.

“Whenever I discuss the problem of income inequality in our society, I think about the children and their families I met when teaching at that school. The parents I encountered at parent-teacher nights were successful, hard-working people, but their wealth gave some of them an excessive sense of entitlement,” he wrote.

“And many of the students had little exposure to or understanding of the larger society around them or the challenges faced by ordinary people.”

He acknowledged he knew many wealthy kids growing up and had plenty of advantages himself, including the opportunity to travel with his father, but he said Pierre Trudeau never spoke of wealth as being the ultimate goal in life.

Trudeau wrote that he worked at the school for two-and-a-half years, mostly teaching French and math, but occasionally other subjects including drama, creative writing and a Grade 12 law class.

While he emphasized that overall he loved his time at West Point Grey, he wrote that occasionally his unorthodox teaching methods put him at odds with the school’s more traditionalist administrators.

He said the incident that led to his departure involved a student who regularly got in trouble for defying the school’s dress code by wearing loose ties and dangling a chain from his belt. When the boy complained to him that the girls got away with breaking the dress code, Trudeau urged him to write about it in the school newspaper.

The administration disciplined the student for “lacking respect” and discontinued the newspaper, Trudeau wrote.

The incident convinced him that West Point Grey “was not the best fit for me as a teacher, nor I for them,” he wrote.

“Shortly after, I took a teaching position in the Vancouver public school system.”