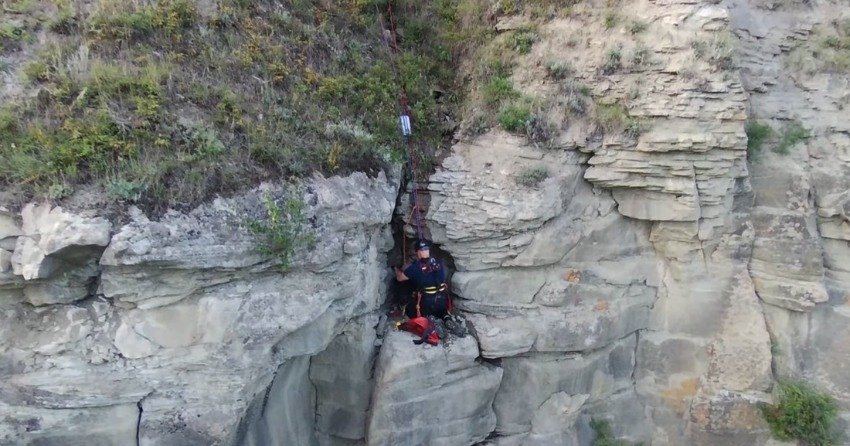 VIDEO: Dog rescued from cliff ledge after being reported missing almost a week ago

A dog named Toby caught a lucky break yesterday after being missing from home for almost a week.

According to the County of Grande Prairie in Alberta, Toby was spotted by chance up on a ledge along the Red Willow River.

“Crews were attending a call at the site where the Red Willow and Wapiti Rivers meet when one of the firefighters noticed a dog on the ledge,” said Dan Verdun, fire chief for County of Grande Prairie Regional Fire Service. 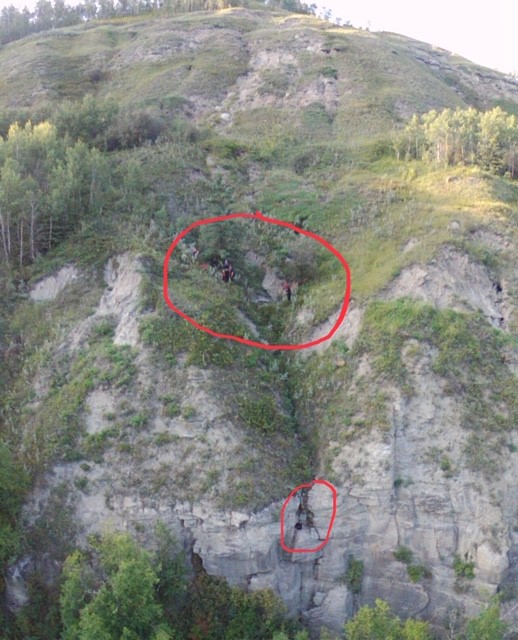 “The firefighter noted the dog appeared to be stranded and was unable to get back up to level ground or down to the river.”

After dealing with the original call, they dispatched their high angle rescue team to help get poor Toby back on the ground.

The Grovedale Fire and Wembley Fire were able to provide a watercraft, which transported firefighters and enforcement services members to the site, given the remote location on the river.

“Once we crossed the river, it took an hour and a half of hiking to find a location where we could rig rope rescue equipment to access Toby, who was stranded on a sandstone outcropping cliff,” said Mike Shykora, fire captain. “After he was secured, we brought him back down 80 feet to the awaiting boat and back to the staging area.”

With the lost dog rescued, their next step was to figure out where his family was.

Thanks to social media, they were able to quickly locate his owners and reunite him with his family, which included two young children, ages three and six, who were overjoyed and relieved that their friend had been found.

As it turns out, Toby had travelled quite some distance to end up stuck on the ledge. 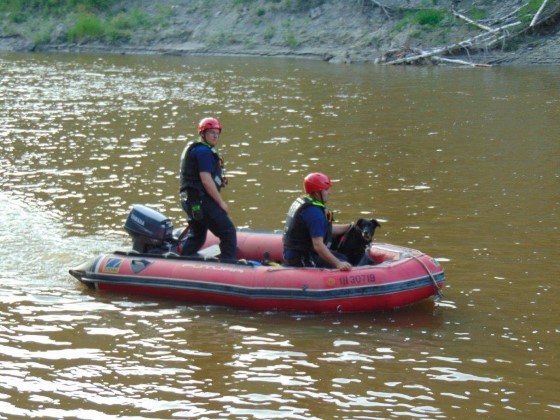 Toby was last seen on August 7 at Spring Lake, over 100 km away from where he was rescued and was reported missing on Facebook by his family.

Firefighters suspect he survived by drinking water from a small puddle on the ledge.

“The County of Grande Prairie is thrilled that such a happy reunion could take place with the return of Toby to his family,” said Verdun.