As many as three million Hongkongers will be offered a route to British citizenship in the wake of China’s enactment of a controversial new law, Prime Minister Boris Johnson has said.

The number is based on the amount of people in Hong Kong – which was a British territory for 156 years – who have a British National Overseas Passport.

Around 350,000 people have one of the passports, while 2.6 million are thought to be eligible for one.

Boris Johnson just now on how the UK will respond to China’s national security law for Hong Kong. pic.twitter.com/2SzsA2rDwO

Hundreds of people were arrested in Hong Kong today as residents protested against the new national security law, which gives the Communist Party of China new powers to quash dissent in the territory.

Hong Kong, which was handed over to the People’s Republic of China in 1997, was supposed to enjoy special freedoms for 50 years despite being absorbed by the authoritarian superpower, according to an agreement between the British and Beijing.

But Johnson said today the passage of the new law was a “clear and serious breach” of the agreement. 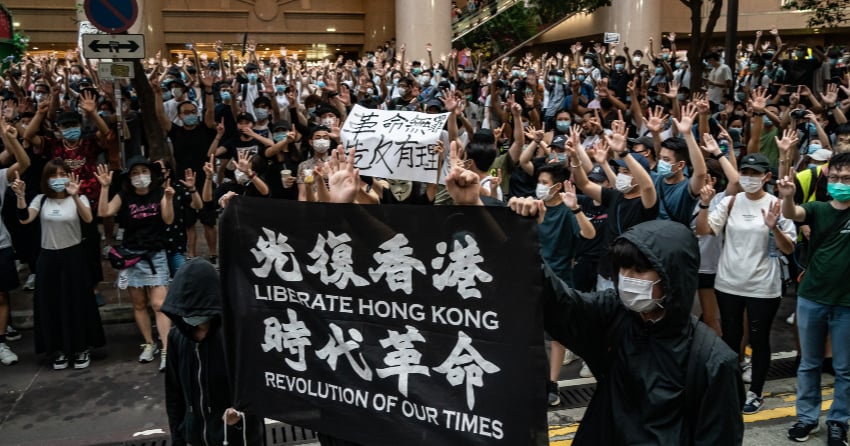 His foreign minister, Dominic Raab, said the offer of potential citizenship was a “bespoke” arrangement designed to address “unique circumstances.”

There will be no limits on the number of people who can move to the country using the British National Overseas Passport, he added.