Cheering rioters torched a Minneapolis police station that the department was forced to abandon as three days of violence spread to nearby St. Paul and angry demonstrations flared across the US over the death of George Floyd, a handcuffed man who pleaded for air as a police officer kneeled on his neck.

A police spokesman confirmed late Thursday that staff had evacuated the 3rd Precinct station, the focus of many of the protests, “in the interest of the safety of our personnel” shortly after 10 pm.

Livestream video showed the protesters entering the building, where fire alarms blared and sprinklers ran as blazes were set. 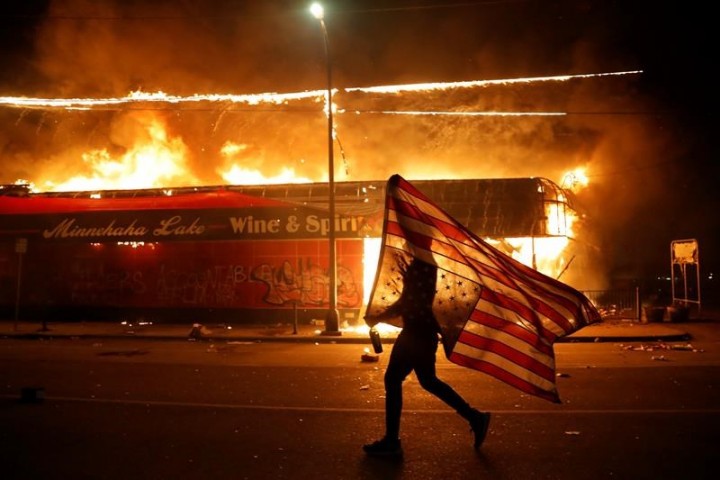 Protesters could be seen setting fire to a Minneapolis Police Department jacket.

“Just spoke to Governor Tim Walz and told him that the Military is with him all the way. Any difficulty and we will assume control but, when the looting starts, the shooting starts,” he said on Twitter. 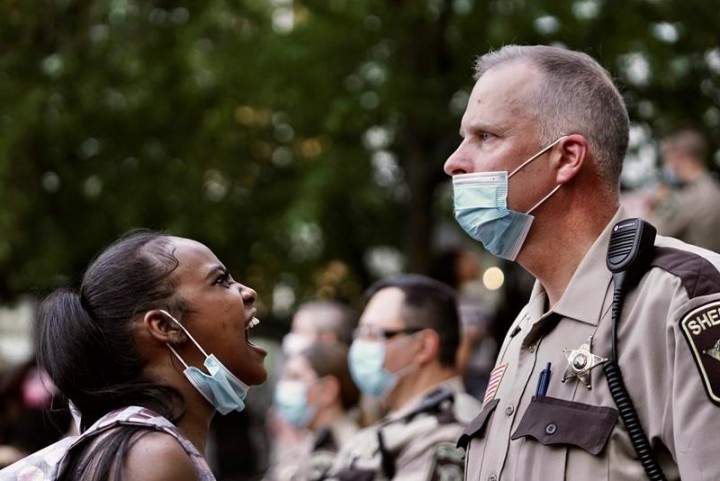 A visibly tired and frustrated Frey made his first public appearance of the night at City Hall near 2 am and took responsibility for evacuating the precinct, saying it had become too dangerous for officers there.

As Frey continued, a reporter cut across loudly with a question: “What’s the plan here?”

“With regard to?” Frey responded. Then he added: “There is a lot of pain and anger right now in our city. I understand that … What we have seen over the past several hours and past couple of nights here in terms of looting is unacceptable.”