Satellite images released by NASA show the extent of the fires currently burning in the Amazon.

New data from NASA's Atmospheric Infrared Sounder (AIRS) instrument, aboard the Aqua satellite, shows the movement high in the atmosphere of carbon monoxide associated with fires in the Amazon region of Brazil.

This time series ⬇️ shows CO high in the atmosphere over Brazil from Aug. 8-22, 2019. Each "day" in the series is made by averaging three day's-worth of data: https://t.co/binaSKsGcm pic.twitter.com/tcg2W311Pm

The time series maps carbon monoxide at 18,000 feet between Aug. 8-22. As it progresses, the plume grows in the northwest Amazon region, then drifts in a more concentrated plume toward the southeastern part of the country.

NASA explains that each "day" in the series is made by averaging three days' worth of measurements, a technique used to eliminate data gaps.

Green indicates concentrations of carbon monoxide at approximately 100 parts per billion by volume (ppbv), yellow, at about 120 ppbv, and dark red, at about 160 ppbv.

Local values can be significantly higher.

“A pollutant that can travel large distances, carbon monoxide can persist in the atmosphere for about a month,” says NASA. “At the high altitude mapped in these images, the gas has little effect on the air we breathe; however, strong winds can carry it downward to where it can significantly impact air quality. Carbon monoxide plays a role in both air pollution and climate change.” 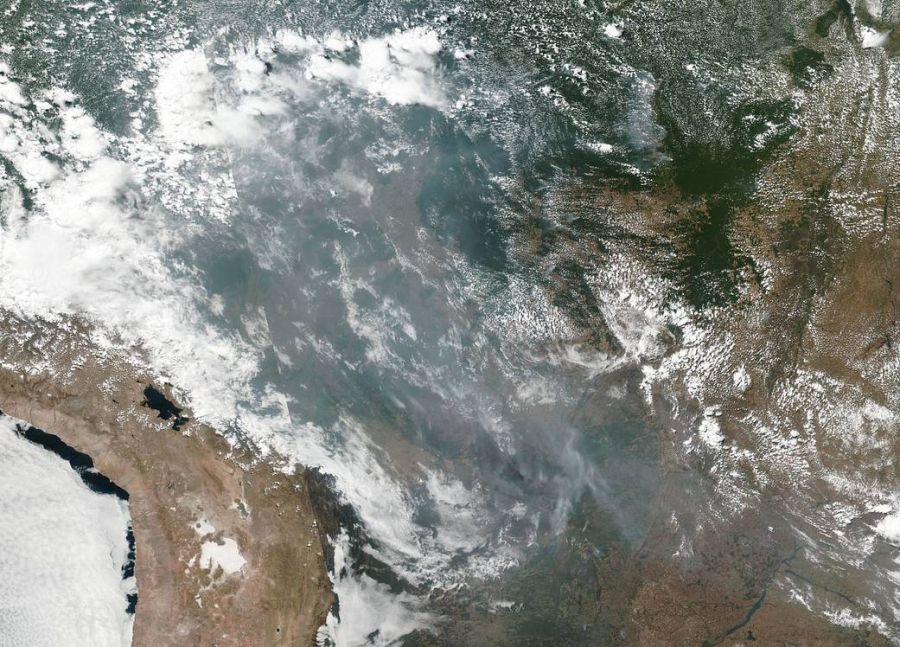 The agency did note at that time that it is not unusual to see fire activity in the Amazon.

“It is not unusual to see fires in Brazil at this time of year due to high temperatures and low humidity. Time will tell if this year is a record breaking or just within normal limits.”