People are flying again, which means KF Aerospace is busy again and on a hiring spree.

"Our airline work is picking up and we need to hire 50 more people."

During the worst of COVID times, the company held onto as many workers as possible and secured cargo airline work for them to do.

Much of that business was with Aeronautics Engineers Incorporated putting cargo doors on former passenger planes and maintaining aircraft for Lynden Air Cargo of Alaska.

With travel restrictions easing and more of the public flying, the need for WestJet to get its planes maintained at KF Aerospace has increased.

To handle all this work, KF Aerospace has six hangars, each big enough to accommodate two or three planes as they are worked on. 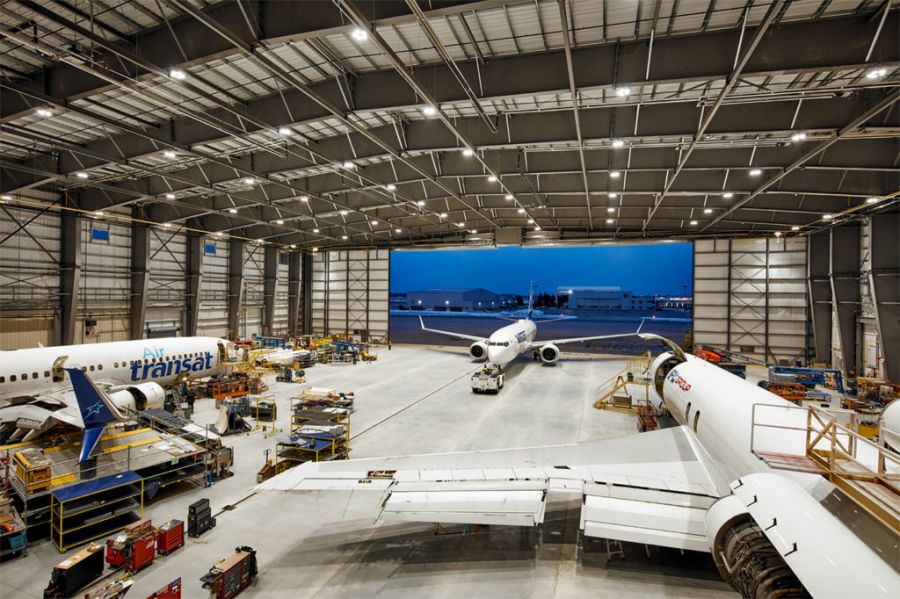 KF also has a smaller maintenance and modification facility in Hamilton, trains Canada's military pilots at a school in Portage la Prairie, Manitoba and flies cargo for Purolator Courier.

In all, 51-year-old KF Aerospace is one of Canada's biggest and most progressive aviation companies. 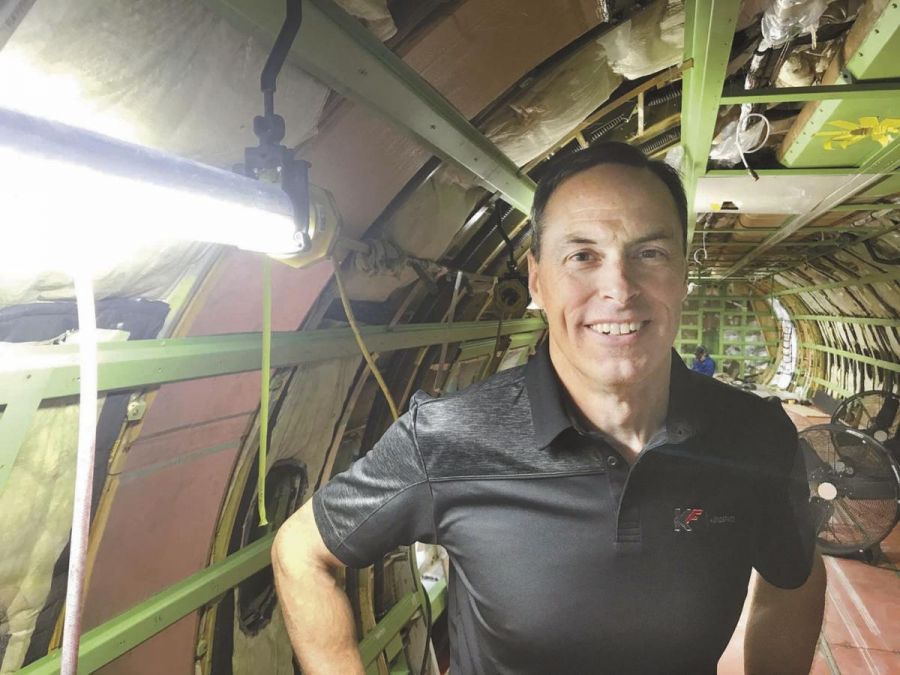 "We train these technicians on the job to take out and put back interior components, repair seats and overhead bins and clean and wash aircraft," said Stevens.

"If these workers grow with the company, in 10 years they can be making $33 an hour." 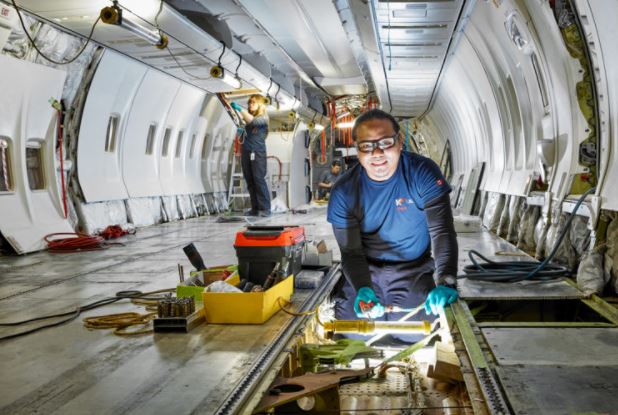