1. A 23-ton piece of a Chinese rocket will crash into Earth this weekend

A 10-story, 23-ton piece of a Chinese rocket will crash into Earth sometime over the weekend — but no one knows where. https://t.co/aAH2Khxd7p

Part of a large rocket launched by China last week is tumbling back down to Earth, and is expected to crash this weekend. The piece is 10-storeys and weighs 23-tons. Luckily scientists say the chances of it hitting a populated area are small — but not zero.

2. Farmer accidentally moves the border between Belgium and France

A Belgian farmer accidentally extended his country's border with France by a few metres after he moved a large stone that was blocking his tractor's path.

BREAKING: A federal grand jury has indicted the four former police officers involved in George Floyd’s arrest and death, accusing them of violating the Black man’s constitutional rights as he was restrained face-down on the pavement and gasping for air. https://t.co/4p3JeIX2Sg

A federal grand jury indicted Derek Chauvin and three other ex-Minneapolis police officers on charges of US civil rights violations on Friday, accusing the four ex-cops of violating George Floyd’s constitutional right to be free from excessive force and unreasonable seizure during an arrest that led to his death in 2020. Chauvin faces sentencing next month on three convictions in connection to Floyd’s death.

4. Pfizer and BioNTech to donate vaccines to Tokyo Olympic athletes

Pfizer's CEO says vaccinating Tokyo Olympic athletes, though not mandatory, would allow the games to be performed "under safe and secure conditions."https://t.co/nHNZewC3es

Pfizer and BioNTech said on Thursday they would donate doses of their COVID-19 vaccine to athletes and their delegations participating in the Tokyo Olympic and Paralympic Games this summer. 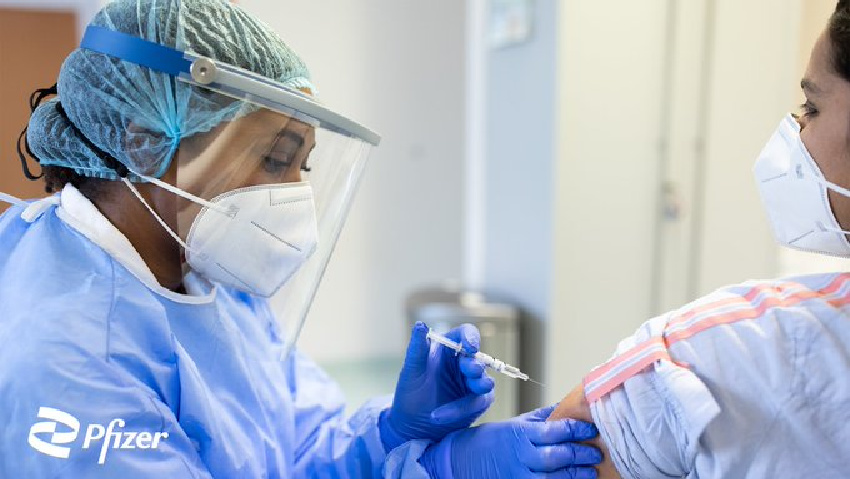 “It’s been 10 years just to get to this point, and for this to be the penalty? It’s almost a joke,” said one of the boys, now 25, who was punched twice by one of the officers. /2 https://t.co/P4uysETgbT

After being found guilty of the unlawful arrests of four Black teens 10 years ago, the officers involved have received their punishment — a combined total of 15 days’ lost pay.