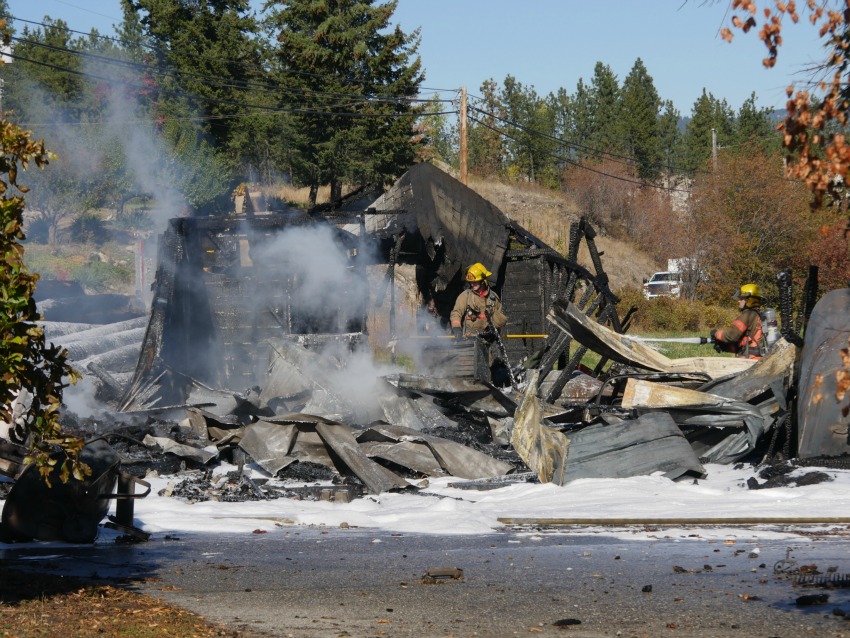 Fire Prevention Week in the Okanagan has kicked off with an actual – and possibly preventable – fire.

A shed went up in flames on Glenmore Road just outside the Kelowna city limits on Sunday morning. The Lake Country Fire Department received a report at 10:57 a.m. regarding a blaze that was started by a known electrical short in a car.

The car had been acquired a few months earlier by the residents of the home on the property. 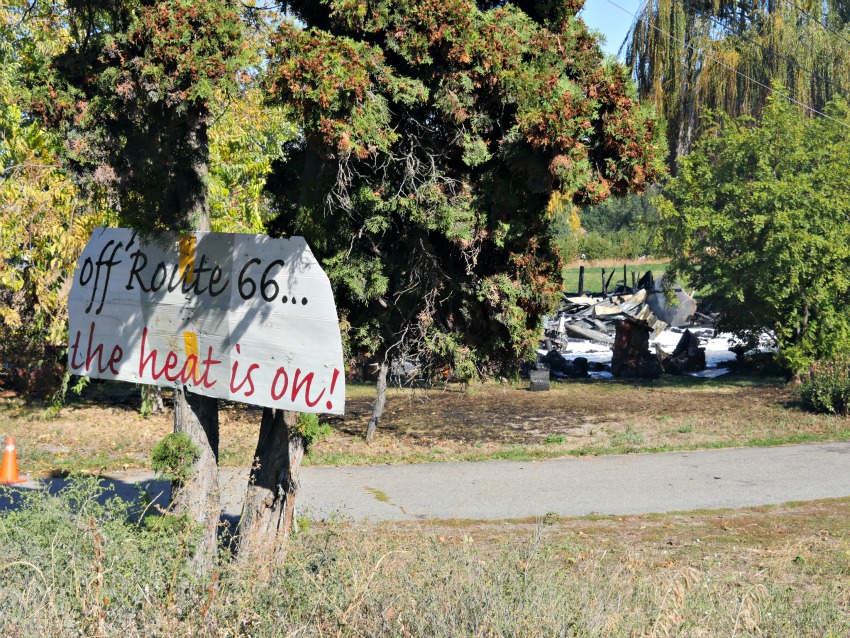 According to one of the residents, Helene Keuker, she was out and about Sunday morning when she received a strange voicemail from her husband that she couldn’t quite make out. When she tried calling him back the line was busy, and she started driving home.

She came to a roadblock on Glenmore, pulled her vehicle over and tried calling again. It was then that she discovered that the cause of the roadblock was a fire at her home. 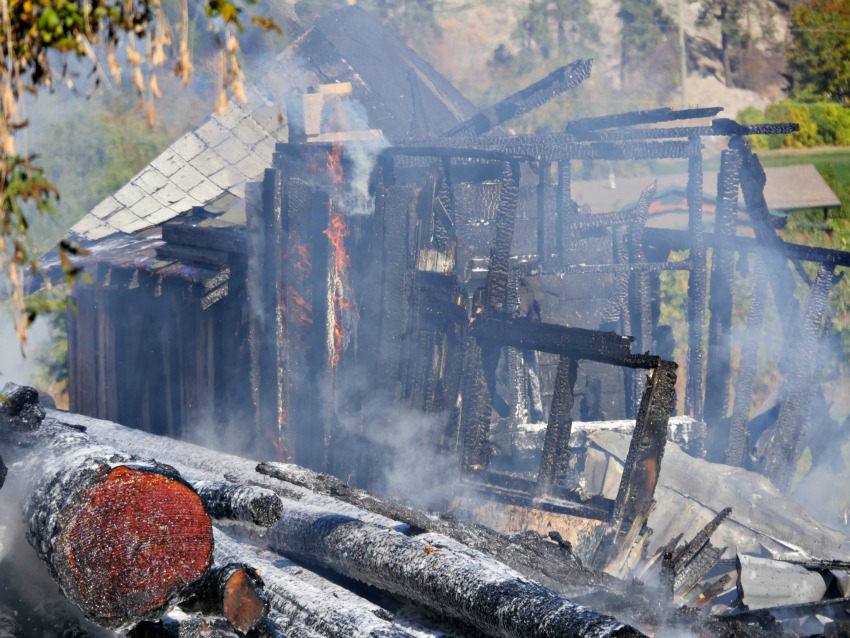 As it turns out, Keuker’s husband had been disconnecting his new car’s battery when it was parked because it had been draining. It was when he went to reconnect it Sunday morning that the fire was sparked.

Keuker said that her husband was almost able to put out the flames with a fire extinguisher, but once they recovered from his efforts the blaze quickly spread from the car to the shed in which it was parked. From there it lit up a $1500 lumber load of wood that Mr. Keuker had been planning to sell as firewood for supplemental income. 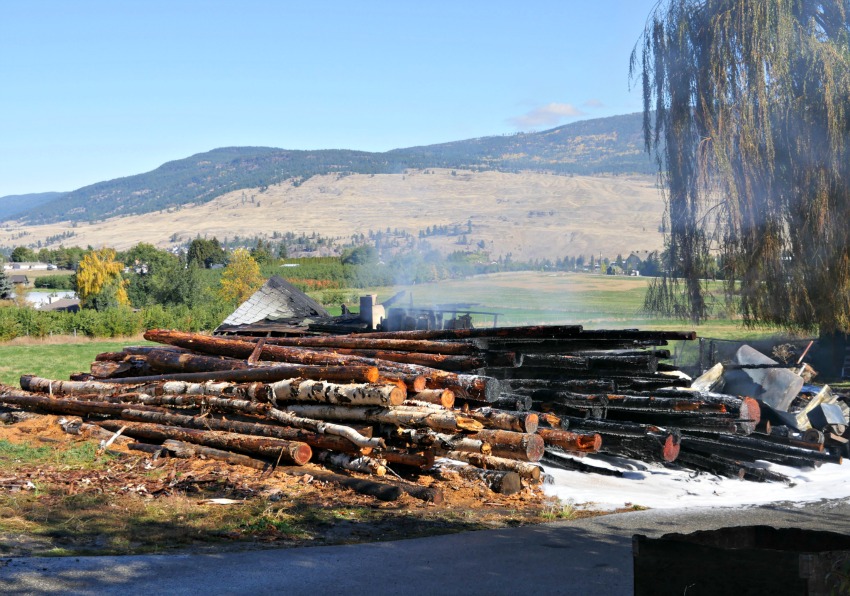 The Keukers operate a hay farm in addition to bringing in lumber wood to sell. Their shed was totally destroyed, with Keuker’s equipment inside. According to Lieutenant Glen Gregory with the Lake Country Fire Department, the fire also burned off the power line that ran between the garage and the main power supply line on the street.

This line was burnt off but still live, which meant that local fire fighting personnel had to douse surrounding structures, vehicles, and other items of value with water to protect them from catching fire, as well.

No persons or animals were harmed in this incident, and both the shed and the vehicle were insured. The lumber, however, was not. 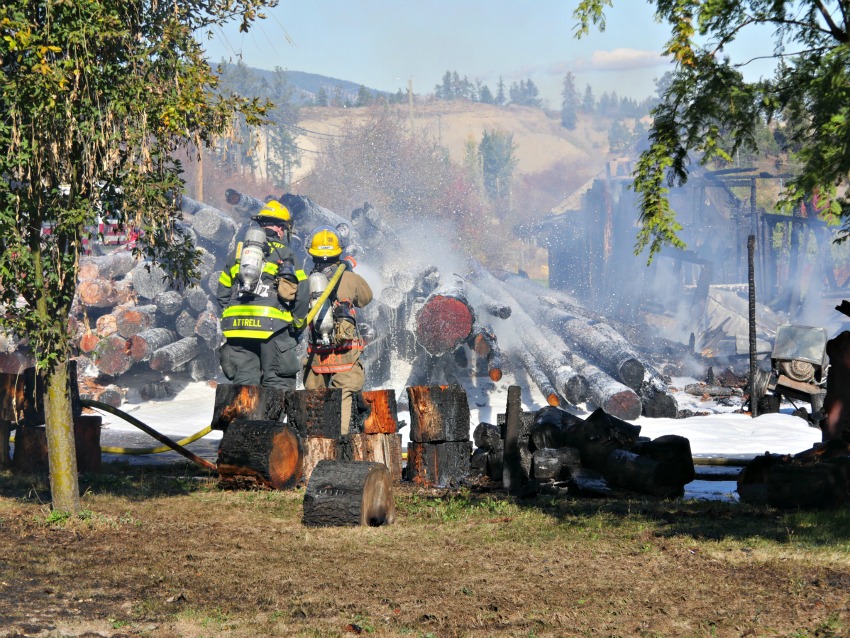 Glenmore road was temporarily closed because of this incident, but as of approximately 12:45 p.m. it was open to single-lane alternating traffic.

It is expected that this will be the situation until mid to late afternoon because, at approximately 1 p.m., crews were still knocking out hotspots and using a hydrant that required them to frequently traverse the road.

Firefighting units from Oyama as well as Carr’s Landing responded to this scene along with the Lake Country Fire Department. Altogether, the crew was comprised of two engines, one rescue truck, one water tender, and one ladder.