The Okanagan's first wind turbines have popped up off the Highway 97 connector.

took advantage of this weekend by making a little road trip out to the coast. looks to be a new wind turbine project up near sunset main #destinationikea #kelownanow#exploreokanagan#hellobc#explorebc#explorecanada#imagesofcanada#pnw#pnwcollective#greatnorthcollective#outbackcollective#cangeo#beautyofbc#okanagan#beautifulcanadagallery

Just west of the Pennask summit on the Highway 97 connector, five wind turbines have finished construction and are expected to be fully operating by early 2017. The turbine towers are 100 meters tall with each wind blade weighing about as much as a blue whale at 120 tonnes.

The project named ‘Okanagan Wind’ is in collaboration with the Westbank First Nations, Upper Nicola Band and Penticton Indian band.

“WFN is pleased to have been involved in the wind farm project for a number of years. The values of our people were considered, and its clean energy and economic benefits will be shared amongst the community at large” says Chief Louie of Westbank First Nation. 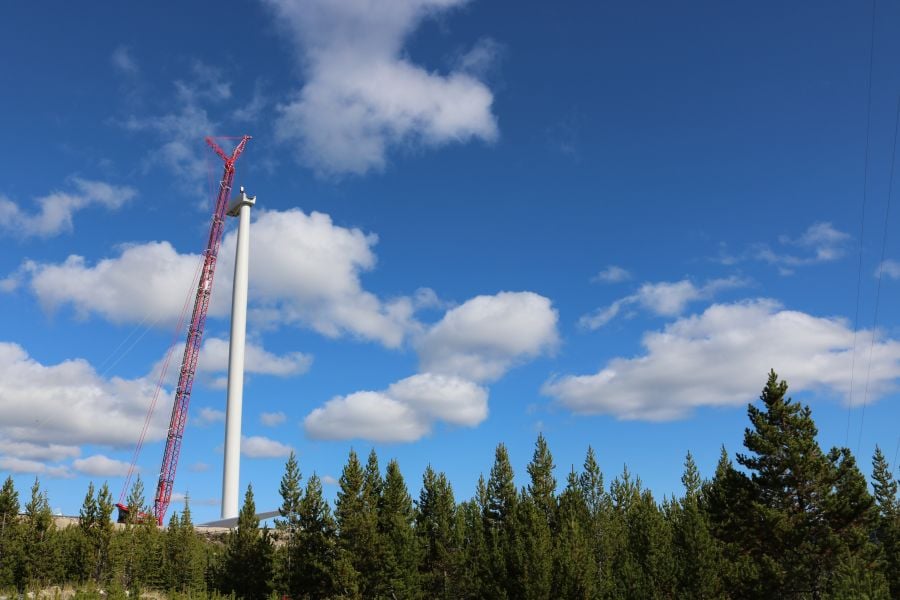 Okanagan Wind is a project that Zero Emission Energy Developments began developing in 2007. They scouted B.C. looking strong consistent winds and decided on the Pennask summit.

The turbines are the only wind energy project in southern B.C. with similar projects in Fort St. Johns and on Vancouver Island. According to Stephen Simpson of InstarAGF Asset Management, who have partnered with Zero Emission Energy Developments for the project, a 40-year purchase agreement deal has been reached with BC Hydro who will purchase all the electricity produced by the turbines. Construction for the first five turbines in Southern B.C created 60 jobs and the project is predicted to create enough energy for 9,000 homes. Do you think there should be an initiative for more wind and renewable energy type projects in the Okanagan?