Not many people would turn down a job to hit the road with legendary rock band Led Zeppelin when they were ascending towards the top of the rock music world, but that’s exactly what Summerland’s Dave Thomas did back in 1969.

“I was 22 … I had just met the woman who would become my wife (Jill) and I really didn’t want to leave Vancouver,” said Thomas, who has enjoyed a remarkable career as a sound engineer, recording studio boss and electronics wizard. 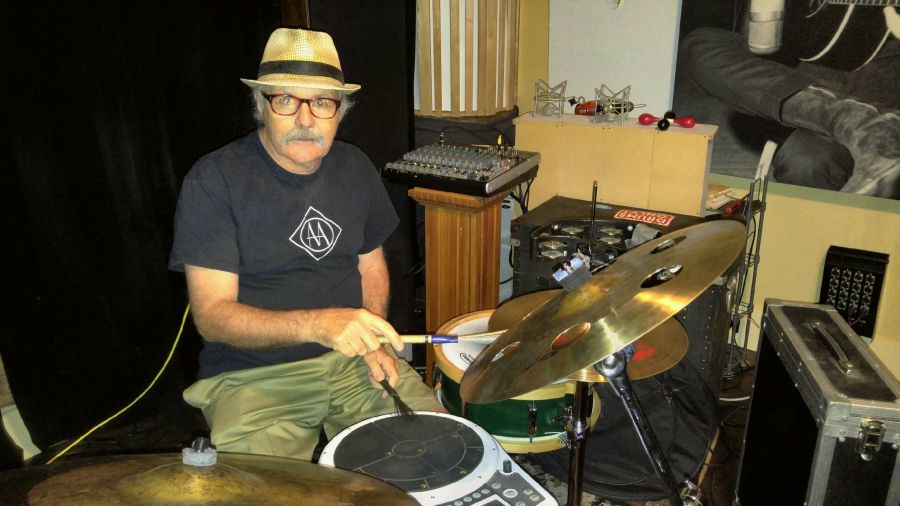 The members of Led Zeppelin were arriving to play their first ever Canadian concert in Vancouver at the old Vancouver Coliseum and Thomas had landed a job as a sound technician at the 1969 gig.

The band had ordered several stacks of Marshall amplifiers from Britain and they arrived hours before the Vancouver gig at the arena, said Thomas.

“But they didn’’t work,” said Thomas. “They had European plugs and ran on a different voltage system that we didn’t have in Canada.

“Me and my tech buddy working the sound board told the guys in the band that we could take the amps apart, change the taps and get them to work. It took us a couple of hours, but they were ready for the concert. I know the guys in the band were very impressed because they offered me a job."

His future wife had gone to fetch some food because of the extra work involved in fixing the amplifiers, which resulted in a funny story involving Robert Plant, Led Zeppelin’s lead singer and one of the most iconic rock stars in history. 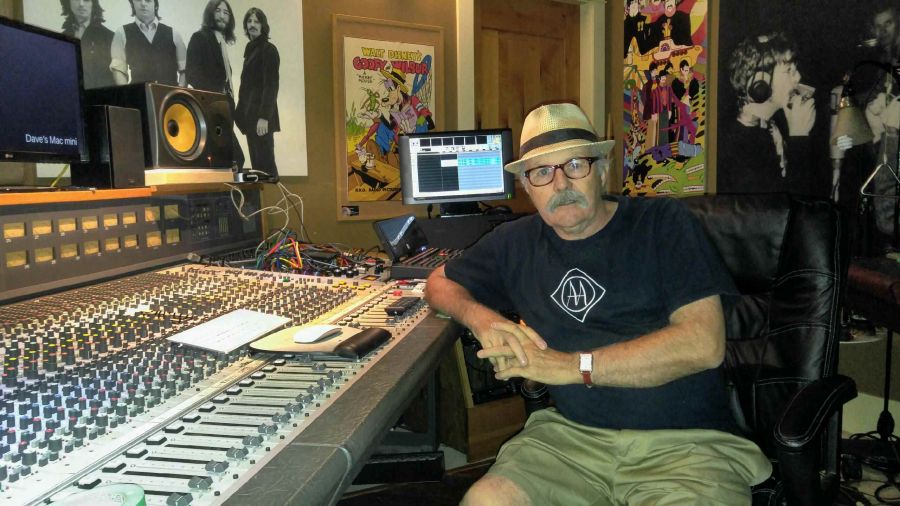 “Jill was handing out the burgers and Plant reaches in the bag to grab one, but Jill slapped him on the wrist and told him these were for the guys fixing your amps,” he said laughing. “The show went off so well, the band offered me a job to go out on the road with them.”

Led Zeppelin were just getting started and he knew they would become huge rock stars, but he never thought seriously about accepting their offer as he wasn’t ready to leave Vancouver or his new girlfriend, said Thomas.

Thomas’ love of electronics and sound engineering date back to his early childhood growing up in North Vancouver.

“I had an uncle who owned a radio repair shop and I would go over there and hang out in his shop,” he said. “I learned all about the basics of electronics at a very young age.” 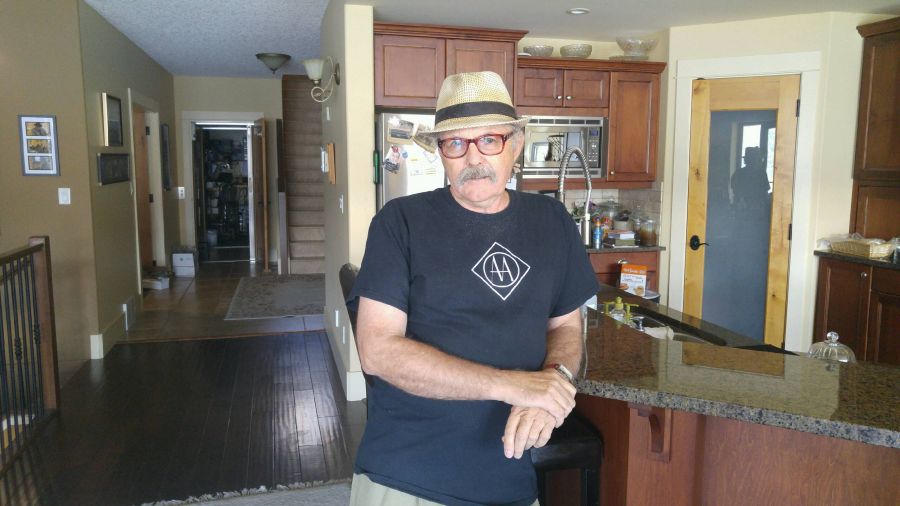 He joined a ham radio club by age 12 and was soon listening to jazz and blues radio shows from Europe and the United States.

“I could listen to jazz and blues stuff on the radio that just wasn’t offered on mainstream radio back in the 1960s,” he said. “I was 14 years old and listening to these blues guys who were influencing all the British bands in England like Led Zeppelin and The Rolling Stones … I was in heaven.’

He kept working part-time in radio repair shops while attending high school and improving his knowledge of repairing electronics equipment.

His high school electronics teacher was an excellent jazz guitarist and “he would let me loose in the electronics lab and promise me an A in his class ” if he would help repair school equipment after class, said Thomas. 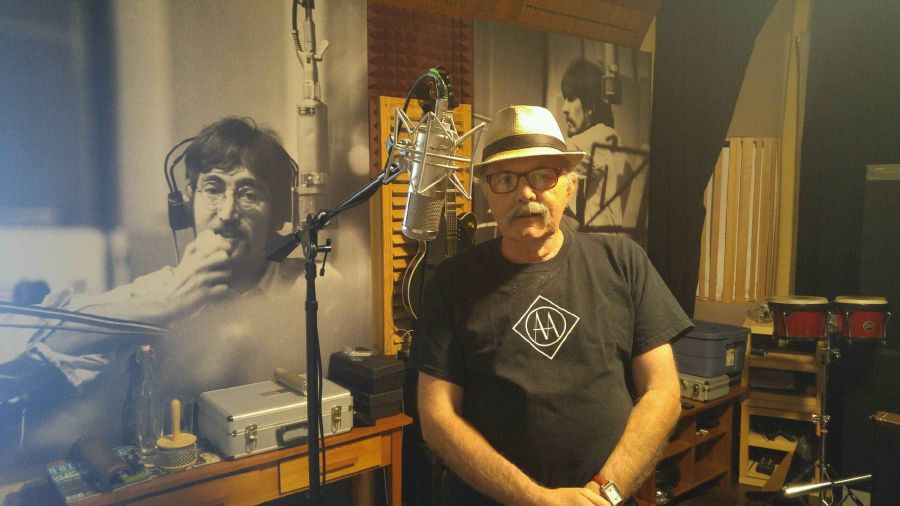 After graduating from high school, Thomas decided to accept a job with the Vancouver School Board as an audio-visual technician fixing electronic equipment like turntables, projectors and tape recorders.

He held that job for three years, but was getting restless as he wanted to pursue his passion for music.

“I was really interested in music, so I thought I would buy a set of drums,” he said. “I took some lessons and I joined a band with my brother Phil (guitar) and I can still remember our first gig at the Aldergrove Rock Festival back in 1968,” said Thomas. “What happened at that gig was the sound guy on the second stage had dropped some bad drugs and couldn’t function, so I stepped in and handled the sound for the rest of the festival.

Because of his growing reputation as an electronics wizard and sound technician, Thomas was offered a job with Kelly Deyong, one of the country’s leading audio equipment companies. He also kept doing gigs part-time at music festivals and concerts in the Lower Mainland.

“That sounded a lot more exciting than fixing audio-visual equipment for the school board … so I quit,” he said.

Thomas was hired as a sound technician at the 1969 Vancouver Rock Festival, which featured acts like J.J. Cale, Flying Burrito Brothers, Alice Cooper and The Grateful Dead.

He moved from Kelly Deyong to a job with Long and McQuade, the renowned Canadian music store company that started with one shop in Vancouver in the early 1970's and now has more than 50 outlets across Canada.

“I would fix guitar amps and public address systems and that’s when I really started playing around with recording equipment,” he said. 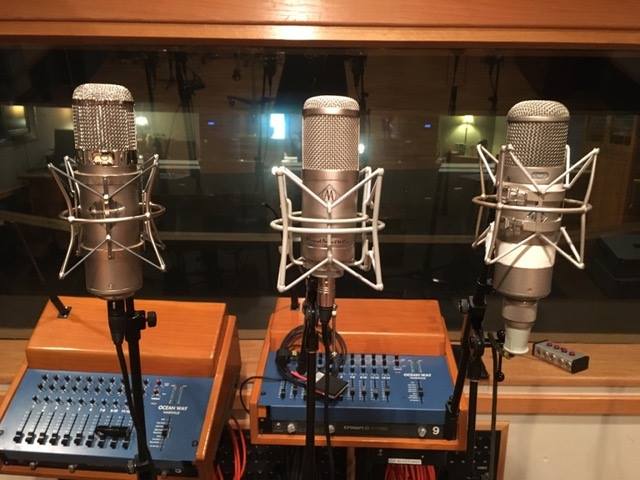 He ended up recording more than 200 live radio shows featuring artists like Etta James, Diana Krall, Mose Allison and many more that were played on popular jazz radio stations in and around Vancouver.

With his passion for sound engineering growing, he and business partner Ken Morrison opened Ocean Sounds Recording Studio in a double-car garage in North Vancouver in the early 1970s.

He kept his job with Long and McQuade for several years, but quit when they moved Ocean Sounds to a huge, state-of-the-art facility in Kitsilano in 1979.

Vancouver’s music scene was exploding and Ocean Sounds did booming business for many years, said Thomas. 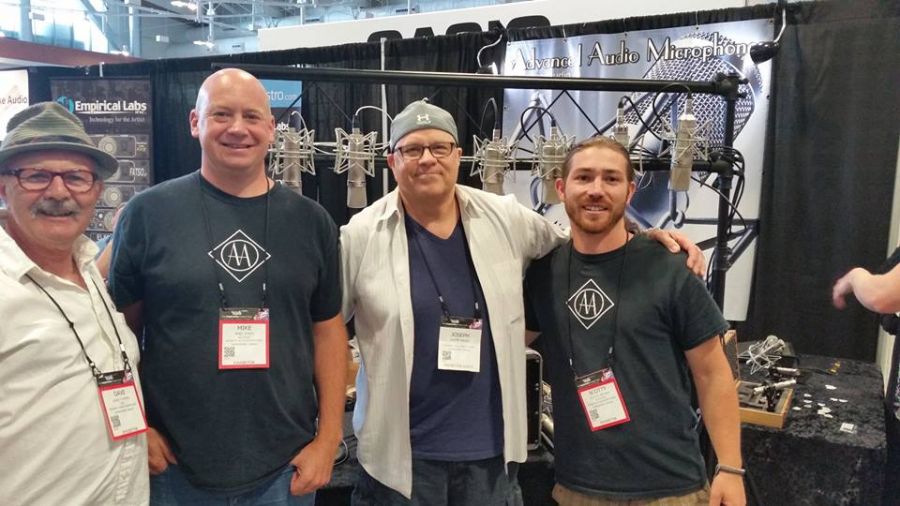 Bands and artists like Chilliwack, DOA, Art Bergman and all kinds of jazz and blues bands recorded albums at his studio. He also got many contracts working on film and television projects.

“I had flown to L.A. to bring some gear for an animation show we were working on,” he said. “When I came back and my assistant engineer told me Roy Orbison was in the studio … I didn’t believe him. Then I got upset because he’s one of the greatest singers in history.”

Fortunately, a friend introduced him to Lang backstage after she performed at a concert in Kelowna four years later, he said.

Thomas ran Oceans Sounds studio for several more years before deciding to make the big move to Summerland 11 years ago.

“My son had just moved here, so we came up for a visit and really liked it,” he said.

Advanced Audio Microphones is doing well, keeping him busy and he’s loving his life of semi-retirement in the Okanagan, said Thomas. 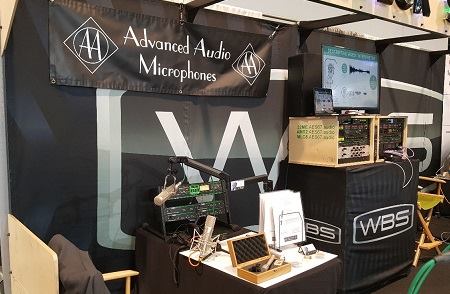 When he looks back at his life, he considers himself blessed that his childhood obsession with electronics and electronic equipment has led to such a successful and rewarding career.

“I was just one of those kids who became obsessed with how things work,” he said. “When I pulled this equipment apart and saw how it worked, it just all made sense to me.”

Thomas said he’s been blessed to be able to work with amazing musicians and sound engineers over his 45-year career and says going to work has been a pleasure virtually every day of his life.

“Not many people get to do what they love and I’ve always been able to go to a job that I enjoyed,” he said.