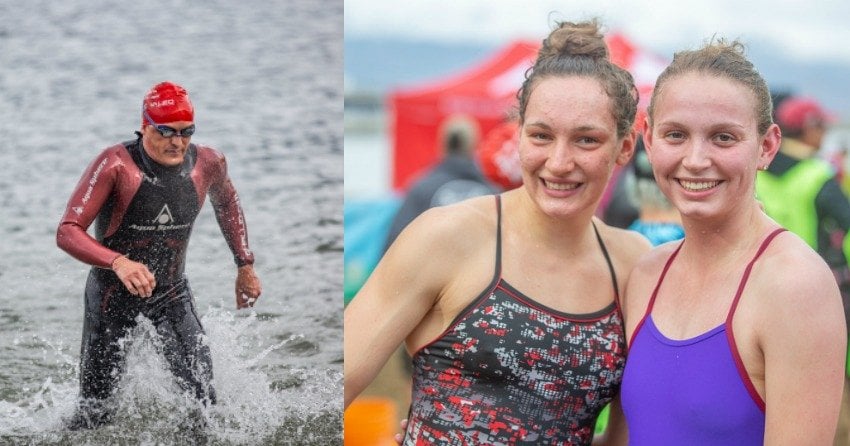 Dozens gathered at Hot Sands Beach in Kelowna’s City Park this morning to take part in the impressive spectacle of the annual Across the Lake Swim. 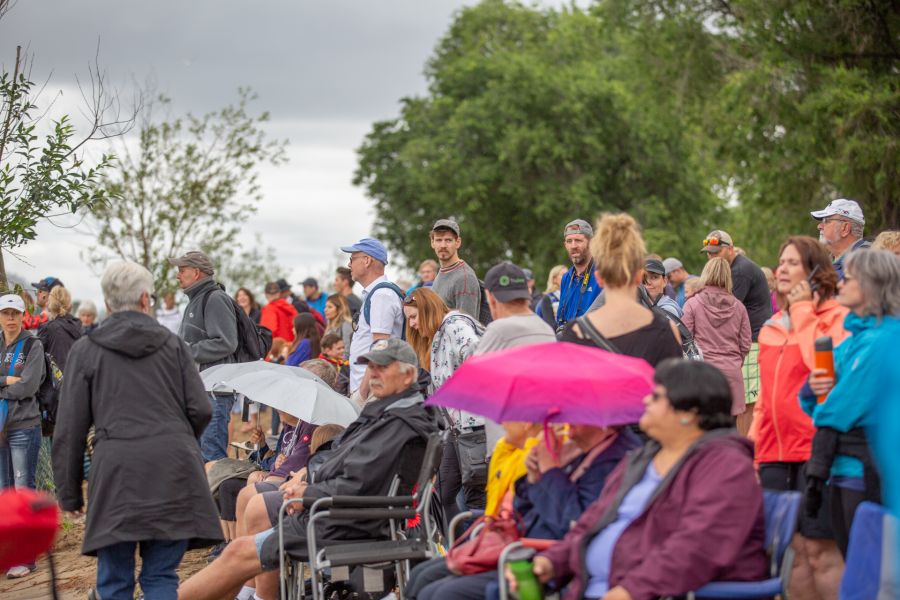 What started out as a right of passage for local swim clubs more than 70 years ago has since turned into one of the city’s most iconic summer events, drawing hundreds of avid swimmers from not only across BC but Canada and other parts of the world.

The 71st edition of the event welcomed what is said to be the largest number of registered swimmers since its inception with a whopping 1,325 participants. 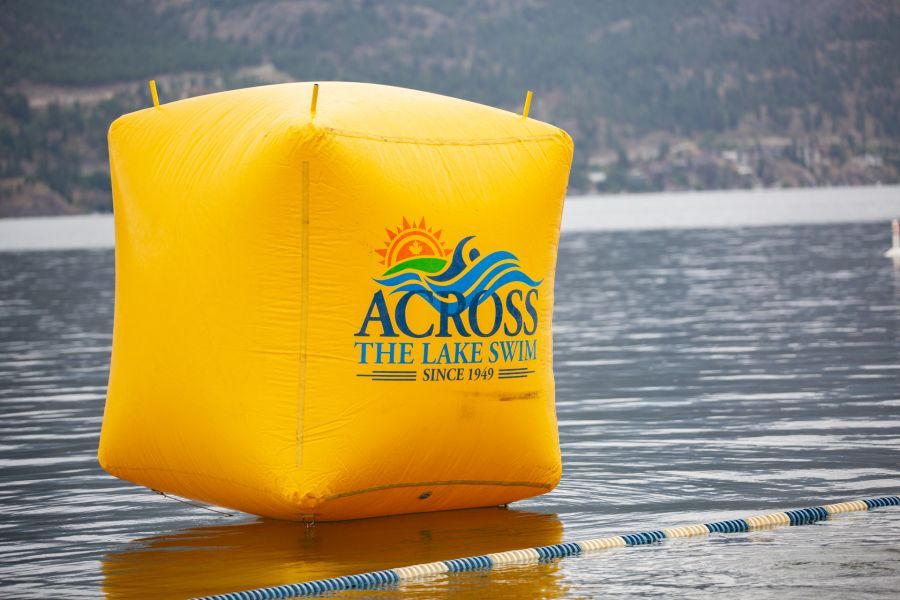 “It is a big community event and it grows every year,” said race director, Peter Rudd.

“Last year we were at about 1,200 and now here we are — it has turned into a bucket list event and people from all over the world are here today to participate, it just keeps getting bigger and bigger!” 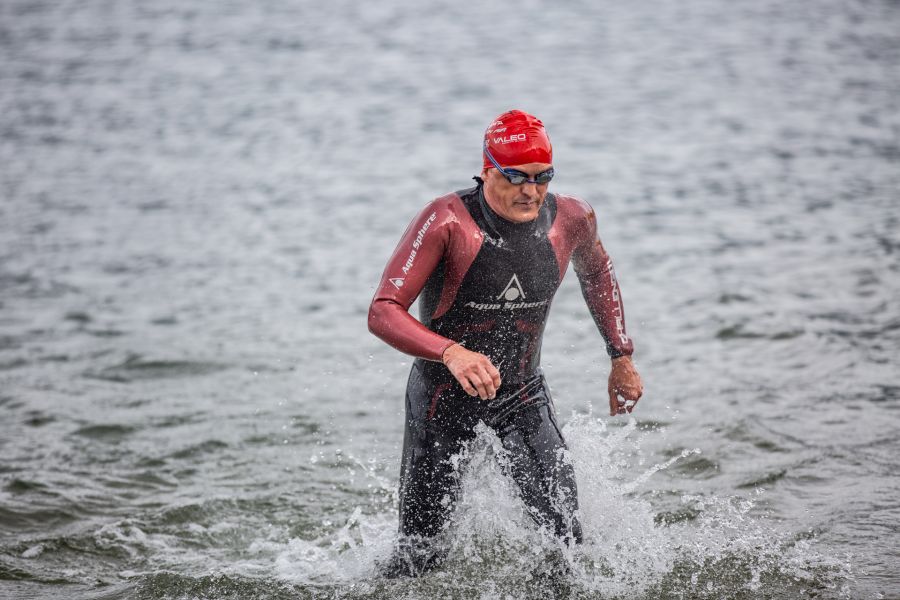 In addition to creating a space that not only brings fellow swimmers together but, an entire community on race day — the Across the Lake Swim also makes it a priority to give back to the city and it’s residents who have supported them over the last seven decades.

The race donates all of the funds garnered through registration fees to the YMCA of the Okanagan to put children through free swimming lessons. Since 2002 the event has raised over $115,000 for the Y and supported over 16,000 children along the way. 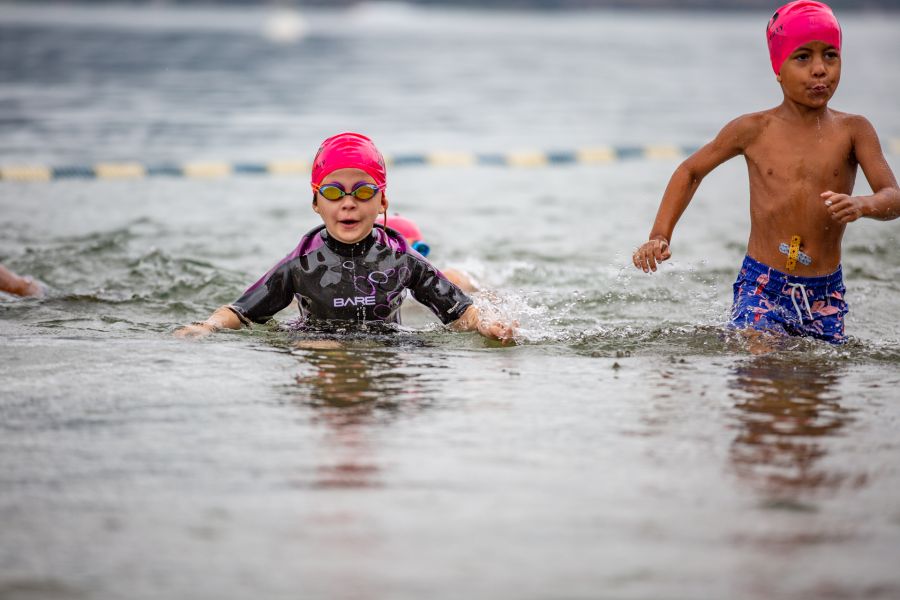 “This is why we are all here,” said Rudd. “To help drown-proof the youth in the Okanagan.”

Of the over 1,300 swimmers to cross the finish line, Justice Migneault of Maple Ridge, was the first for the second year in a row. 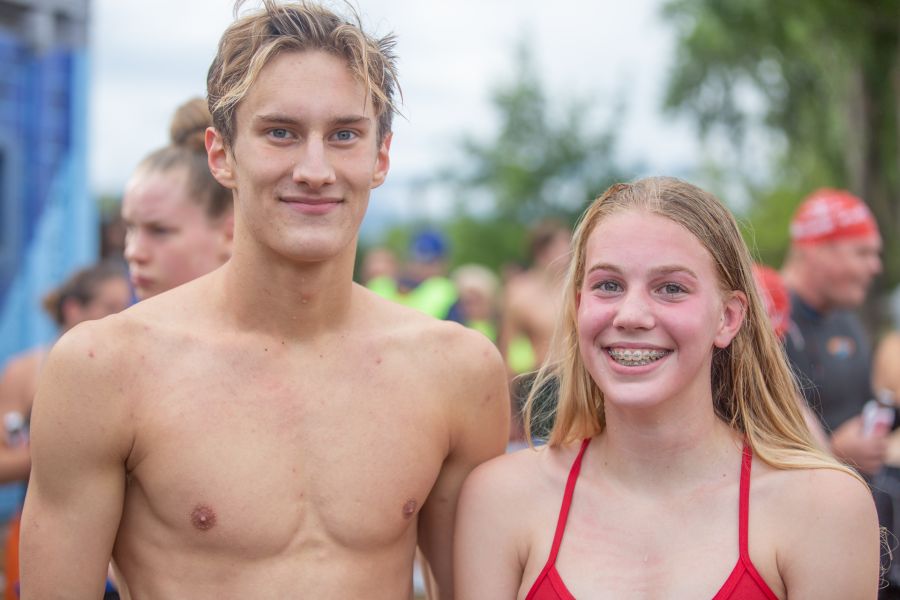 Migneault finished the 2.1 kilometre swim from West Kelowna to City Park with and impressive time of 23:51 — However, his victory did not come without some fierce and friendly competition.

He and Coquitlam’s Alex Woinoski swam side by side for the race’s entirety, with Migneault pulling ahead in the final seconds of their foot race to the finish. 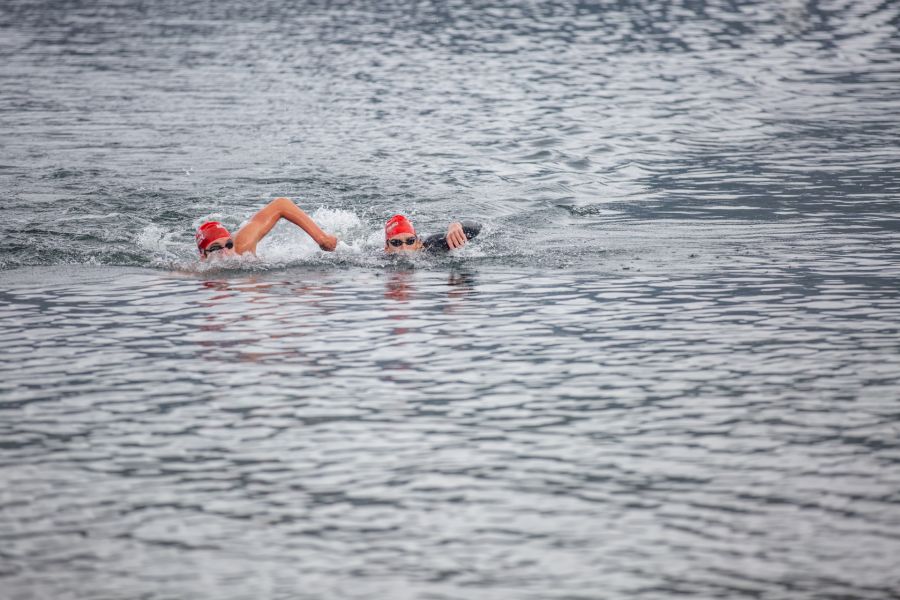 “I was excited going into this and kind of worried because of the Woinoski brothers coming back this year,” said Migneault who also mentioned he and the brother have competed throughout their swimming careers.

“But it was fun to race Alex the whole way here — we were neck and neck the whole time.” 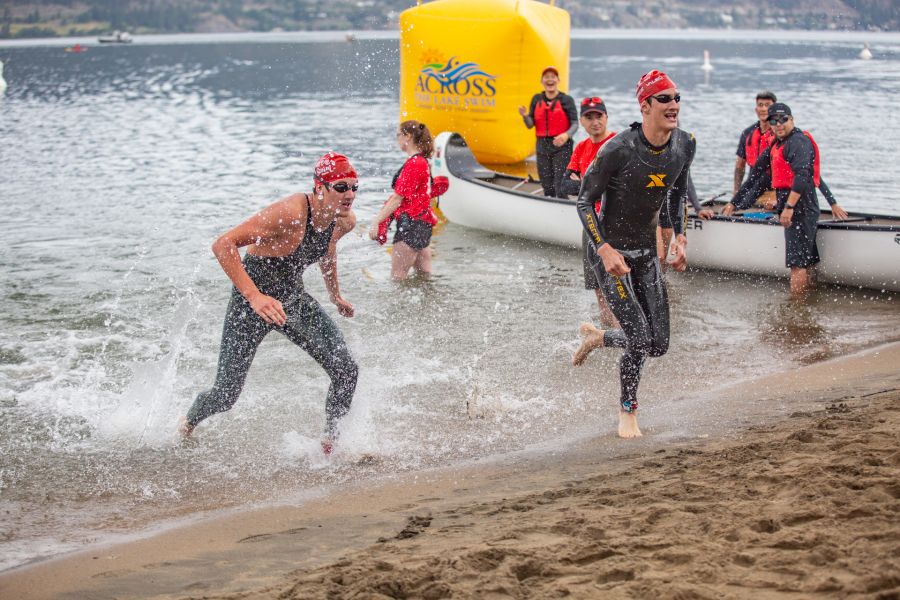 Migneault admitted he had to push a little harder this year for training compared to the last in order to make sure he was ready to go up against the brother duo.

“I do winter swimming so I train all year and practice distance swimming for events like this — I’m really happy with the outcome and just really excited to be here.” 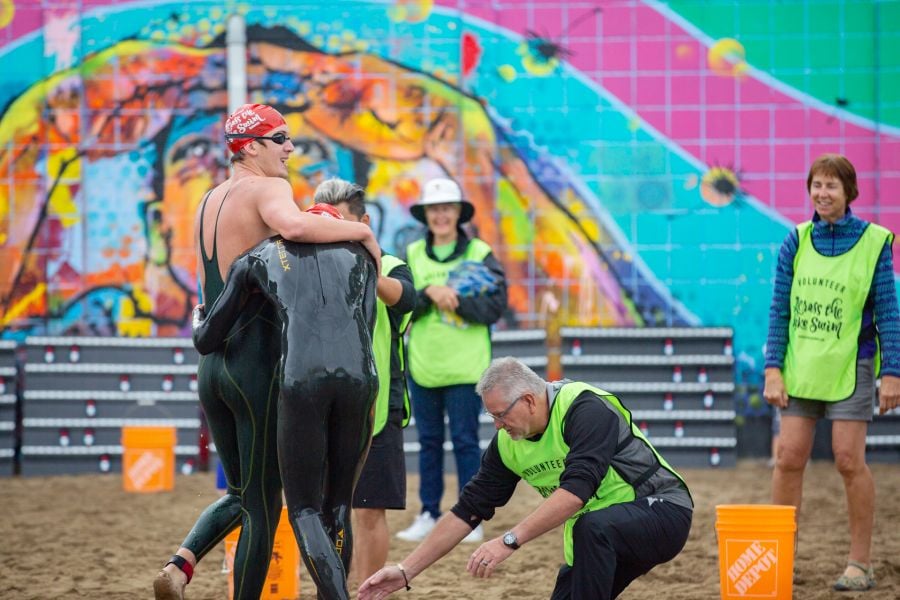 Coming up with a first-place finish in her gender and swim categories, in addition to capturing third overall — Kelowna’s Molly Hill crossed the line just shortly after Migneault and Woinoski with a time of 24:21. 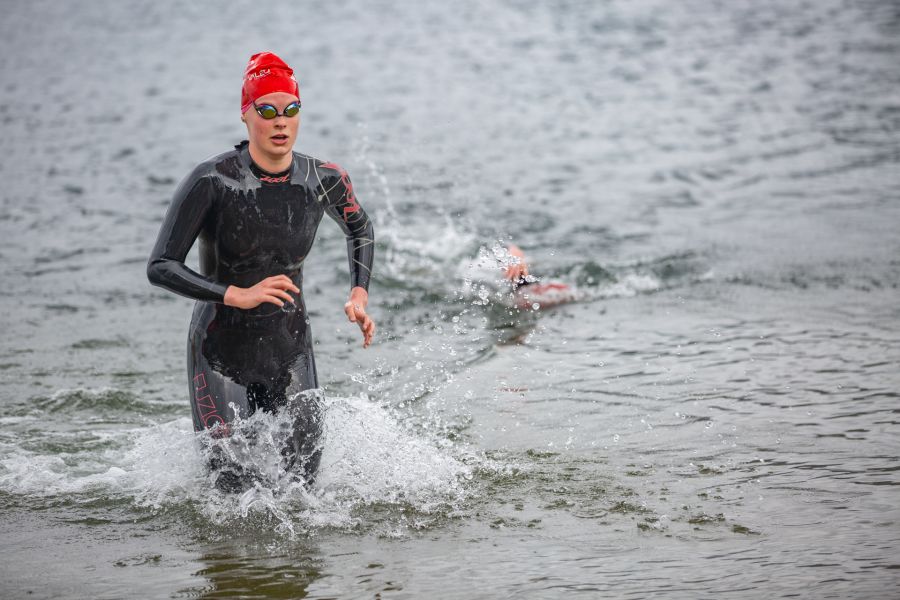 Congratulations to all the participants!