Mthandazo had gone to Kamloops for the weekend to play in a recreational soccer match when he went for a swim with his 11-year-old.

Unfortunately, the water current was moving extremely fast and although he was able to bring his child to safety, Mthandazo went under and was swept away.

The Vernon doctor was the sole source of income for the family of four, and a GoFundMe was launched earlier this week to support his wife, Julia and their 11-year-old son Musa and eight-month-old Lethu. 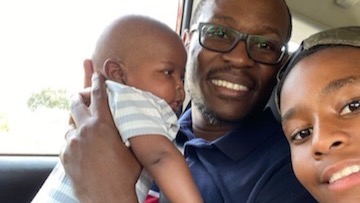 The fundraiser has already surpassed $25,000 and is well on its way to reaching $30,000, to help support the family during this time of uncertainty.

Organizer, Noha Fossen, noted in the latest update that Julia is extremely thankful for the community’s kindness.

“She has found the support from the community overwhelming and wanted to let everyone know how much she appreciates the love,” said Fossen.

“She tells me it has brought an incredible sense of comfort amongst all the confusion and wanted to ensure people know just how thankful she is.”

The Mthandazos moved to Canada in January 2014, where they set up roots in 100 Mile House before moving to Vernon where most people came to know him as Dr. Mthandazo.

In January 2021, he took over Dr. Fred Dyck’s practice and had been caring for thousands of patients in the region since then.

Dr. Gorea, who worked closely alongside Mthandazo told Fossen, that people would often comment on “How he was the absolute best doctor in the world!” 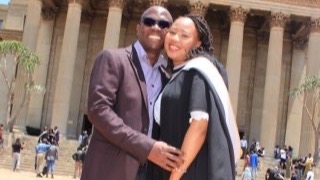 Julia described Michael as a happy-go-lucky, kind-hearted individual in the community who was someone you could always count on.

They were set to celebrate their 11th wedding anniversary this week, on Aug. 11.

At this time, the search for Dr. Michael Mthandazo continues and dive teams are regularly checking the river.

Those looking to donate, or would like to leave words of support can head to the GoFundMe here.

(UPDATE - Aug. 8 @ 6:25 pm): Additional details have been revealed following a presumed drowning that happened in the Thompson River near McArthur Island Park.

On the evening of July 30, Kamloops RCMP received a report of a man who entered the river and was swept away by the current and did not resurface.

A fundraiser has now been launched for the family of Dr. Michael Mthandazo, who was in Kamloops for the weekend playing in a recreational soccer tournament when the incident happened.

“He then went for a swim with his son but the water current started to speed up and although he was able to help his son out of the water, he wasn’t able to get out himself,” explains Noha Fossen, the creator of the GoFundMe.

“He was unfortunately swept away and his body has yet to be recovered.” 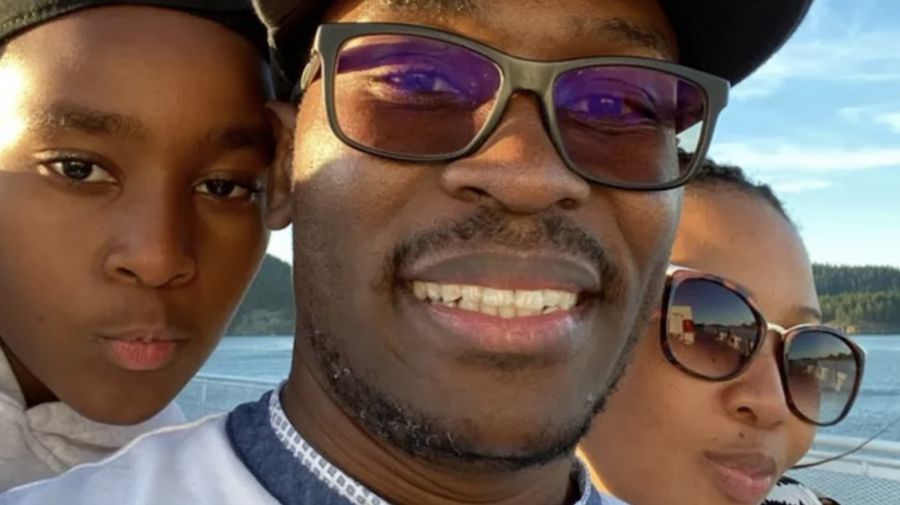 The GoFundMe for Mthandazo indicates that he and his family had only moved to the Okanagan in January of 2021, and had taken over the family practice of Dr. Fred Dyck.

Mthandazo was the sole income for the family of four, and his wife Julia and their two sons aged 11 and eight months have no extended family locally to help support them during the difficult time.

“This is such a tragedy and with Julia’s blessings, we have started a GoFundMe page in hopes to alleviate some of the financial burden ahead,” added Fossen.

Those looking to donate can head to the GoFundMe here.

At this time the search for Dr. Michael Mthandazo continues, NowMedia has reached out to the KamloopsRCMP for a response.

(ORIGINAL STORY - July 31 @ 11:26 am): The Kamloops RCMP Underwater Recovery Team is investigating a suspected drowning that took place on Saturday.

At 5:30 pm, RCMP officers received a report of a missing male on the Thompson River near McArthur Island Park.

According to witness reports, the male entered the river and appeared to have been swept and did not resurface.

People in the area tried to help him but were unable to reach him and several boats in the area also responded but could not locate the male.

The Kamloops Fire Rescue and RCMP officers carried out an extensive search of the riverbank and surrounding areas.

The Underwater Recovery Team will help by conducting a more in-depth search in an attempt to recover the missing male.

“Kamloops RCMP would like to remind the public that the currents in the river are unpredictable and the riverbed contains many sudden drop-offs,” explains a release from the Kamloops detachment.

"Caution should be exercised and (personal floatation devices) worn when around moving water."