A local Kelowna organization called Mamas for Mamas has been expanding ever since the beginning in April of 2014. Shannon Christensen founded the organization while she was finishing her masters in psychology. Christensen noticed that mothers were struggling financially and through Facebook research reached out to a struggling mom to help her.

After that first interaction with a mom in need Christensen said she started a Facebook group with her mom friends. “I started a Facebook group with a bunch of my mom friends and the idea was to create a safe place where we could give items to one another without fear of those items being resold. I wanted to change the dynamic of moms in Kelowna from being competitive to compassionate.”

The group started with 32 members and grew to 1,600 in December of 2014 when they became a non-profit. Now Mamas for Mamas has more than 4,900 members in the Kelowna Chapter, and the organization has grown to another 15 different chapters in British Columbia, Alberta, and Saskatchewan. “It’s so empowering to see what Mamas for Mamas has done for our community. I want every community to benefit like this. Moms shouldn’t have to be working two or three jobs just to buy the clothing the kids need for the next season,” explained Christensen.

The group encourages moms to trade or donate items to other mothers, but it’s not only about donations said Christensen. “The organization will take donations of some things but we have a limited amount of storage space. We really want to encourage moms to development relationships among each other as well because it can be hard to make friends as a mom.”

Every six to eight weeks Mamas for Mamas holds a free swap event. The group meets together and shares thousands of items and any mother can come and pick up anything they’re in need of. Christensen says in the future they’re hoping to get a storefront space where these swaps can happen all the time. 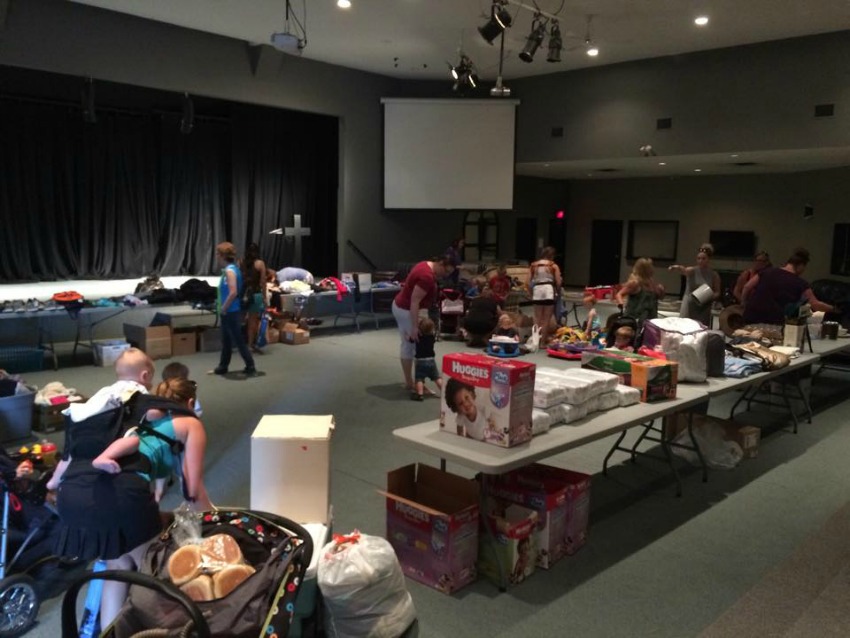 Mamas for Mamas partners with many different businesses and organizations to help better serve mothers. One business that’s in partnership with the group is Kelowna Chrysler, which just sold Mamas for Mamas their first vehicle. 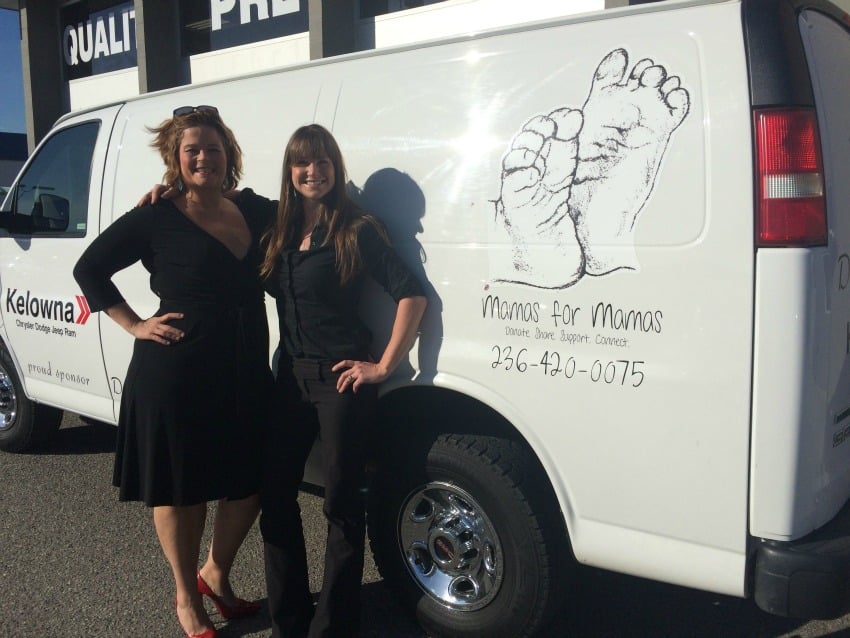 Kelowna Women in Business also just recently chose Mamas for Mamas as their charity of choice for 2015-2016. The funds that will come in will help with overhead costs as well as starting a non-profit childcare centre. “We’re looking to build a non-profit childcare centre to help those moms who want to go back to work or back to school afford that without going broke or having $20,000 in debt from an internship.” Christensen hopes to include programs to support moms dealing with mental wellness issues as well as a pantry food area for mothers in need of food.

Mamas for Mamas is holding their first ever major fundraising event on November 13th. The Country Formal Fundraiser tickets are $50 and attendees will experience a night of champagne, live music with a performance by Jordan Dean, and mechanic bull riding contests.

Tickets can be found online at Mamasformamas.ca, or in person at the OK Corral Liquor Store.

Mamas for Mamas has grown a lot in the past year but Christensen says this is only the beginning. “A non-profit can’t exist without incredible supportive community partners and an unbelievably supportive and understanding husband. We have people working for us 35-40 hours a week for free because they believe in it and love it. One day I’d love to be able to compensate them financially like they deserve to be.”