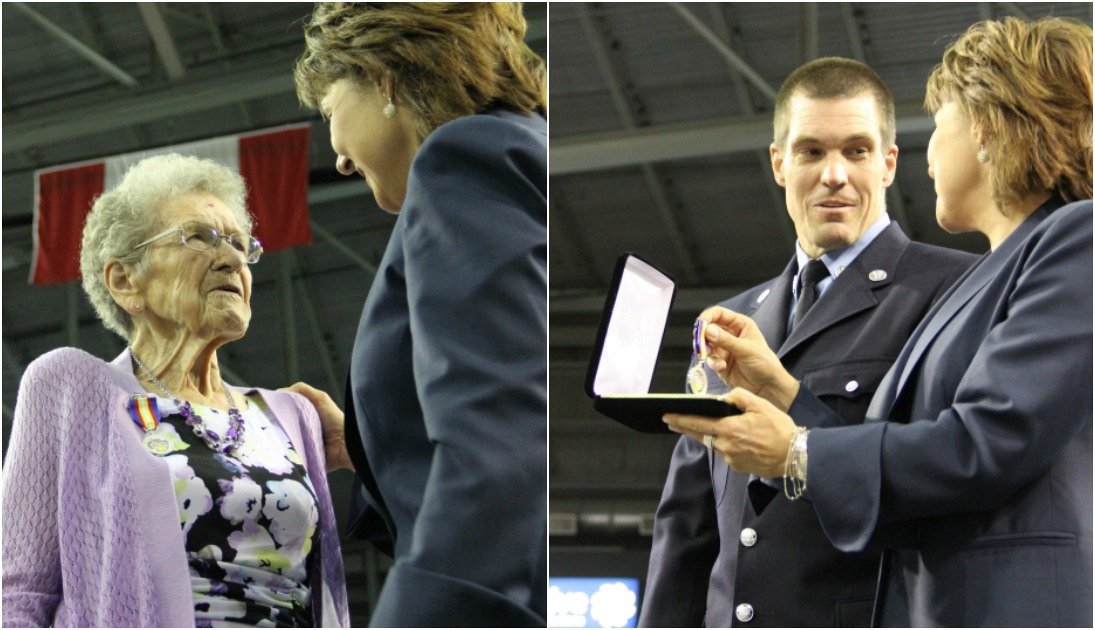 The premier created the medal of good citizenship last year. It is awarded to people that have made outstanding contributions to their community without expectation of remuneration or reward.

Marion Sallenbach is an institution in Lake Country. 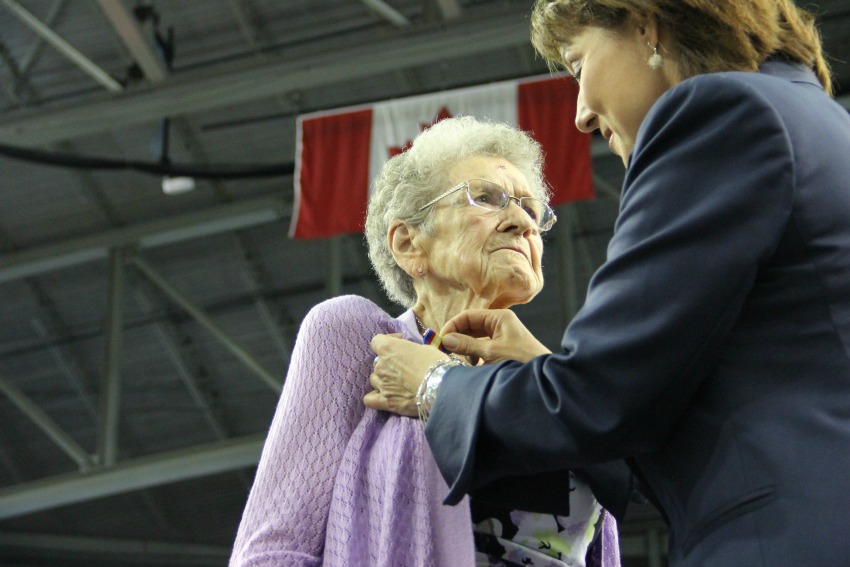 The resident of Winfield, who is in her 90s, was awarded the honour for her volunteer work.

For the past 50 years, Sallenbach has been volunteering with the Hospital Auxiliary in Winfield. She’s helped raise thousands of dollars for the Kelowna General Hospital and she's helped bring the Red Cross health equipment loan program to Winfield. This program has helped loan out equipment like crutches, canes, walkers and wheelchairs to 94,000 British Columbians in 2014-15 alone. 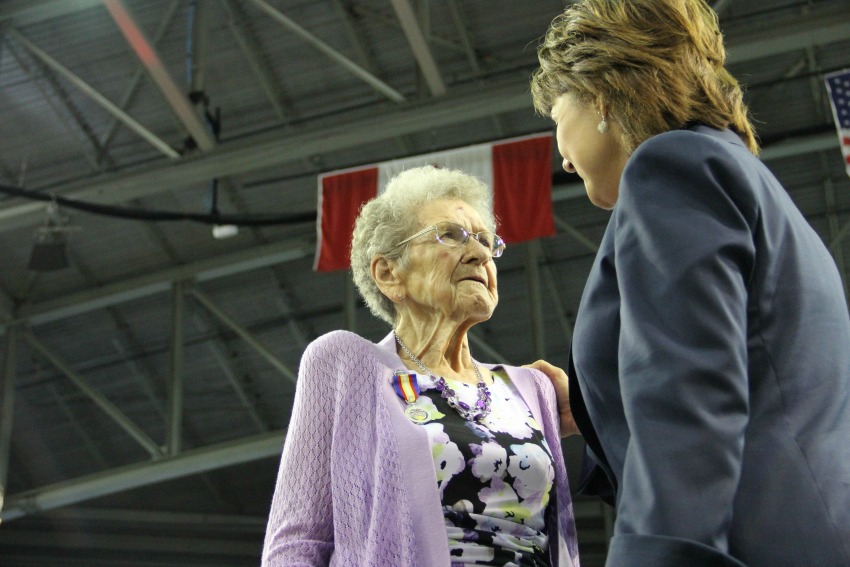 "As a Red Cross volunteer, it is my way of giving back to my community. It is a great way to meet new people and make new friends while also helping those in need," Sallenbach said.

Sallenbach continued to volunteer in the Okanagan with the help of her two daughters, Joanne Galigan and Sharyn Fiwchuk.

The second person that was honoured on Canada Day was Troy Becker. 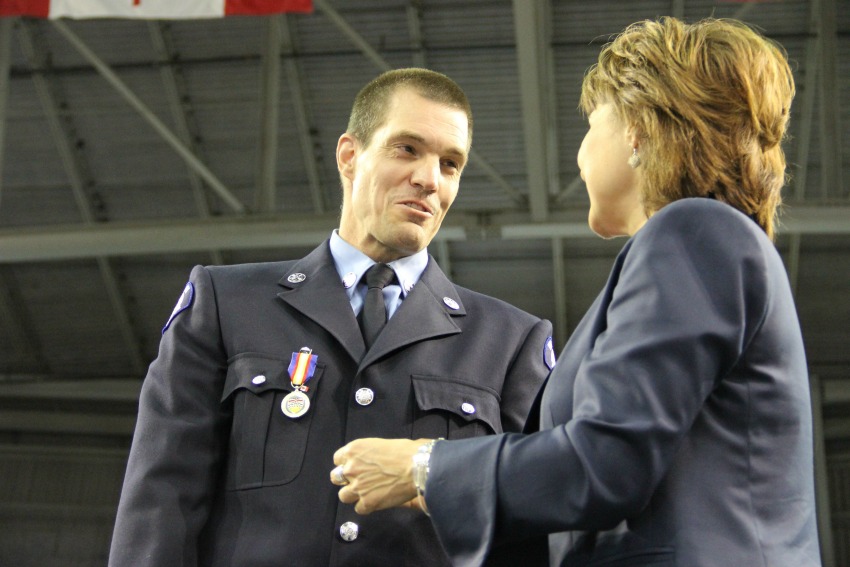 Becker lives in West Kelowna and is a professional firefighter and volunteer search and rescue member.

In its first year, the organization provided an adventure to three people and, as Clark told a Canada Day crowd in Kelowna, this year more than 1,000 will experience a once-in-a-lifetime adventure. 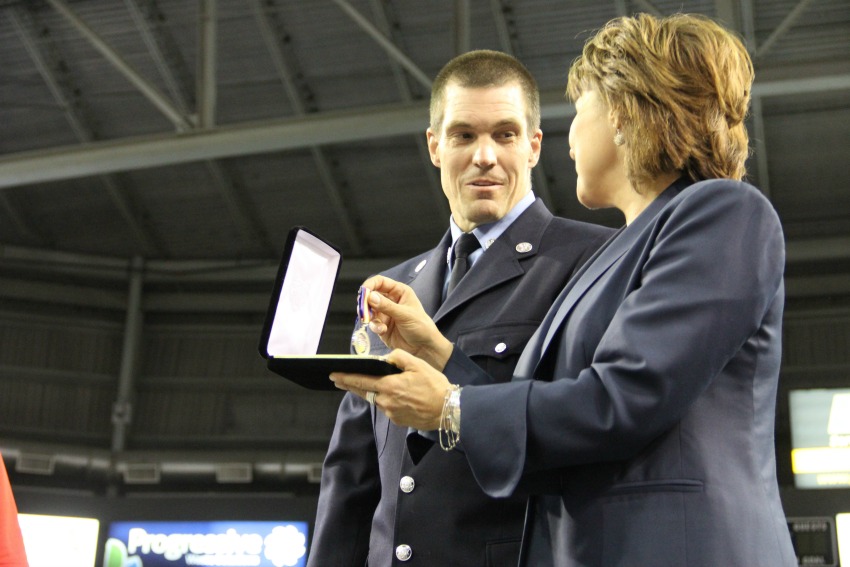 "Impactful initiatives require a dedicated and passionate team who provide the resources and energy to break down barriers, and an organization's purpose can only be achieved through leadership supported by a committed and compassionate network of people,” Becker explained.

Clark awarded Sallenbach and Becker their awards during the Canada Day celebrations at Prospera Place.

"Troy Becker and Marion Sallenbach are two extraordinary citizens who have gone above and beyond to make a real, lasting difference in people's lives," Clark said in prepared remarks. "By giving their time and talents so selflessly, they're more than just good citizens — they represent the very best in us."