The first ever Surgarplum Ball turned out to be a huge success, with participants saying it shows just how accepting Kelowna really is.

The concept first came up after the rainbow crosswalks debuted in Kelowna last summer and one resident called Mayor Colin Basran “Mayor Sugarplum.”

Instead of taking it in a negative way, Basran decided to play it up during pride, and other local personalities got on board, including KelownaNow’s Vincent Jones and Valaura Vedan. 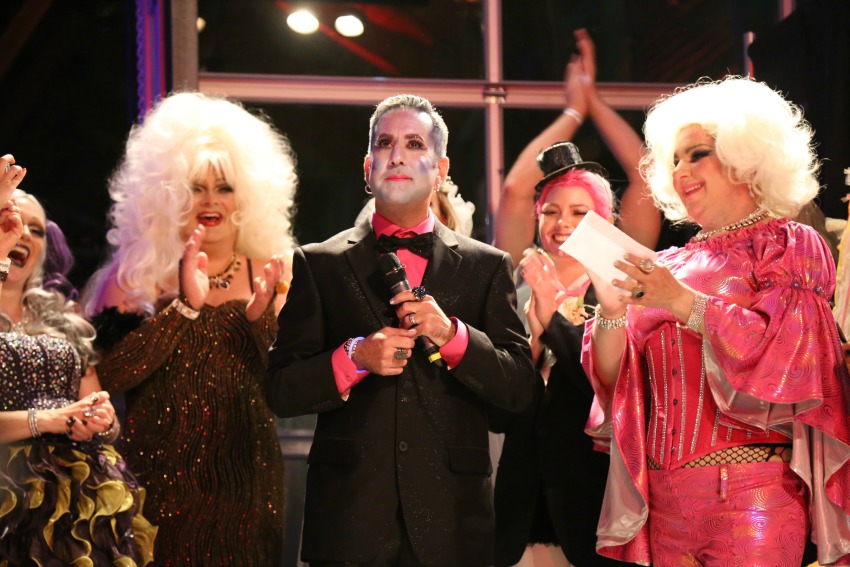 Each of the six “celebs” took part in their own drag transformations, executed by Kelowna Actors Studio’s Nathan Flavel and his team of three make-up artist and two hair stylists.

Flavel spoke with each individual participant to help plan his or her unique looks in advance.

The transformations got going behind glass for all to see, and each drag queen was revealed officially later in the night to a pumped-up crowd at the Rotary Centre for the Arts.

“Mayor Sugarplum” spoke to KelownaNow as he was being prepped.

“I feel really good actually,” he said, describing his look as artsy and fun. “That’s the whole point of tonight is that there aren’t any rules.” 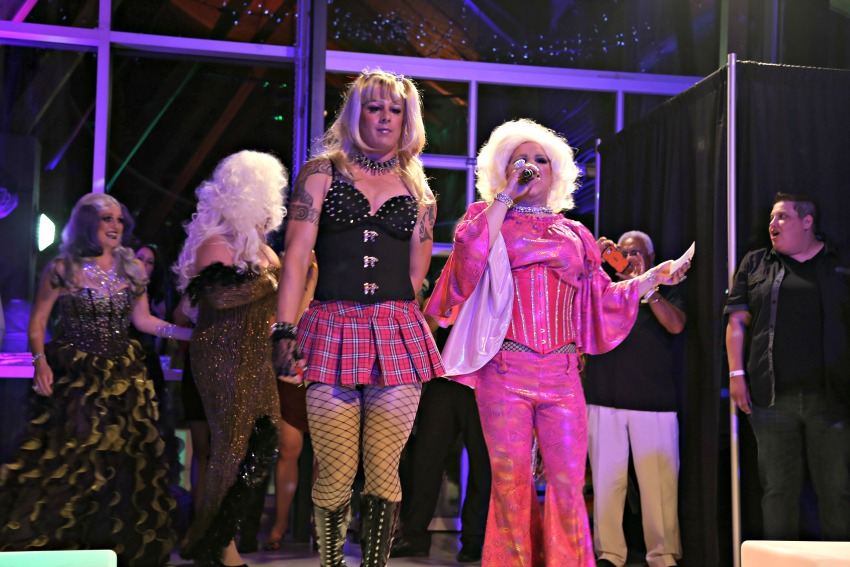 Basran said they discussed concepts and settled on one that he liked, which Flavel said was inspired by David Bowie.

The pride theme this year in Kelowna is “We are One,” something Basran said is so important.

“We are all one, regardless of how we look, what religion we practise, our sexuality, so this ball is indicative of that,” Basran said. “We’re all here to be kind and to have a good time.” 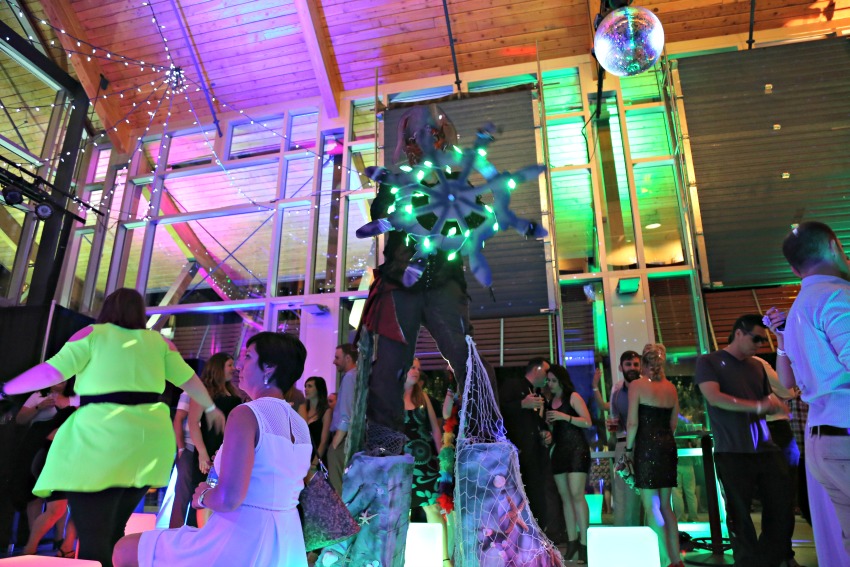 He said the Ball really shows what the community Kelowna is becoming.

“It all just fits in with the vision that Kelowna City Council has for our city and that we want it to be an accepting and inclusive place,” he said. “We want Kelowna to be a place where people can be who they were born to be.”

Jones and Vedan debuted as a role-reversed couple on their wedding day.

“I’m feeling awesome,” Jones said while getting all dolled-up. “This is a lot of fun and I’ve really enjoyed finding my drag persona.”

For the night, he was known as Barbara Bradley, who he described as a cheeky minx.

Do you recognize these two faces? @vpj7 and @valaurav killing it at the Sugarplum Ball in #Kelowna.

Before walking out to the crowd, Jones was asking advice on Facebook on how to walk in heels.

“I’m wearing a kitten heel tonight, see, I’ve figured out some terms. It’s not huge but for a guy who doesn’t usually wear heels it’s a bit of a challenge,” he said, who said the difficulty was upped due to the train on his wedding dress.

“People were giving me advice, heel-toe I think it was.”

The one-of-a-kind city event is something Jones said makes him even prouder to be from Kelowna.

“I think it’s fantastic. It’s the sort of city I want to live in,” Jones said. “…a city that’s inclusive, that’s open-minded, that looks to the future and welcomes people.”

He said he was pleased to see people of every age out to show support.

“We’re all one and we’re all human beings, let’s just embrace that.” 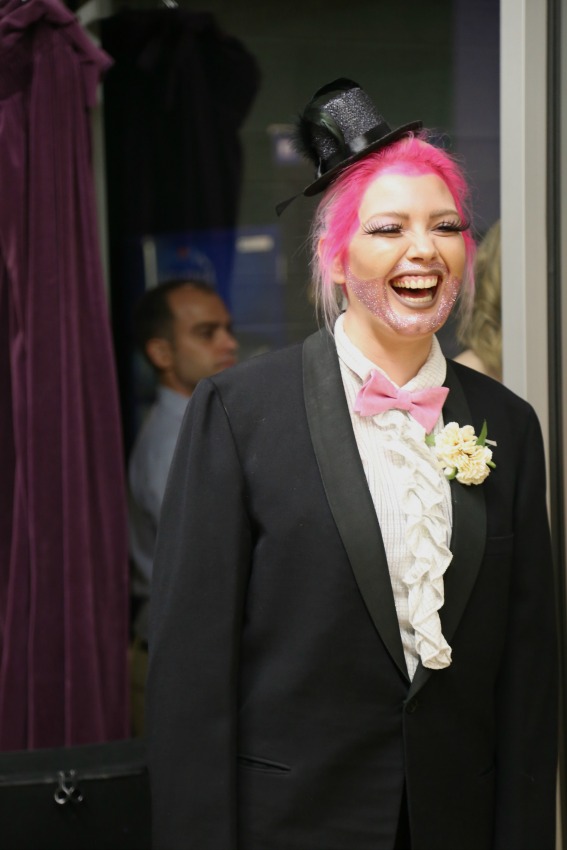 -With files from Molly Gibson Kirby.