Expect Leon Avenue to look a little less cluttered, as new free storage units will give Kelowna’s homeless a place to store their carts and belongings.

The Kelowna Gospel Mission has just finished construction of 12 small sheds, making them available to its clients free of charge.

The mission partnered with the City of Kelowna and BC Housing to construct the sheds, to deal with what executive director Randy Benson calls the “the whole situation on Leon Avenue.” 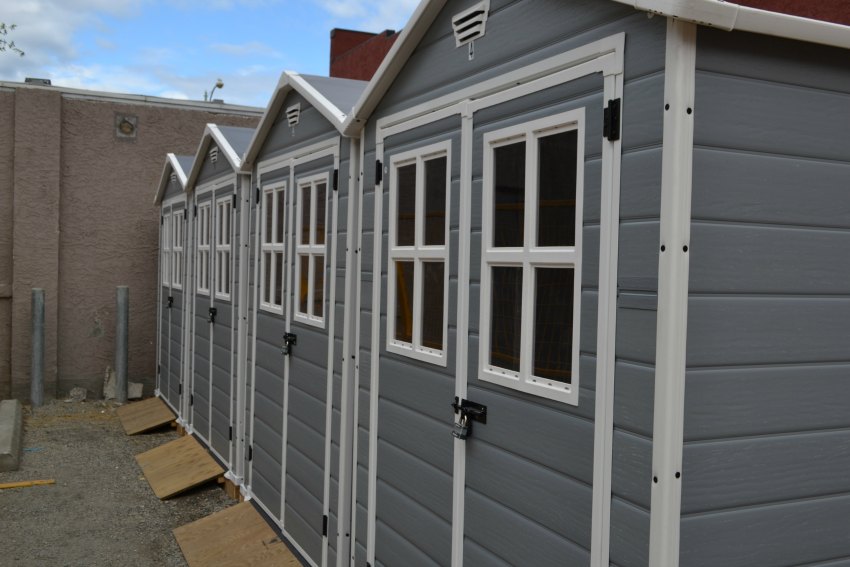 Many people frequent the area around the 200 block on Leon, often carrying their belongings with them in grocery carts.

The carts have been a sore spot in the past, as residents complained about clutter and dangerous driving conditions on the road.

Earlier this summer, the mission finished construction of an open courtyard in its former retail space, with the intention of giving people a place to rest that wasn’t directly on the street.

The courtyard is often used, and Benson said he hopes the sheds complement it and provide even more freedom for the mission’s clients.

“Part of the situation we saw with the city was they don’t have a place to put their carts,” Benson says.

The sheds, located behind the mission’s Leon Avenue location, opened over the long weekend, and Benson says they’ve been about two-thirds full since that time.

He says the sheds are a "blessing" for those who often don’t have a place to store their belongings when they need to visit doctors or go to important meetings.

Clients can register with a caseworker to use the storage,and Bensen said they can keep their things there as long as they stay in contact. Along with an individually locked, safe place to keep their effects, Bensen said the sheds also encourage more people to use the mission.

“It’s another touch point for people who might not be accessing services,” he says.

Right now, the 12 sheds are getting good use, and Benson says the Mission have the capacity to double that amount if the demand is there.