Homeless upset over having to pay fines to recover personal items

When you’re living on the streets, there’s only so many things a person can truly own - a blanket, coat, food, cans and whatever else can fit in a backpack or shopping cart. Members of Kelowna's street community claim their blankets and bags are being taken to City Hall until the person can pay the $40 fine. The fine is part of the new bylaw that prohibits people from blocking sidewalk traffic 24 hours a day. 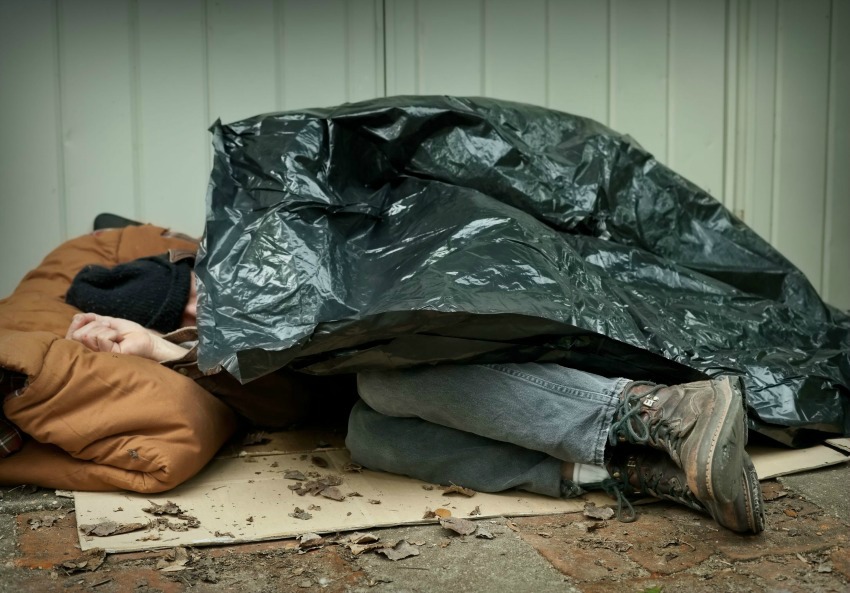 “You see it every day, they come down here, the bylaw comes down and they steal people's carts and take their sh$t and they take it away and then they ransom it off,” said Fred, a frequenter of Kelowna Gospel Mission services.

“I want to be abundantly clear that the City of Kelowna is not targeting people sleeping on our streets with the purpose of harassing or incarcerating our most vulnerable residents,” said Basran in December 2016.

The City says the purpose of the fine is to clean up the streets, protect downtown businesses and keep sidewalk traffic clear.

“I got woke up this morning at 6 o'clock told to pack my sh$t and leave,” said Robbie.

Robbie has been barred from local shelters and moves between sleeping on the streets to hanging out at the Kelowna Gospel Mission (KGM) courtyard on Leon Avenue.

“They took my blankets, pillow, and everything,” said Robbie.

“They threw it in the garbage, all my clothes, and everything - I just assumed. What else are they going to do with it? I don't even know where it's at right now,” he said.

Tom Wilson says the individuals' items are not being taken from them while they are still in possession. He's the communications officer for the City of Kelowna. In an email, Wilson recalled what an off duty bylaw officer said occurs in these situations.

“Bylaw Services will impound abandoned unattended items that have been left obstructing a sidewalk for an extended period of time or upon receipt of a complaint or left in a Public park and is then handled under specifics noted under the "impoundment of chattel" sections in either of the Traffic or Parks Bylaw,” he said.

“There is an associated impound fee of $40.00 that may be charged as items are often stored up to 30 days prior to disposal if unclaimed but impound fees are often waived for first offenders of limited means,” said Wilson.

A local business owner isn’t convinced that the fine is effective.

"The way they seem to want to address it is by ticketing people who are homeless,” said Chad Abougoush, owner and operator of Boyds Tire and Auto Service.

“I'm pretty sure the last time....they received a payment from a homeless man from a bylaw ticket is not regularly,” said Abougoush.

Abougoush says he's had a few encounters with the homeless population and that makes him concerned about his staff`s safety.

"You know we had some guy chase one of our employees with a golf club, we've had a gentleman ride his bike inside the shop one time and steal the keys off the wall," said Abougoush. 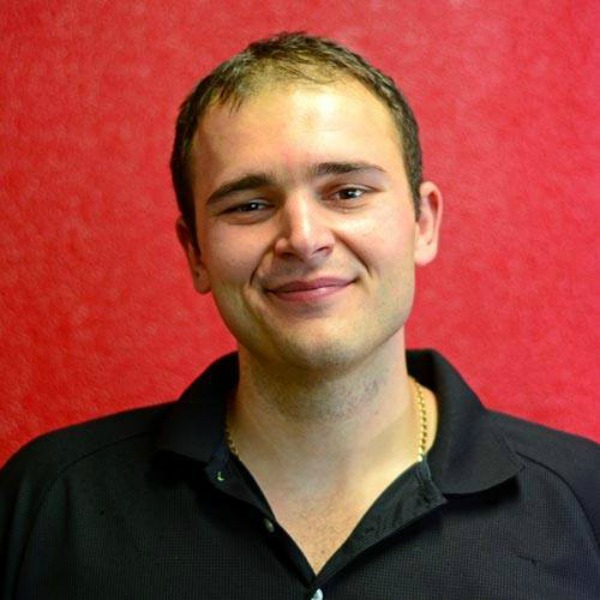 He says the city isn`t doing enough to solve the problem.

“So they hire one more guy for downtown and they mandate our police to come down here and kick'em off of the street -well they just go somewhere else,” said Abougoush.

Abougoush said he and his neighbouring businesses have made multiple complaints to the City but haven’t heard much back.

"They're not addressing it at all... they just don't seem to really care about it...it's not their problem,” he said.

But Sonja Menyes hasn’t heard that individuals are actually being ticketed. She’s the development officer for the Kelowna Gospel Mission.

"People aren't being fined as far as we know,” said Menyes.

"I mean the police come around and they make sure people are OK and they might ask them to move along but they don't seem to be, you know handing out fines,” she said.

“They have to pay a fine,” said Fred.

Fred is a frequenter of the Kelowna Gospel Mission and has friends he visits on Leon.

“These are people I know, these are people I see down here every day - that they're getting their stuff taken - and they have to go and get it back so they can just do it all over again,” said Fred.

According to Fred, many of his street community friends have nowhere to go. While Fred has a place to stay he says he wouldn’t want to stay in the shelters.

“These are people that have no place to go except for a little bit of a shelter in there that feels more like a yard up than it does a place to go and relax,” said Fred. 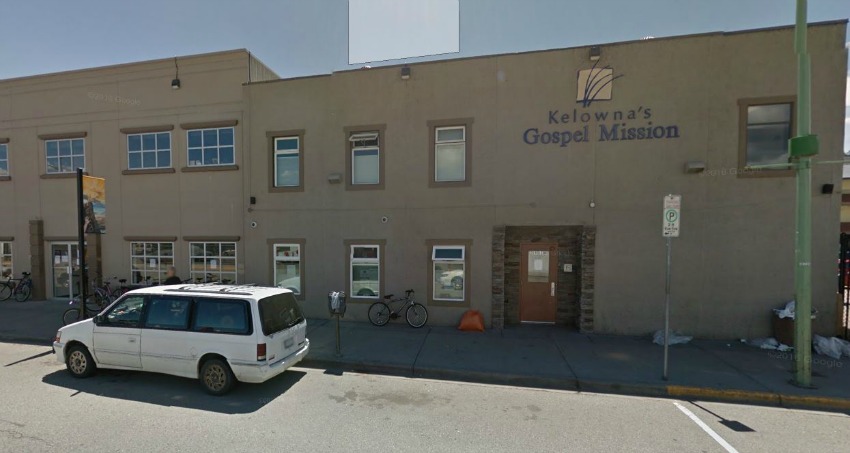 Menyes who works for KGM says the mission always makes room for people to stay, unless they are a danger to themselves or to others.

“They might be people who have addictions or mental health issues and it might be, you know, they might be suffering from anxiety and they don't want to sleep with that many people,” said Menyes.

KGM is a low-barrier shelter, which means people can stay if they are under the influence as long as they’re not deemed dangerous.

Whether it’s mental health issues or if people are a danger to others - there are individuals that live on the streets with either a bag or cart for their possessions. The issue continues to circle between the City, businesses, shelters, homeless people and the RCMP.

"I gotta start over again - get blankets and stuff and there's nowhere I can go to get it,” said Robbie.

“So I'm only resulting to one thing - is to go back and steal from stores and that's gonna land me back in jail - it's a cycle I'm trying to break,” he said.

“Officers will educate these individuals upon contact relating to the regulations and remind them of the free transient storage program at the Gospel mission to avoid having items left on the street or in a park impounded,” said Wilson, communications officer for the City of Kelowna.

This means possessions could be stored overnight, but it would make for a cold night on the streets.

Rhodes has spent much of his life on the streets and says he feels like he’s a problem that no one wants to deal with.

"Don't die over here, go die over there,” said Rhodes.

“It’s especially tough in the winter, but gets easier in the summer,” he said.

Over the next year and a half, the City is moving to address the homeless situation in Kelowna with a new Homeless-Serving Systems Strategy. The goal is to bring local agencies together to tackle homelessness issues.

For now, the issue of people sleeping on the streets, getting fined, losing their belongings and being shuffled around - remains unsolved. Local businesses say the city needs to do more than enforce a fine.

"A tent city is what we need," said Robbie. "Pick a spot and let us stay there and leave us alone."

"We need to pay attention to the homeless, we don't need to sweep 'em under the carpet like they been doing," said Fred.

Business owner, Chad Abougoush thinks the city should look to other communities for ideas.

"I know that there's a lot of examples through Canada where they've made some positive change in the homeless,"said Abougoush.

"I look at the old A & B sound building, which has been vacant for - I don't know - seriously like the last ten years."

"It's open one month out of the year to sell Halloween costumes...that's a humongous area in there that they could house a lot of people out of," he said.

What do you think needs to be done? What issues need to be addressed? Who is responsible for the solution? Government? Community?

Tell us your thoughts below!

Technicalities allow Kelowna’s homeless to sleep on the sidewalk