An activist group from Surrey is in Kelowna today to demand police officers stop “invading the homes” of people sleeping in tents on Leon Avenue.

Alliance Against Displacement, which describes itself as “anti-capitalist and anti-colonial,” said it will be hosting a press conference with the street’s residents later today.

The group is also demanding: 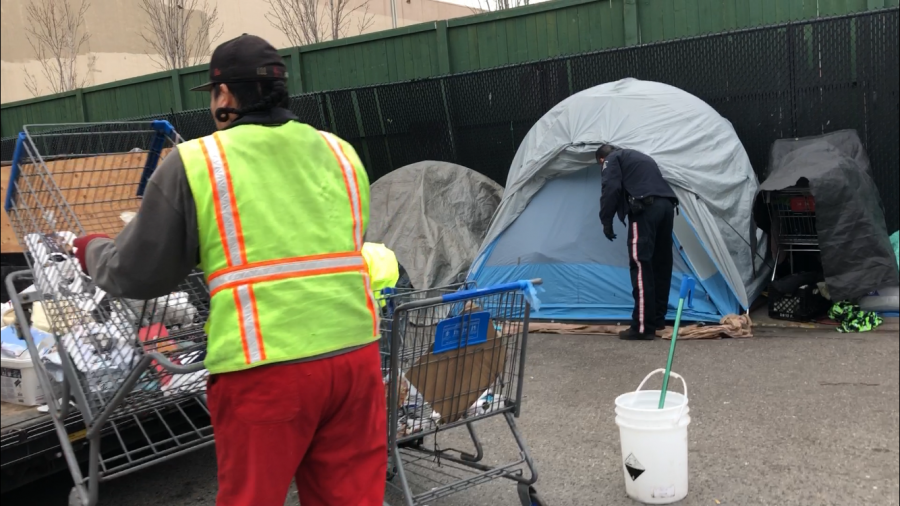 They said the press conference, being held at 1:30 pm, has been called by the homeless residents of the street.

Expanding on their points, the group said that shelters – to which the people on the street are expected to be moved later in the month – are not a “suitable alternative to a tent city”.

That’s because shelters can be even less safe than the streets, they added.

They also argued there will not be sufficient beds for all the occupants of the street.

The group also said that the Section 8 rights of the homeless people on Leon Avenue are being violated when officers open their tents to look inside.

“We demand that police and bylaw follow the law and respect our tents as our private domiciles, entering them only when we give explicit, written permission, or under the same conditions that would allow them to enter a private apartment or house,” they wrote.