(UPDATE: 1 p.m.) - RCMP have confirmed that the body pulled from Okanagan Lake this morning was an adult woman.

It was first spotted floating face down near City Park shortly before 10 a.m.

Emergency crews were unable to revive the woman and police are now continuing the investigation into her death, but criminality is not suspected.

No more details can be released at this time and the victim's name will not be released.

(Original story: 11:30 a.m.) - There was a heavy police presence at City Park in Kelowna today after a body was pulled from Okanagan Lake this morning.

The body remained under a white tarp on the beach while officers waited for the coroner to arrive on scene. 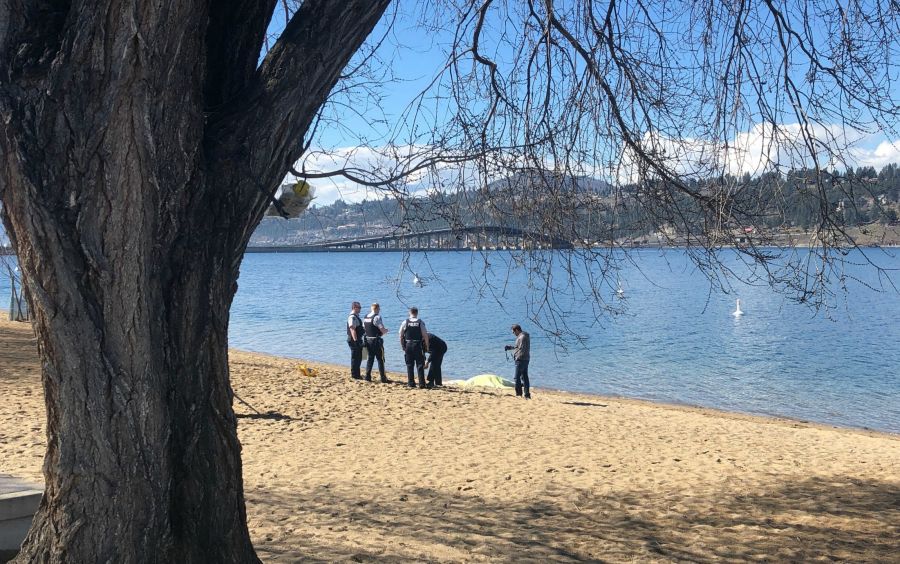 Once the coroner arrived and did his job, police were able to remove the body from the area.

An officer told a NowMedia reporter that there was nothing suspicious about the death and that it was "a sad situation."