A new billboard campaign is being launched in the Kelowna area that hopes to change the way people think about their food.

“We are encouraging our community to consider veganism as a way to prevent extreme animal cruelty, and as a way to improve personal health and protect the environment,” says Wendy Aigner, the spokesperson for Kelowna Vegan Advocates. 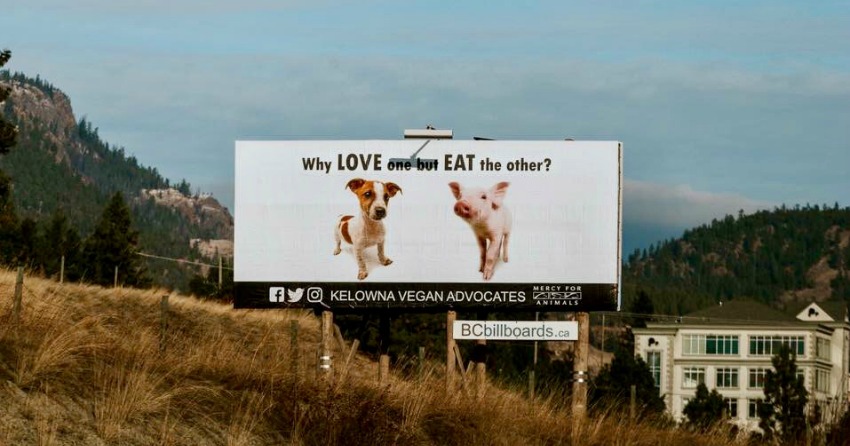 Aigner, who is also a Holistic Nutritionist and organizer of Anonymous for the Voiceless Kelowna Chapter, says they have one simple message about why people love some animals, yet eat others.

“We want people to really think about ‘what is the difference?’” says Aigner.

The first billboard has already been put up along Highway 97, located on the Westside two kilometres past West Kelowna on the way into Kelowna, and Aigner says it is the first of its kind in the area.

“A lot of people just don't know where their food is coming from, so we just want to raise awareness,” she says.

She adds that they purposely avoided the more graphic imagery that is sometimes used, as it turns people off.

“We thought really long and hard about the image we wanted to project, and this image with the puppy and the piglet, it’s really just asking people to think about these arbitrary decisions that are made and are ingrained in our society and our culture.” 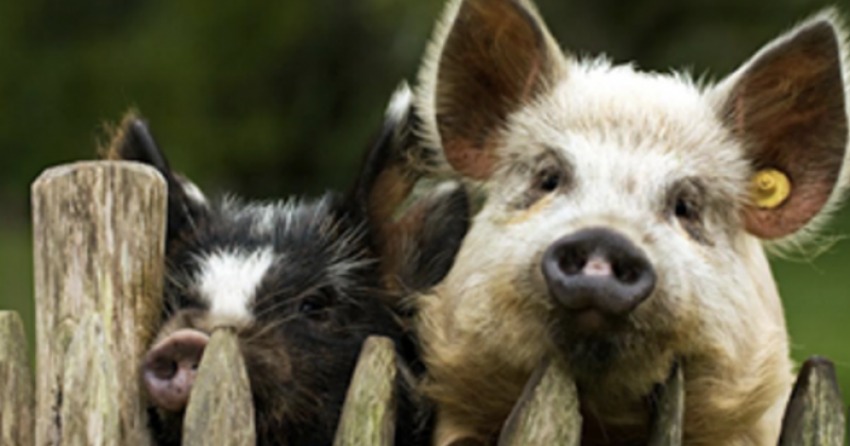 Aigner says that while it is unacceptable in our culture to eat dogs or cats, it is normal in other cultures and we consider it animal cruelty. She adds that eating piglets, cows, or chickens is considered different in our society purely because it is ingrained in our society, but it shouldn’t be seen as any different.

“There’s a lot of cruelty there,” says Aigner. “The way pigs are raised, they never get to see outside. The only time a lot of animals, pigs, chickens, cows, ever get to see sunlight is when they’re on the truck to the slaughterhouse.”

The advocacy group contributed and raised funds for the campaign through a GoFundMe account, with all the money going towards the cost of creating and putting up the ads.

The ad will be up along Highway 97 until Feb. 11th, 2018, and they hope to bring vegan bus ads and more billboards to Kelowna soon.