Concerned citizens continue to respond to a controversial future wet housing development set to be constructed in Rutland.

A GoFundMe was started yesterday in order to somehow stop the housing facility from becoming a reality in the neighbourhood. 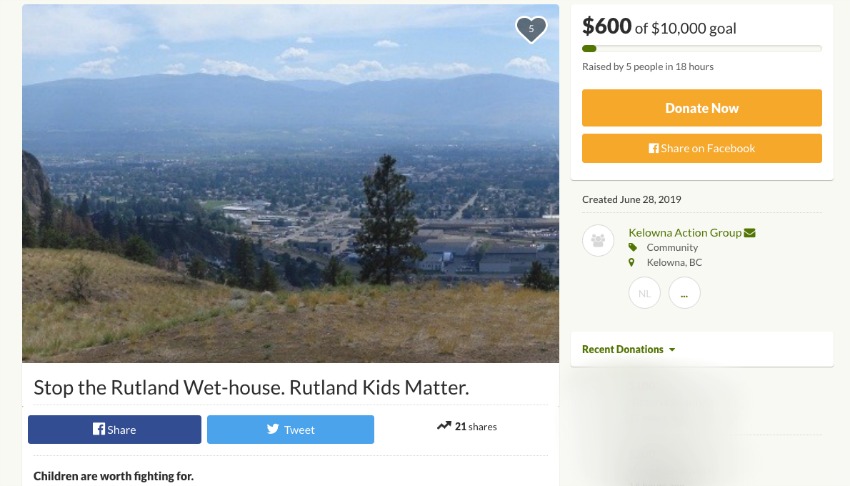 “In order to fight, we need funds,” the campaign says. “Any funds contributed here will go directly towards the fight for the children of Rutland.”

The campaign, which was organized by the “Kelowna Action Group”, says that those funds will specifically cover things like legal counsel and marketing.

“Every penny you contribute is a signal to those children and their families that they matter.” 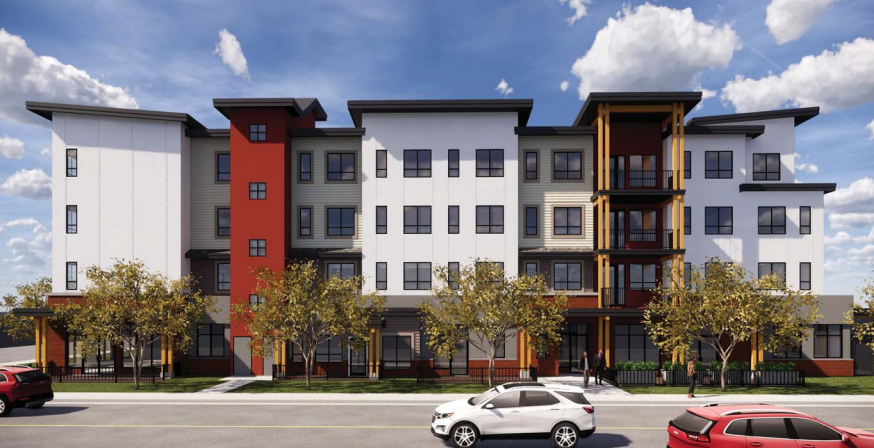 A website called startcomplaining.ca was also launched this week in response to comments made about the development by Mayor Colin Basran.

On June 17, after approving a form and character design application for the supportive housing project on McCurdy Road, Basran was quoted saying “the time to complain is over, I thank everyone who has gotten behind the plan and become part of the solution.”

"The website is a tool to help organize our voice of opposition," said Dan Grant, a representative of startcomplaining.ca. "We're not against supportive housing, but we're against this project's location and we're going to continue to fight it."

According to the 2018 Homeless Count, there were 286 people experiencing homelessness in Kelowna.

“The city’s shelters are consistently over capacity and the BC Housing Supportive Housing Registry has more than 500 people currently on the waitlist for units in Kelowna,” says BC Housing.

Once the project is constructed, it will house individuals experiencing homelessness as well as youth between the ages of 19 and 24.

“This housing will be available to people currently living in the community who are experiencing homelessness, targeting people further along their recovery journey,” says BC Housing.

They explained that the housing will be prioritized for people who are either already on a path to recovery from drug and/or alcohol use. One floor of the 49-unit building is expected to specifically support youths.

The Canadian Mental Health Association of Kelowna will oversee the day-to-day operations and provide 24/7 support services to residents.

BC Housing says that applicants will go through a thorough assessment process to ensure an appropriate mix of residents with the right supports. All residents will sign a program agreement and will pay rent.

Construction is set to begin this summer, with the new homes anticipated to open in summer 2021.