(UPDATE: Aug. 8 @ 2:30 pm) – On Monday, Kelowna City Council gave the green light to a uniquely shaped building that is proposed for the corner of Leon Avenue and Water Street.

Kelowna City Council voted unanimously to issue the development permits for the two storey commercial building that could likely be home to a future restaurant.

Councillor Ryan Donn thought it was “a good win for the community and it was nice to see some creativity.” 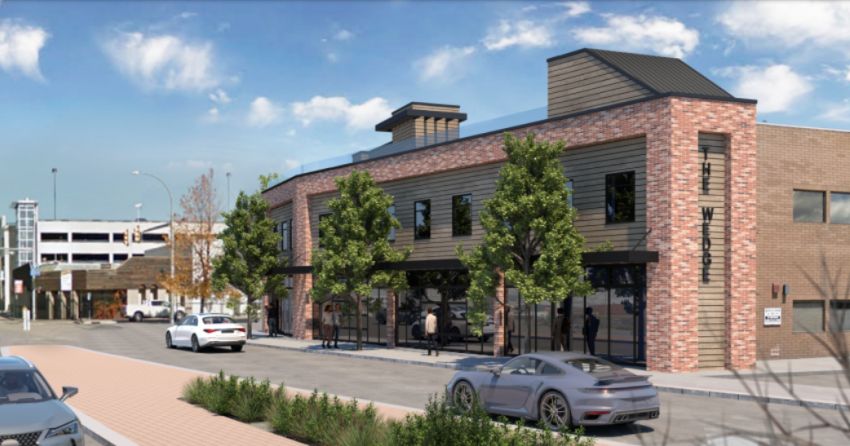 This was not the first application for this property. A previous application proposed a six-storey office building with a ground floor commercial unit.

“I’m really happy to see what they’ve come back with.”

According to staff, this type of building is suitable for the downtown core because it utilizes a small, awkwardly shaped parcel located at 1659 Water Street.

The new design plan shows a building with 227 square metres of floor space plus a rooftop patio.

No variances were requested for this proposal.

“This has been kind of a dead zone for a long time,” said councillor Brad Sieben, who also supported the project.

“This finishes off a pretty key corner for us, especially with a lot of development happening across the street (on Leon Avenue).”

However, due to the more central location of the site, the developer will not be providing on-site parking but rather $66,000 cash-in-lieu for the two required spaces.

Councillor Charlie Hodge was skeptical about the lack of parking spaces and wondered how the future use of the building impacted the number of parking spots. 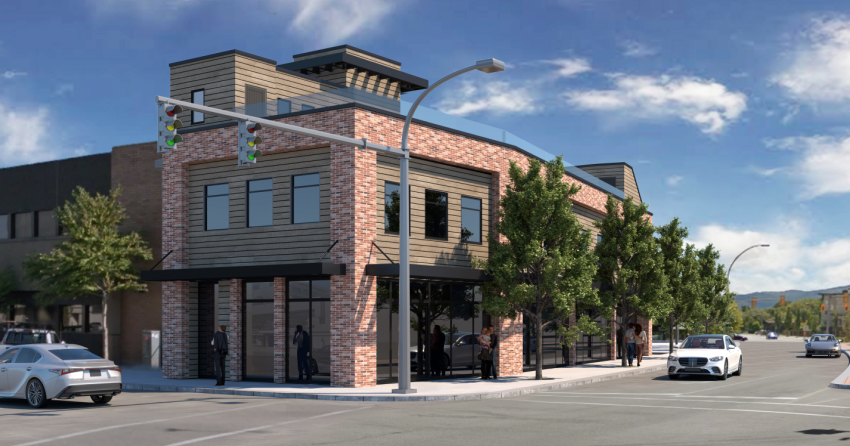 “Parking is calculated on the different use categories. So, this parking would have been commercial use,” explained city staff

“The fact that it does not have any parking is not that different than many of the other restaurants in the area.”

Staff added that restaurants in the downtown core, along Bernard Avenue and Water Street, are typically more urban and some have large capacities with no parking at all.

Additionally, the cash-in-lieu will go towards the city’s investments into future parkades and other parking projects in the down area.

(Original story: Aug. 6 @ 12:21 pm) – The development permits for a unique building in downtown Kelowna, which has been dubbed “The Wedge,” could be issued by city council on Monday.

Kelowna city staff are recommending support for the two storey commercial development that is proposed for the corner of Leon Avenue and Water Street.

Staff explain that the proposal complies with the Official Community Plan policies to intensify under utilized small parcels in the downtown urban centre.

“The proposal requires two parking stalls based on the amount of commercial gross floor area,” reads staff’s report, which is headed to Kelowna City Council on Monday.

“The applicant is proposing to provide cash-in-lieu of parking.”

According to the application, amount of cash in lieu of parking would amount to $33,000 per stall. 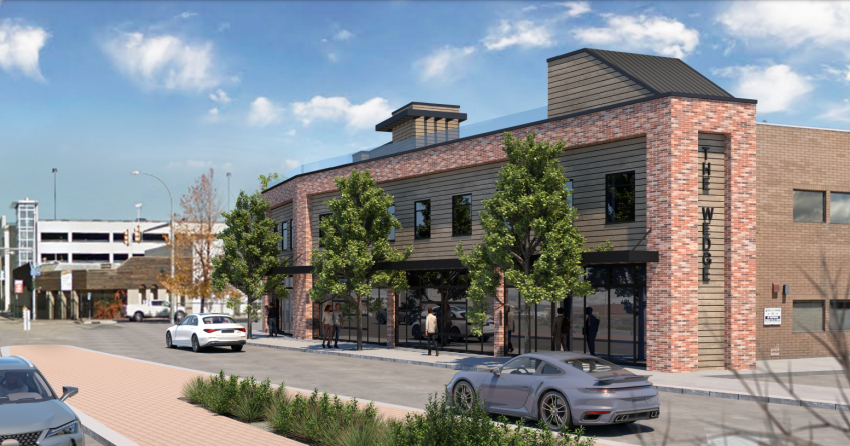 City planning staff say they support this proposition because the format of the building is suitable for a restaurant which would serve the downtown patrons and future residents from adjacent developments.

The two storey development is not requesting any variances and proposed 227 square metres of floor space with a rooftop patio.

"The ground floor contains overhead doors facing Water Street with the main entrance at the corner of Water Street and Leon Avenue.”

Kelowna City Council will consider this application during the regular meeting scheduled for Aug. 8 at 1:30 pm.