(UPDATE: Sept. 23 @ 1 pm): The woman whose 11-week-old puppy was taken from her Kelowna yard has explained how she got her beloved pet back.

Czupa, a Boxer/Mastiff cross, was snatched from the yard of Tanjica Krcmar's Burtch Road home on Friday afternoon when she stepped out for a short time.

Krcmar told KelownaNow she received a tip on Facebook from someone who believed they had seen Czupa.

The dog was with a man, but the tipster's attempts to buy it back for her had failed.

Krcmar decided, therefore, to go to a location at which the tipster said the dog might be found on Tuesday night. 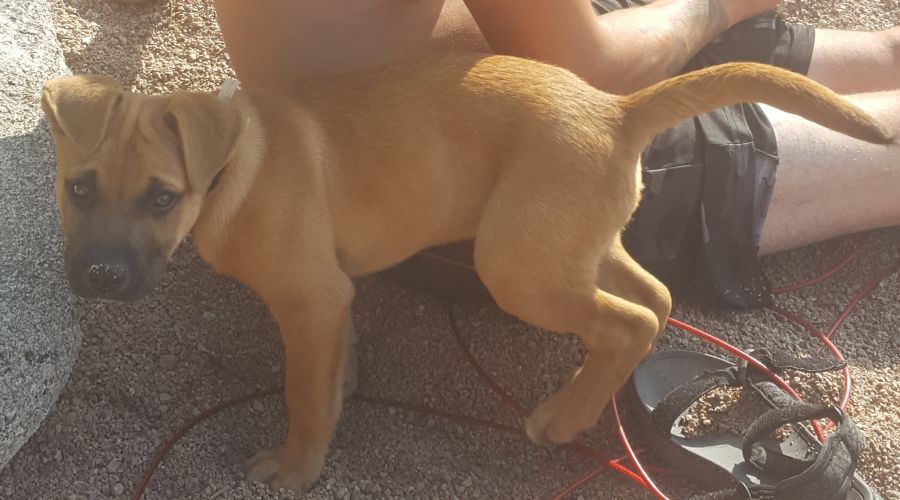 After a two-hour stakeout at the location, she said she saw a man with the dog and followed him when he got into his car.

But the pursuit, which she said was at one point "like a film," ended when the driver appeared to realize he was being followed and managed to lose Krcmar.

Thirty minutes later, just after midnight, the dog was dropped off at the RCMP Detachment.

Krcmar said she was delighted to have the dog back, who is now "very happy" to be home. She has paid the tipster the promised $500 reward.

But she also addressed a deluge of negative comments on social media from people rebuking her for leaving the dog alone.

"I think people are mostly ignorant," she explained, adding that she has never left the dog unattended for more than an hour.

"It was probably too long to be out, but I've always lived on a farm, where that's just how it is. I've never lived in a city. I'm not used to this mentality."

She said she will now be investing in more sophisticated home security.

The RCMP, meanwhile, said it was still investigating the theft.

"We followed up on numerous leads from the community," said Cpl Jocelyn Noseworthy.

"Just after midnight on Sept. 23, the puppy was dropped off by an anonymous man at the Kelowna RCMP Detachment. We were then able to reunite the overjoyed owner and puppy."

Krcmar added that she believes Czupa was not taken by the man she followed.

Instead, she said, someone else took the dog and then sold it to the man.

Tanjica Krcmar, who first posted online about the missing Boxer/Mastiff cross, wrote early this morning that the puppy has been returned.

Krcmar said the dog is "happy" but did not explain what exactly had happened or how it was brought home.

She said she "followed a tip" about the dog and "it panned out." 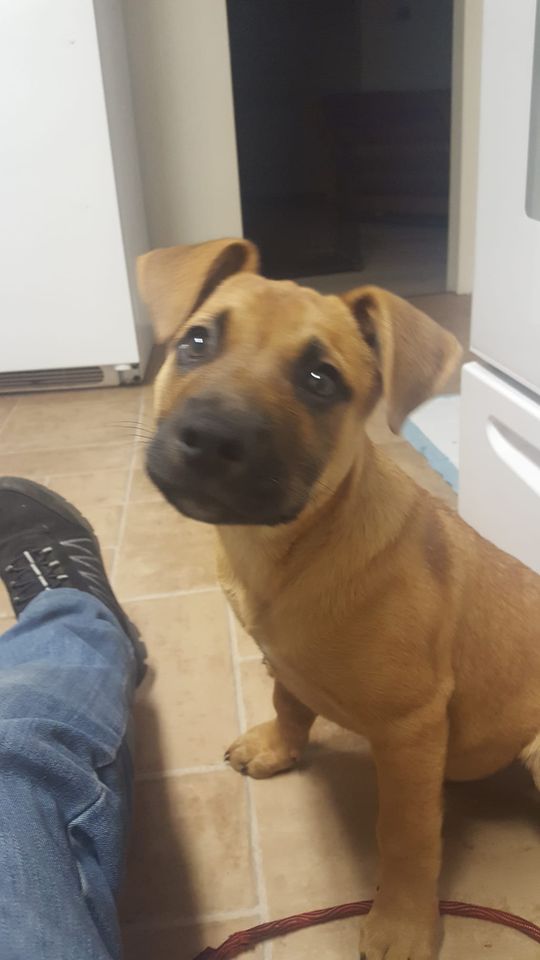 She added that a "dude turned him in to the RCMP," but this has yet to be clarified.

(Original story: Sept. 21 @ 9:45 am): The Kelowna RCMP has joined efforts to find a puppy that a resident said was stolen last week.

Its owner had been out for a short time when the theft is believed to have occurred.

“The puppy had been tied onto a dog run in the yard,” said Cpl. Jocelyn Noseworthy of the Kelowna RCMP.

“The owner returned to find the lead still there, but the puppy gone.”

The puppy is described as:

· Fawn-coloured with a black nose

Anyone with any information about this crime can call the Kelowna RCMP at 250-762-3300.

Stay anonymous by contacting Crime Stoppers at 1-800-222-8477 or online at crimestoppers.net.

The dog’s owner is also offering a reward of $500 for its return.