Kelowna Mounties are looking for a suspect vehicle involved in a stabbing last month.

Police said that just after 12 am on December 18, 2021, three men were walking in the area of Lawrence Avenue and Ellis Street when they were approached by a dark coloured SUV. A confrontation ensued, and a man associated with the SUV stabbed one of the three men. 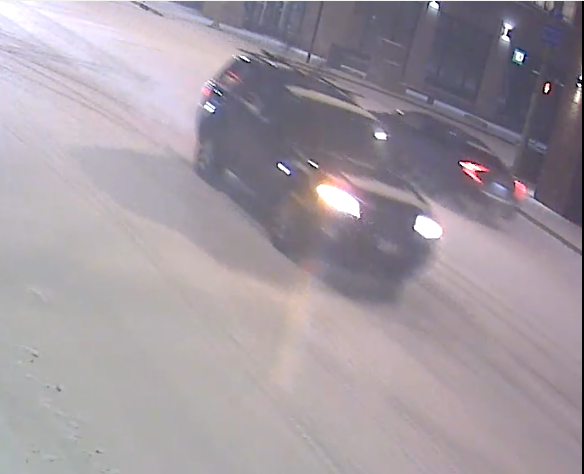 The victim, a 33-year-old man from Kelowna, was transported to Kelowna General Hospital by paramedics with serious but non-life-threatening injuries.

The investigation is on-going and is being led by the Kelowna RCMP General Investigative Support Team (GIST).

Investigators say they have identified a vehicle of interest, and believe it to be a black Ford Explorer with a single kayak roof rack on it.

“This was an unprovoked act of violence,” said Cpl. Tammy Lobb, Media Relations Officer for Kelowna RCMP. “If anyone has information about this stabbing, our investigators want to hear from them.”

Anyone who may have witnessed this incident or may have dashcam footage of it, is asked to contact the Kelowna RCMP GIST by emailing E_Kelowna_General_Enquiries@rcmp-grc.gc.ca and quoting file 21-82304.

To remain anonymous, call Crime Stoppers at 1-800-222-8477 or leave a tip online at www.crimestoppers.net