UPDATE: No one injured from boat ramming into wooden boom near Kelowna Yacht Club: RCMP

(Update @ 6:15 p.m.): Kelowna Fire crews found an abandoned boat lodged up against the Kelowna Yacht Club boundary on Sunday morning, but have since discovered no one was injured.

At approximately 3:30 a.m. Kelowna Fire Rescue and RCMP were notified of the abandoned boat, which "appeared to have crashed into the log boom near the Kelowna Yacht Club," they say.

KFR attended the scene and found the boat empty. A search of the surrounding area was conducted and they deduced that there were no occupants in the water.

The boat, which has since been recovered by a crane with assistance from West Kelowna Marine, was a black Tige RZ2.

Police were able to find the owner and "confirmed that the operator and passenger were not injured during the collision," says Cst. Lesley Smith, Kelowna RCMP.

“Police are reminding Boaters to ensure their water craft is equipped with proper lighting and they remain vigilant of their speed and surroundings at all times, especially when approaching the shoreline and docking area.”

(Update @ noon on May 13): The boat that crashed into a boom near City Park is being removed by a crane.

It is still not clear how the vessel ended up in the awkward position. 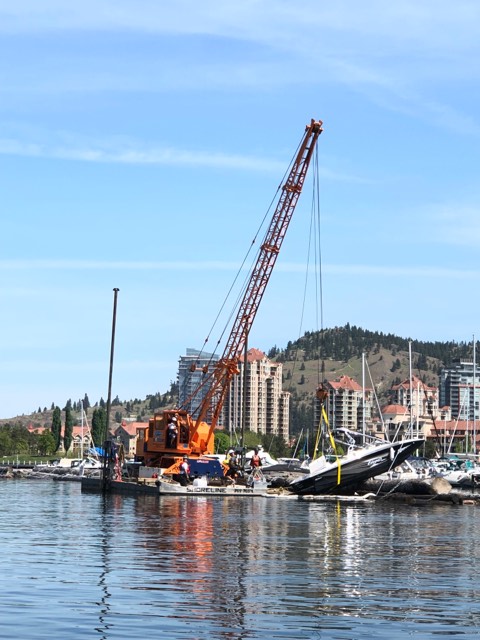 KelownaNow will update this story as soon as concrete facts are available.

KelownaNow readers got in touch to report the bizarre sighting of a motorboat pointing bow-first into the sky. 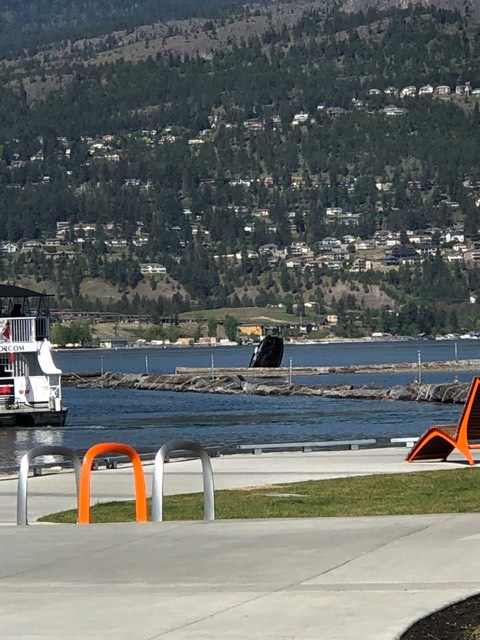 It is not clear how long the boat has been there or whether any passengers were injured in the crash.

This story will be updated with more information when it becomes available.