Tom Dyas has announced he is once again running to be Kelowna’s mayor.

The TD Benefits owner, who was comprehensively defeated by Colin Basran in the 2018 election, emphasized crime, housing and taxes when he launched his campaign ​​at Rutland Memorial Hall on Wednesday night.

“Kelowna has seen tremendous growth over the last eight years and while we’ve seen some positive changes, our leaders have failed to address many of the key priorities of our residents,” he said.

“Kelowna has one of the highest crime rates in the country, housing prices are out of reach for too many, our infrastructure is ageing and yet we’ve seen 29 per cent increase in taxes over eight years — it’s time for residents to get results.” 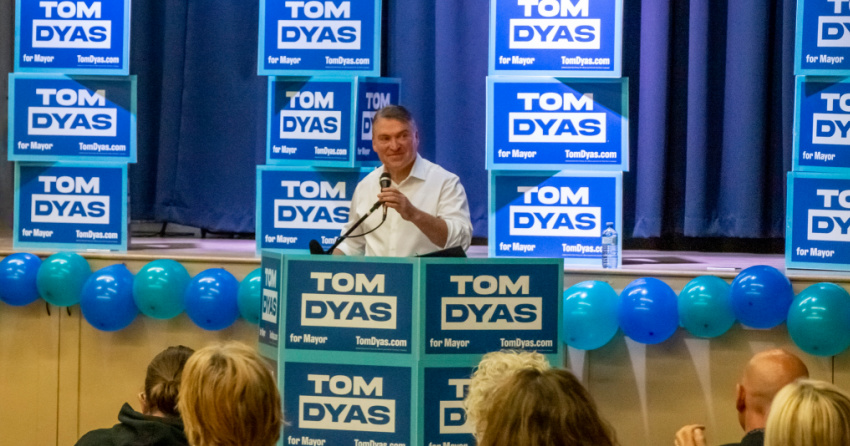 Dyas was previously the head of the Kelowna Chamber of Commerce, and also led the city’s successful Memorial Cup bid in 2020.

He also sought to highlight his work in the community, particularly with Kelowna Minor Hockey, and time spent “sitting on countless community steering committees and boards” such as the Journey Home Task Force and Child Advocacy Centre.

“Residents need a mayor who will listen to them when they say crime has gotten worse, housing is unaffordable, roads are congested, and a 29 per cent increase in property taxes is too much,” Dyas said.

“Being a leader means listening and stepping up when others won’t — and that’s what I’ll do as your mayor.”

Municipal elections are due to be held across the province on Oct. 15.