A petition calling for a Kelowna RCMP officer to be fired and charged with assault after a video was released showing her dragging a student across the floor has attracted hundreds of thousands of signatures.

Mona Wang, a UBCO psychiatric nurse, has filed a civil claim against Const Lacey Browning, alleging she was assaulted during a Jan. 20 wellness check when her boyfriend called emergency services for help.

Part of Const Browning’s response to the call was caught on camera, sparking widespread outrage and accusations of police brutality.

The petition, which was set up last week, has close to 350,000 signatures as of the morning of July 1.

It is addressed to the following people and organizations:

Const Browning, who disputes Wang’s claims and insists she used only necessary force, has already been moved to administrative duties while an internal investigation is carried out.

The petition – started by a user named “Teo D,” whose avatar is an image associated with the Black Lives Matter movement – said Const Browning’s actions amounted to “abuse.”

“Browning's job was to de-escalate a situation and help someone in a mental health crisis,” it reads.

“Not only did she fail to do her job correctly, she also physically abused Wang.” 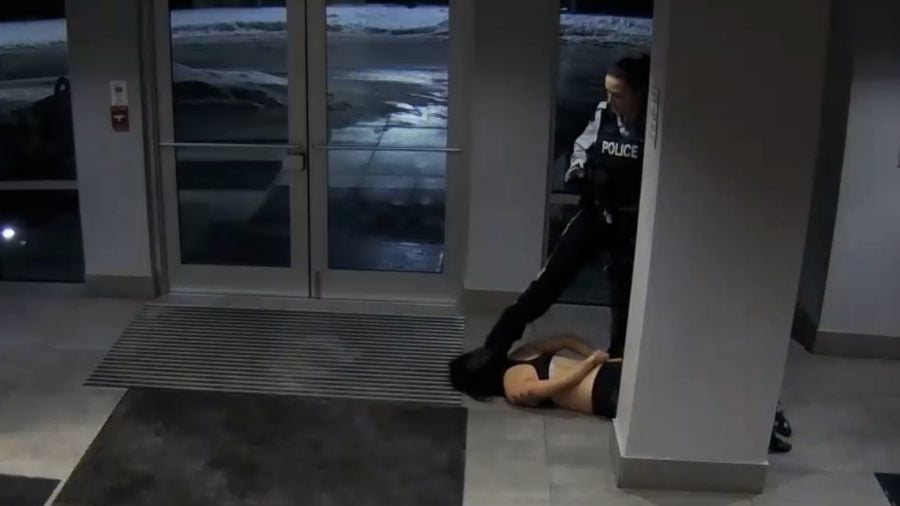 The petition adds that people with mental health problems “should be met with trained professionals, not uniformed officers.”

“The most vulnerable people in our communities should not be dragged down hallways, pulled by the hair, and stepped on in their times of need,” it adds.

“We are calling on the RCMP and the Canadian Government to fire Officer Lacey Browning and charge her with assault. She must not be allowed to hurt an already struggling person ever again.”

None of the claims made against Const Browning have been proved in court.