There isn't a single 1- or 2-bed apartment in Kelowna that a minimum wage worker could afford, study finds

There are zero one-bedroom or two-bedroom rental apartments in Kelowna that are affordable for workers earning the minimum wage, a damning new report has found.

The Canadian Centre for Policy Alternatives claims in its study that someone working full-time for the lowest legal wage in Canada can afford a one-bedroom rental in only 9% of 795 neighbourhoods it focused on.

That figure falls to 3% when looking at two-bedroom apartments.

The report defines “affordable” rent as 30% or less of a renter’s pre-tax income, the same cut-off used by the federal government. 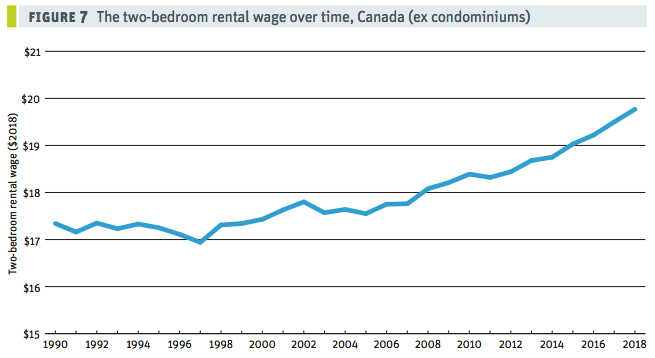 Kelowna is one of 23 cities featured in the report to have zero affordable apartments.

The other British Columbian cities that fall into that ignominious category are Vancouver and Victoria.

With a minimum wage of $13.85 an hour as of June 1, 2019, the report shows that Kelowna’s lowest-paid residents would have to work for 61 hours a week to afford a one-bedroom apartment.

To afford a two-bedroom apartment, they would have to work for 75 hours.

Roughly one-third of households, or 4.7 million, are renters and they are often low-income earners, or young adults, or newcomers to Canada.

Average rents, adjusted for inflation, have increased since the early 1990s as construction of traditional apartments declined in favour of homes and then condominiums, study author David Macdonald said.

In the 1970s, he said, it wasn’t uncommon to see 100,000 new, purpose-built rental units being constructed each year, “which is an incredible amount of new rental housing being put into the market.” 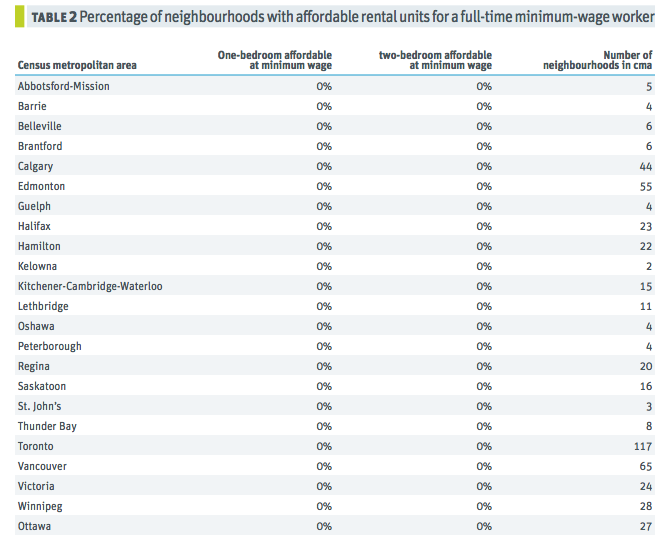 While there has been some uptick in rental construction over the last decade — mostly in the luxury rental market, Macdonald said — the Liberals hope to use billions in federal funding to help finance more than 100,000 new rental units.

At the rate that money is being committed to projects, the study estimates most units won’t come open until the late 2020s.

Combining provincial and federal commitments, the study projects an average of 15,400 new rental units annually, well below the number the country saw decades ago when the population was smaller.

“The Canada Housing Benefit is a good short-term solution as we wait 10 years for the rental housing market to build up and then hopefully increase vacancy rates and also stabilize rents,” Macdonald said.